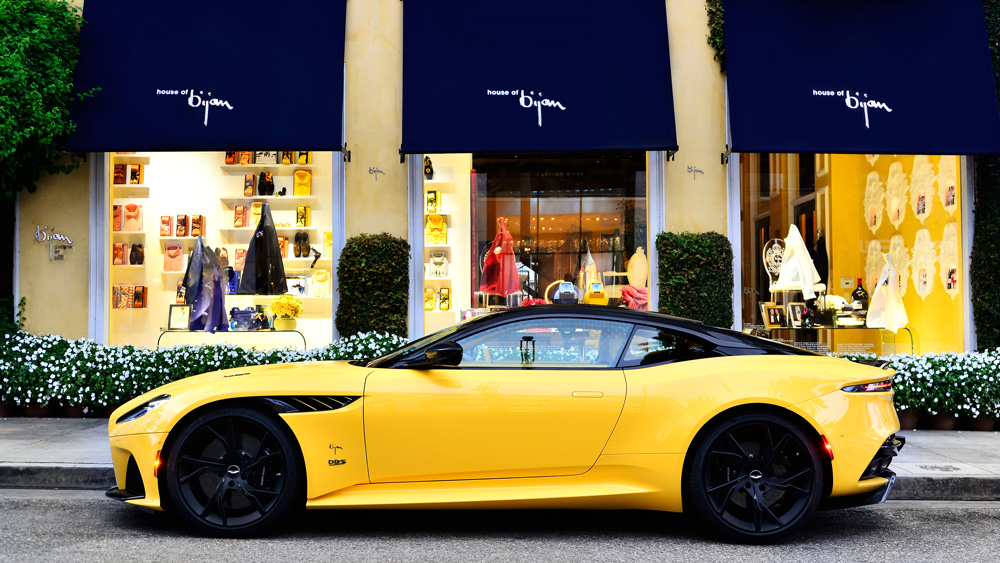 It rarely occurs that two luxury icons collaborate to create a special-edition automobile that reflects the aesthetic vision of both brands. But that’s exactly what men’s fashion leader House of Bijan and British carmaker Aston Martin have done, recently unveiling the Bijan Edition DBS Superleggera.

Aston Martin calls the DBS Superleggera their ultimate production car. We can’t argue; with a 5.2-liter V-12 engine that makes 715 hp, it’s the most powerful production Aston ever made. It’s certainly the most aggressive—and visually arresting—model within their series-production lineup. What House of Bijan did to make the DBS Superleggera Coupe more special still was collaborate with “Q by Aston Martin,” the factory’s personalization service, together creating a DBS that wears the Bijan brand beautifully.

“We are thrilled and honored to have teamed up with Aston Martin Lagonda. Each Bijan Edition DBS Superleggera is truly a piece of drivable art and a collector’s dream,” said Nicolas Bijan, of the House of Bijan, at the unveiling. “This special edition perfectly embodies the ultimate attention to detail, sophistication, and of course timeless elegance.”

While every Aston Martin commands attention, the Bijan Edition features subtle refinements that reward careful observation. On the car’s sensuous hood, a subtle paisley pattern, visible only in raking light, is ghosted into the glass-like paint surface. Inside, upholstery detailing is finished in soft alligator leather, while trim in exotic wood veneer is personalized with the owner’s initials.

The House of Bijan insignia is discreetly used as a graphic device throughout. The first example has been painted in Bijan’s signature yellow, a not unfamiliar sight on custom-commissioned cars often parked in front of the now-iconic Beverly Hills location on Rodeo Drive. The new edition is available by order through Aston Martin authorized dealers worldwide, as well as through the House of Bijan.