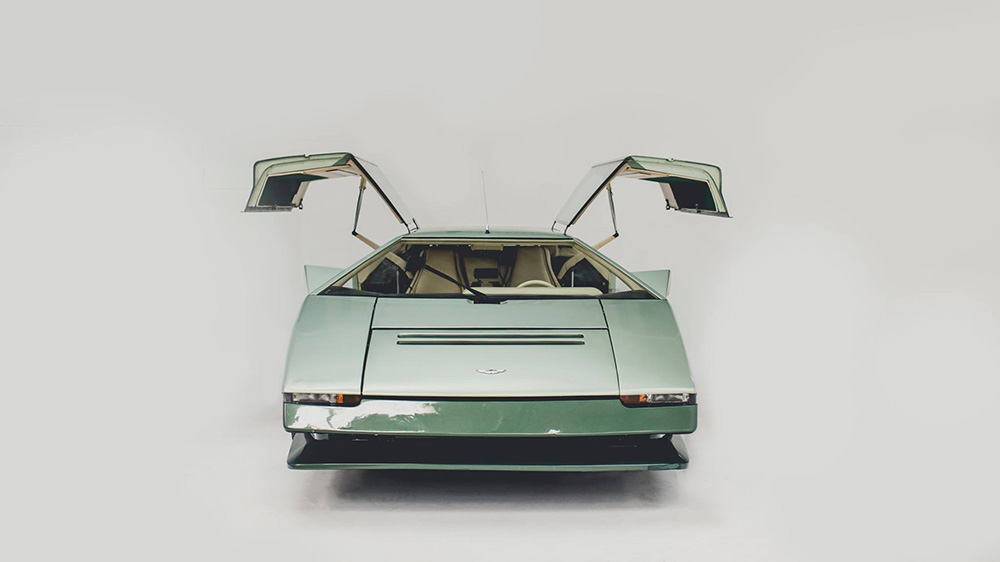 Despite a truly bold design and the promise of next-level performance, the Aston Martin Bulldog supercar is remembered as little more than a one-off curio at this point.  But a British restoration shop wants to remedy that.

Classic Motors Cars in Shropshire, England, is in the midst of what will be an 18-month-long refurbishment of the one and only Bulldog ever made. But the company isn’t just looking to restore the concept car to its former glory; it wants to help the vehicle finally hit a top speed of 200 mph.

Introduced at the dawn of the ‘80s, the futuristic-looking Bulldog, initially dubbed Project K.901, was designed with the intent of becoming the world’s fastest production car. But before it could reach its 200-mph goal—it topped out at 192 mph in 1981—Aston Martin pulled the plug on the entire William Towns-designed project, having decided it wasn’t a prudent way to spend money, according to CMC. A few years later, the one-off prototype would be sold to a collector in the Middle East and would begin to fade from memory.

But the Bulldog is about to get a second shot at glory. The wedge-shaped supercar was recently tracked down by the son of former head of Aston Martin and then purchased by an enthusiast from the US, according to BBC.  The car’s new owner has entrusted it to CMC for a full restoration, which will include the car being returned to its original silver and grey color scheme and a complete overhaul of its 5.8-liter V8. Once that’s done, the plan is to get the car to finally top 200 mph.

“At the moment we are assuming that nothing on the car works, and I am sure that as we take it apart we’ll find all sorts of challenges,” shop boss Nigel Woodward told Top Gear earlier this year. “We have a huge history file on the car and are working with the engineers who originally built the car, but there is much more we would like to know.”

Classic Motor Cars began working on the Bulldog in March, so the car should be ready to reach 200 mph sometime next summer. And the supercar may prove to be even faster than that, as there was some belief at Aston Martin that the car could reach 237 mph during development.