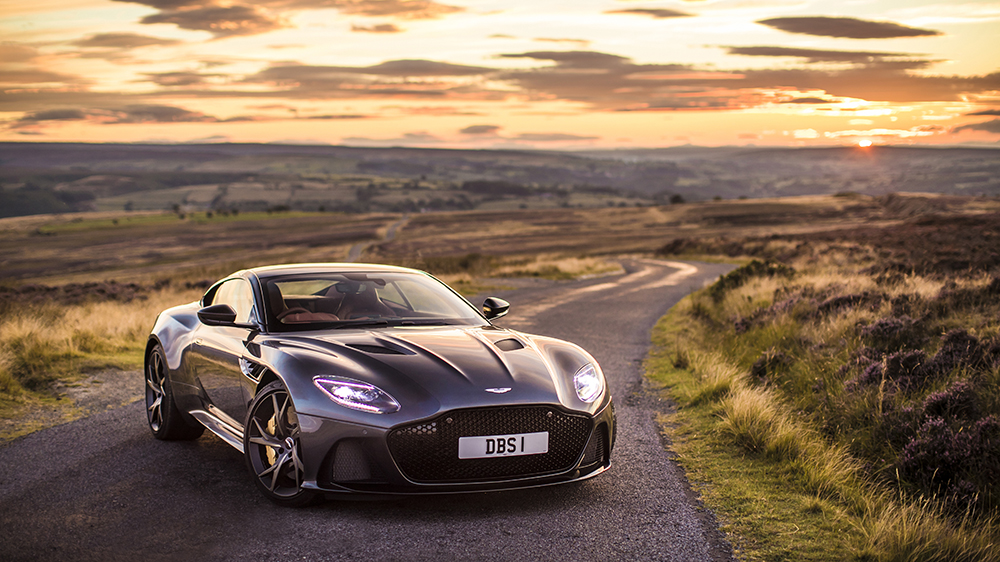 The long-running love affair between James Bond and Aston Martin appears to be nowhere near its end. With six months to go before the release of the next film in the beloved spy franchise, the British automaker marked “James Bond Day” by confirming that four models from across its 102-year-history would make cameos in 007’s next adventure, No Time to Die.

“Past, present and future,” the company wrote on Twitter, before continuing, “From the classic DB5 and V8 Vantage, to the new DBS Superleggera and Aston Martin Valhalla, there is something for every Bond fan.”

As the tweet makes clear, the automaker’s past is well represented in the lineup. Up first, of course, is the car most associated with Bond, the DB5. This will be the silver coupe’s ninth appearance in the series, and this summer one of the DB5s used to promote the third and fourth films in the franchise, 1964’s Goldfinger and 1965’s Thunderball, sold for $6.4 million at auction. Then you have the 1977 Series II V8 Vantage. The black two-door last appeared in 1987’s The Living Daylights.

Past, present and future.

To mark the 25th Bond film, #NoTimeToDie, four of our cars will be featured in the film.

From the classic DB5 and V8 Vantage, to the new DBS Superleggera and Aston Martin Valhalla, there is something for every Bond fan.#JamesBondDay@007 pic.twitter.com/cmKvswriHo

But the company’s present day is also well represented in the film. Earlier this year, the company announced that its new mid-engine supercar, the Valhalla, would appear in the film. The fourth and final car in the lineup was confirmed on Saturday, the DBS Superleggera. This is the second Bond-related announcement regarding the car this year. In July, the company announced it was putting out a limited-edition DBS Superleggera to celebrate the fiftieth anniversary of the sixth film in the franchise, 1969’s On Her Majesty’s Secret Service.

You’ll be able to see the cars on the big screen on when No Time to Die hits theaters on April 8, 2020. The 25th film in the franchise will see Daniel Craig portray Bond for a fifth time and feature a story co-written by everyone’s current favorite screenwriter, Phoebe Waller-Bridge.