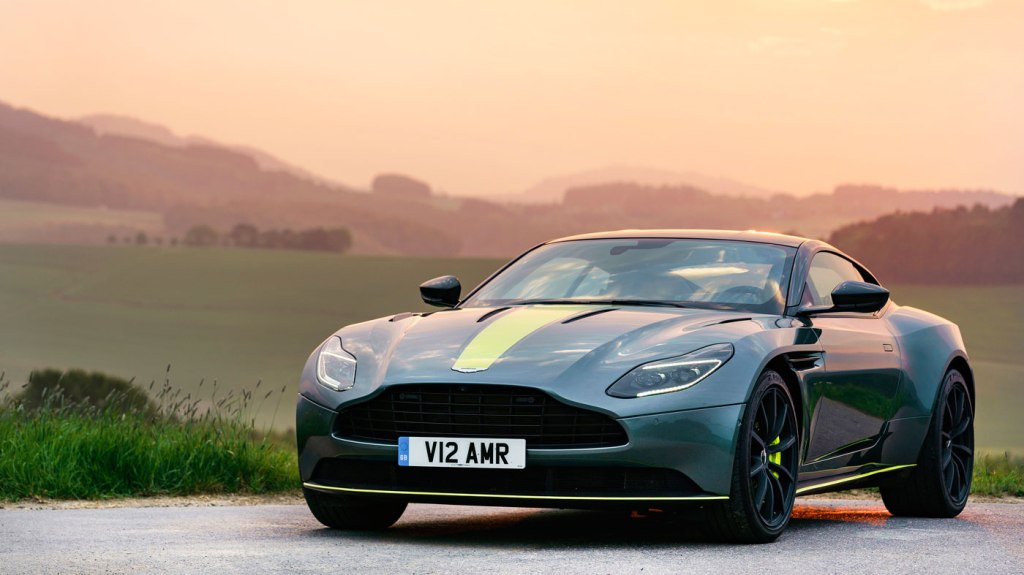 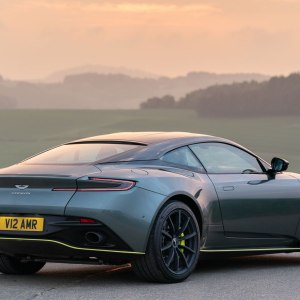 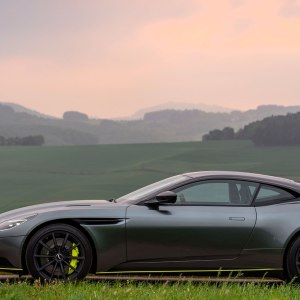 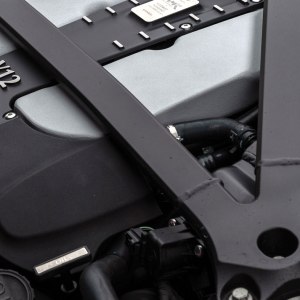 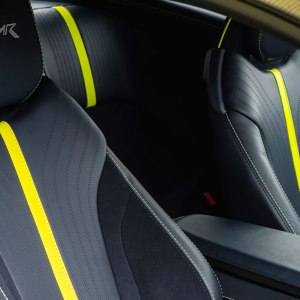 Given a choice between Aston Martin’s V-12 or V-8 version of the DB11, I would have, until this week, selected the latter. The V-8 weighs less, it handles like a proper sports car, and its AMG-sourced heart sounds like a brutal beast ready to devour—all the attributes you’d want from an Aston Martin. But recently I had a go in the DB11 AMR, a V-12-powered hellion that’s been sharpened by Gaydon, by way of Nürburgring’s testing ground, and my decision is now different. In fact, it wouldn’t be a stretch to call the new 12-cylinder variant the best grand tourer available today.

Near Germany’s most famous racetrack, Aston Martin let slip the DB11 AMR’s reigns and released us into the wilds of the country’s winding roads. It makes sense to bring the super grand tourer here because, after all, the Nürburgring and surrounding pine-tree-lined landscape is where this stallion was developed and perfected. And from the initial push of the starter button, it was readily apparent that this latest iteration is not only the DB11 you want, but the DB11 you need.

When it launched, the original DB11 featured a newly developed, extruded aluminum chassis that was well-adapted to the task of grand touring. The car was set up wonderfully right out of Gaydon’s gate. It was fast, sleek, and sultry, and it handled reasonably well for a car carrying its weight and overall footprint.

However, there were some flaws that could be improved upon. Chief among them was the DB11’s propensity to push toward understeer through tighter turns, caused by the V-12’s heft just behind the front axle. This led the DB11 to plow toward the outside of a turn and then snap into oversteer when you got on the gas—not the right characteristics of a sports coupe.

Aston Martin’s “fix,” however, wasn’t as universal as some had hoped. The correction involved a change in engine, with the brand’s engineers swapping the in-house-built V-12 for a twin-turbocharged Mercedes-AMG four-liter V-8 unit beneath the clamshell bonnet. With the V-8’s smaller dimensions and lower wet weight compared to the heavy 5.2-liter twin-turbocharged V-12, the V-8-powered DB11 became the car to buy as it increased the vehicle’s athletic abilities yet somehow kept every ounce of its grand touring prowess.

Unfortunately, the swap wasn’t a satisfying solution for those who wanted the power and prestige that come with an Aston-built V-12. So when the company began developing the AMR-labeled DB11, the engineers took as much as they could from what they had learned from the V-8 and slapped it into a fire-breathing V-12 configuration. Its handling-centric transformation included chassis improvements such as new solid rear subframe mounts, a change of tuning in the car’s shock dampening, and a widened front anti-sway bar.

Other aspects of the car were also changed, such as the DB11 AMR’s wheels. To reduce the car’s unsprung mass, Aston Martin looked at its cast aluminum wheels and threw them away for forged units. This change alone cuts 7.7 pounds per corner, allowing the car to stop, turn, and blaze off into the sunset faster than ever before.

Turning is now razor sharp. Each steering input translates perfectly to the road beneath the tires, something the standard car most definitely did not do. The fact that Gaydon has produced two cars—the standard V-12 DB11 and the DB11 AMR—that ride on the same chassis yet feel as if they share little else than their gorgeous interior and exterior looks is hugely impressive.

Aston Martin’s engineers didn’t restrain their upgrades to just the car’s handling either. The standard DB11’s 600 hp, twin-turbocharged V-12 is great and all, but according to Matt Becker, Aston Martin’s chief vehicle attribute engineer, the 5.2-liter V-12 is understressed. And because Aston Martin wanted to make the AMR feel that much more special, a power bump was easy to accommodate. In AMR guise, the DB11’s V-12 receives a 30 hp increase, bringing the grand total to 630 horses ready to be freed with the slightest twinkle of your toes. Torque, however, remains pegged at a pavement-pounding 516 ft lbs. In terms of performance, the DB11 AMR will sprint from zero to 60 mph in just 3.5 seconds, and its top speed has been uprated to 208 mph.

Contained inside are all the comforts one would expect from a super grand tourer.  Photo by Max Earey, courtesy Aston Martin.

From a standstill, in Sport Plus mode, the Aston’s acceleration is astronomical. Part of the AMR’s development, however, was to retune the exhaust note, as many believed that the standard DB11 lost a little of its traditional Aston Martin character with the adoption of the twin muffling turbochargers. The tuning in the AMR puts that fact firmly in the past, as laying into the throttle now sounds heavenly.

The V-12 yowls like naturally aspirated Aston Martins of recent years and propels you to speeds that would have stateside customers sent directly to jail. Unfortunately, I wasn’t able to independently verify the top speed claims along our drive route’s unrestricted Autobahn section due to road construction and a couple of slow-moving semitrucks.

Performance from the power train gives the DB11 AMR a rate of acceleration from zero to 60 mph in 3.5 seconds and a top speed of 208 mph.  Photo by Max Earey, courtesy Aston Martin.

All of these changes make the AMR the DB11 to buy. First and foremost, the chassis, suspension, and weight reduction all but eliminate any propensity for understeer. Then there’s the aesthetics. Aston’s take on traditional sports car proportions is a master class in subtle refinement and progress through the last 50 years of its history. That long, sensual clamshell hood, the sloping tail, the punctuated roofline pillars, and the tucked upward beltline all make the DB11 a work of art. Details that stand out in the AMR-badged car take that beauty even further. The hood comes complete with carbon-fiber intake inserts, the brightwork is less bright (blending more subtlety with the lines of the original design), and its little flourishes of lime green—a signature for Aston Martin’s racing division—work surprisingly well.

As for the $241,000 price tag, it doesn’t seem too far-fetched for the experience it returns. The 2019 Aston Martin DB11 AMR handles brilliantly, rides smoothly, powers out of corners like Wile E. Coyote strapped to an Acme rocket, and does so with all the elegance and grace imbued in that stunningly beautiful DB11 shape. What more could you ask from the model?