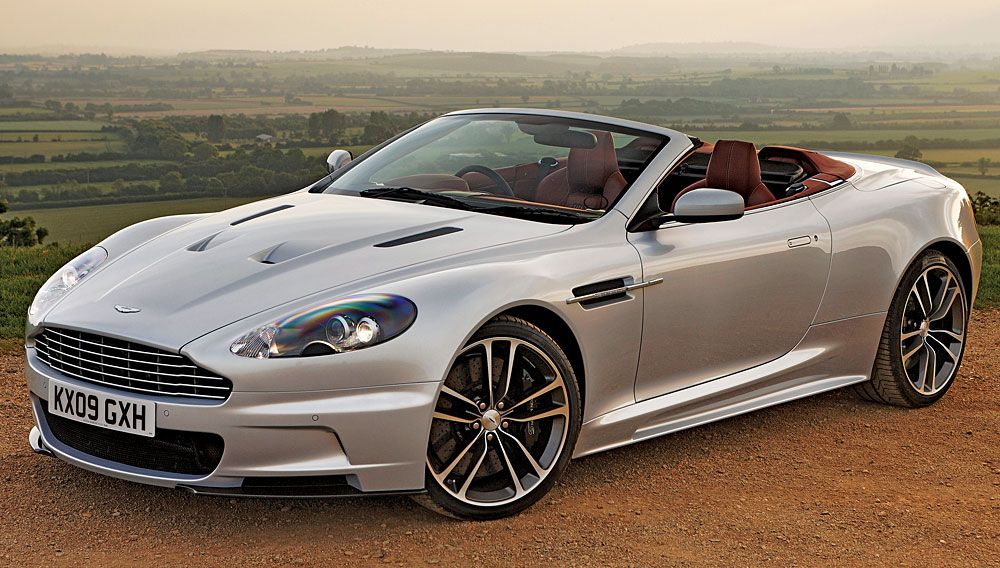 The DBS’ 6-liter, 503 hp engine is also deployed in the Volante, though the convertible benefits from a quick and seamless paddle-shift 6-speed automatic transmission that emits sexy rpm blips during downshifting and morphs any driver into Michael Schumacher. Composed of three layers of fabric, the top—which can be raised or lowered in 14 seconds at speeds up to 30 mph—seals tightly to keep winter weather out while enabling the driver to enjoy the V-12’s throaty aria.

Unfortunately, some of the quirks that inform the personality of the DBS—and, really, all machines from Aston Martin—remain untouched. The handling is not a handful, but it will keep one awake, particularly while maneuvering two tons of sports car along country roads. The suspension system and brakes are slightly less polished than one might expect; but the fact that neither has been numbed by electronic monitoring helps to transform one’s behind-the-wheel experience from mere motoring to exhilarating driving.