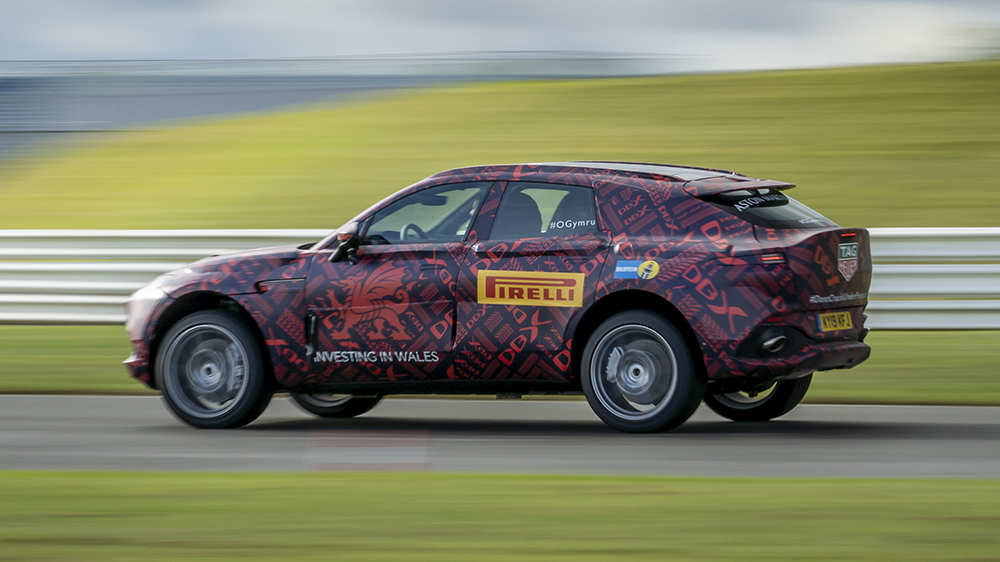 It’s been a minute since Aston Martin announced it was segueing into the sports utility market with its very first SUV. In 2015, we were teased with a concept; three years later, we were given a name. And, today, we finally have something concrete. The esteemed British marque has confirmed the beating heart of what it deems “the most versatile product in its illustrious history,” the DBX.

Courtesy of a comprehensive test regime, which was carried out by chief engineer Matt Becker and his team, the DBX promises the practicality and comfort of an SUV with the ferocity of a suped-up sports car. Powered by a 4.0-liter twin-turbo V8, the SUV delivers a gutsy 542 hp and 516 ft lbs of torque, making it the most powerful V8 engine in Aston Martin’s current lineup. While flying around Germany’s Nürburgring race circuit during testing, the high-performance SUV delivered cornering speeds on par with the Vantage and braking figures superior to the Super GT and DBS Superleggera.

The DBX repeatedly exceeded 180 mph and made mincemeat of the Nordschleife track, completing the full lap in less than eight minutes. The SUV’s final top speed and acceleration figures will be set during the closing stages of the testing process, and while Becker states that “early indications of the car’s overall performance have been incredibly promising,” we imagine the team will look to improve upon the stats.

But the SUV offers more than than just speed. For one, the DBX has a deep purr which was honed by Aston Martin’s dedicated acoustic team: think deep base with exhilarating mid-tones. Let’s face it, you need a bark to match that bite. (You can listen to the sultry tones in the video below.)

Aston Martin will continue to refine the SUV until its official launch in December. “The next few months will be extremely important to us, as we continue to hone the powertrain credentials and a dynamic setup that will help make this the most exciting SUV on the market,” Becker said. We await with bated breath.

Listen to the DBX’v V8 thrum in the video below: