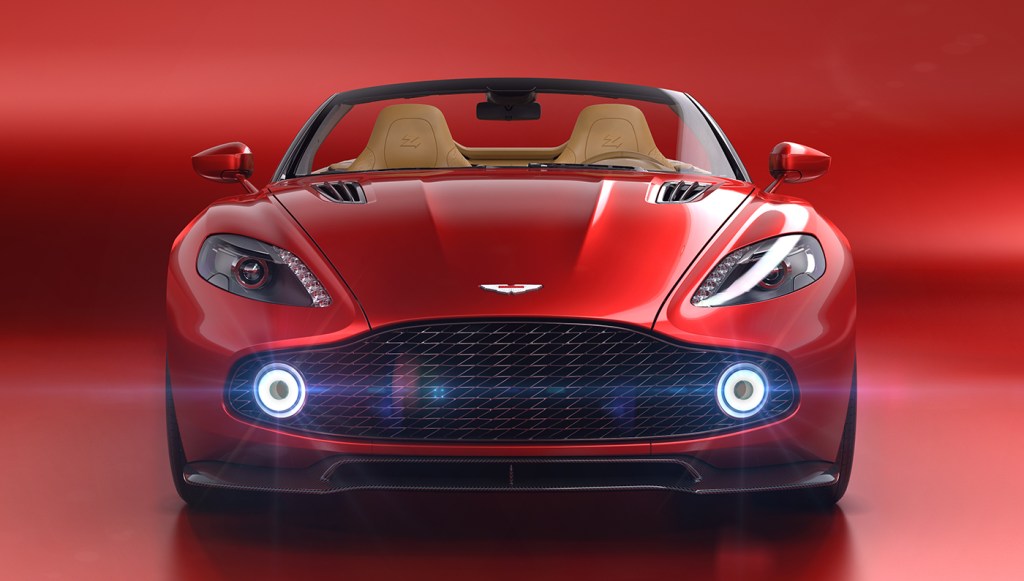 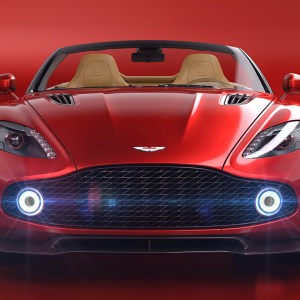 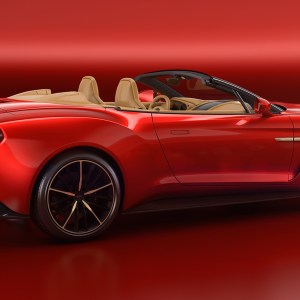 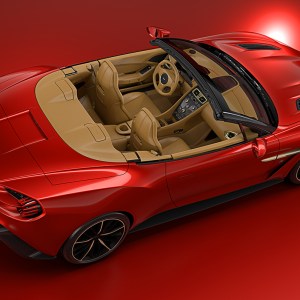 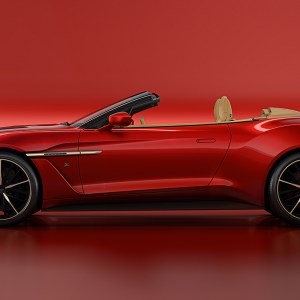 The Aston Martin Vanquish Zagato Volante premiered to the world at the Pebble Beach Concours d’Elegance on August 19 during Monterey Car Week. With distinct design DNA from both Britain and Italy, the roadster complements its coupe counterpart, the Vanquish Zagato, announced in May at the Concorso d’Eleganza Villa d’Este on the shores of Lake Como, Italy.

A model made for the North American market, the carbon-fiber-paneled convertible carries on the collaborative tradition between Aston Martin and Milan’s master design team Zagato—a partnership that started with the 1960 DB4 GT Zagato race car. Open-air exhilaration is provided by a 600 hp V-12 engine that allows hair-raising acceleration from zero to 60 mph in 3.7 seconds.

Maintaining the same general body aesthetic as the Vanquish Zagato, the Volante variant features a hidden folding hood (inspired from the 1987 V8 Vanquish Volante); carbon-fiber sills along the circumference; round taillights with “bladed” LED illumination (the same found in the marque’s Vulcan track racer); and dominant side strakes (reflective of those on the Aston Martin CC100 concept). From the pronounced forward stance to sculpted rear haunches, the open-top tourer has an aesthetic that is every inch athletic.

Interior embellishments include a cabin covered with anodized bronze and herringbone carbon-fiber accents along with Bridge of Weir leather seats stitched with a quilted Z pattern (also on the inside doors) and headrests branded with the same letter in commemoration of the coachbuilder.

Sightings of the sophisticated sportster will be rare, however, as only 99 examples will be built. No official word on pricing yet, but reports indicate that the Vanquish Zagato Volante will cost anywhere from $500,000 to $850,000. Deliveries are planned to commence in 2017. (astonmartin.com)