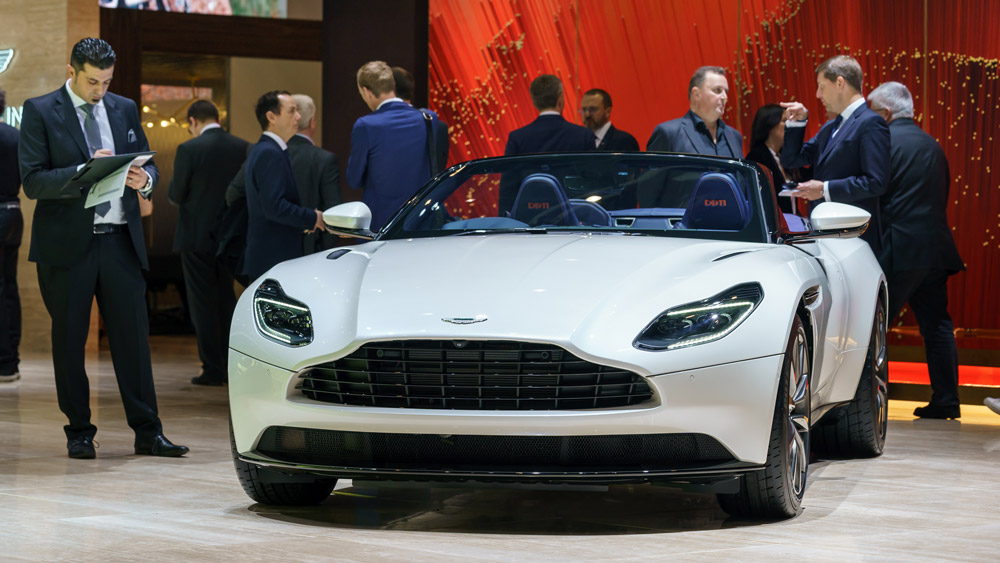 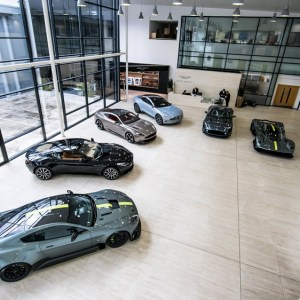 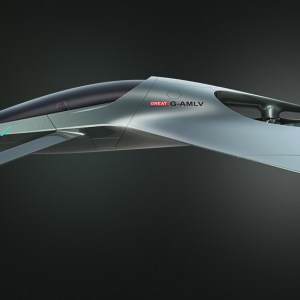 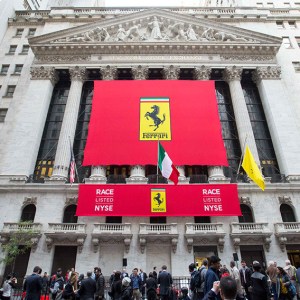 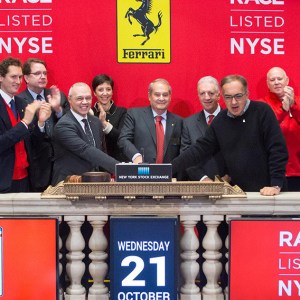 For as long as they’ve both existed, Ferrari and Aston Martin have done battle on racetracks and in auction rooms, and competed for space on the driveways of the wealthy and the bedroom walls of the teenaged. Now their rivalry has a new arena: the global stock markets. Ferrari listed on the New York Stock Exchange in 2015, and Aston Martin has just made its long-awaited IPO—in London, of course.

For once, Aston will be happy to sit in Ferrari’s slipstream. Prior to the Italian firm’s IPO, analysts tried to value it as they would a conventional carmaker. They decried the insistence of Ferrari’s late CEO Sergio Marchionne that it should be treated as a luxury-goods business and attract that sector’s vastly higher valuation multiples. They described the initial offer price as wild, but investors ignored them and listened to Marchionne. The shares have gone on to rise by up to 150 percent, running ahead of a doubling in profit.

Aston’s Kuwaiti and Italian private equity owners will be hoping the market views their business the same way, but investors might be wise to pay more attention to the analysts this time. Ferrari is simply one of the world’s greatest brands, but unlike Hermès or Prada, it is indelibly associated with one product—fast cars—and its logo can’t be applied to other goods as easily as Hermès’s can to bags and scarves and watches. Its use on other products, from teddy bears to theme parks, risks looking tacky or exploitative. 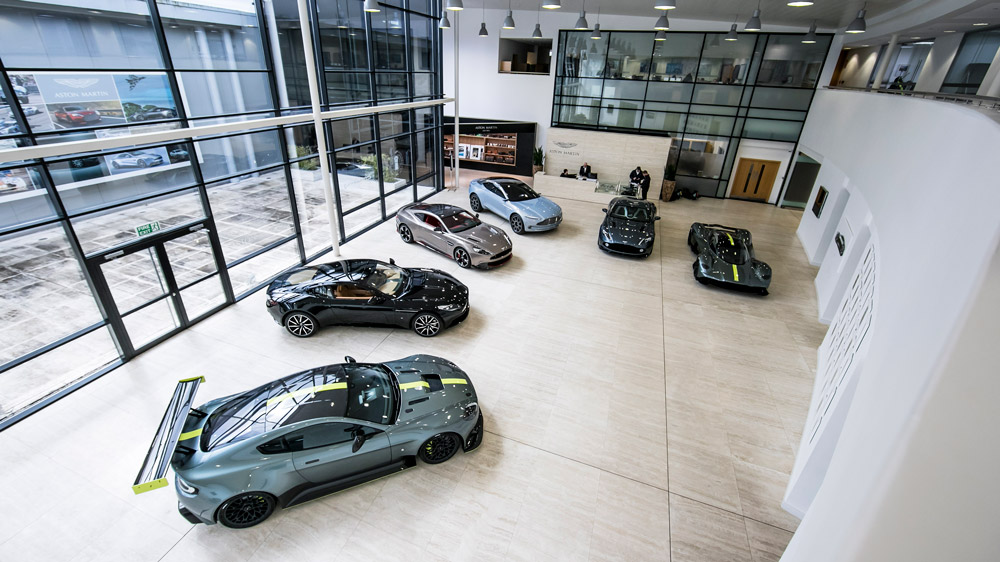 In preparation for its flotation, Aston has been working hard to prove that it too is a “portable” luxury brand that can be associated with other products and create new revenue streams, but it has hit the same problem as Ferrari. We’ve seen the AM37 powerboat, the Aston Martin Residences condo in Miami, the Project Neptune mini submarine, and even the Volante Vision flying car concept. In the first three examples, Aston has simply applied its name and some design veneer to another company’s product, leaving both aficionados and investors unconvinced, at best.

The real impact of Ferrari’s brand power can be seen in its pricing. Its desirability means it can charge almost at will, which in turn makes it an extremely profitable business by the often-dismal standards of the auto industry, and that desirability will keep it healthy in tough times. Waiting lists for Ferrari’s core 488 model are long. They may shorten in a downturn, but deliveries won’t alter much. The company’s sales were barely affected by the financial crisis. Some of its sky-high valuation is driven by passion, but some more rational institutional investors see it—perhaps surprisingly—as a defensive stock. 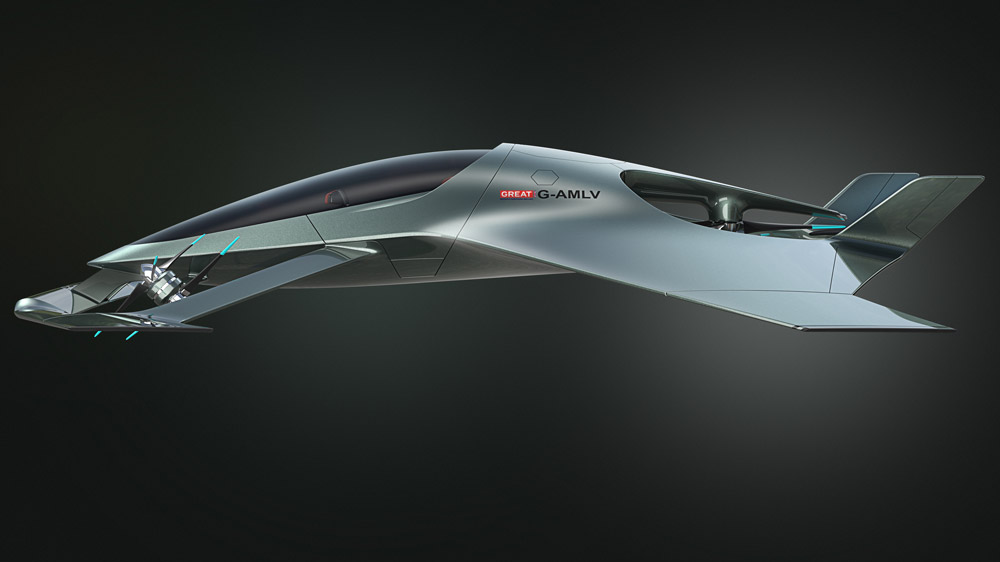 The same cannot be said of Aston Martin. Like many of the British aristocrats it serves, Aston’s blue-blooded image is at odds with its financial precariousness. It has been bankrupt seven times and has changed hands more often than an old dollar bill. Its sales halved in the financial crisis and have only begun to recover. But it does have a credible plan to finally acquire the scale it needs to be stable. CEO Andy Palmer quit as Nissan’s global No. 3 to lead Aston in October 2014. He knows that the global market for exotic two-seat sports cars is too small and too static to provide that scale, so his Second Century plan calls for a massively expanded seven-model lineup comprising SUVs, sedans, a mid-engine supercar—and electric drivetrains. Sales are planned to reach 140,000 by 2023, from around 64,000 this year.

There’s risk here, of course, but not from a dilution of the brand. Porsche’s core sports cars are better engineered as a result of its very profitable expansion into SUVs, and no less desirable. But Aston Martin is trying to do it all at once. It competes with marques that benefit from the largesse and economies of scale of the big automotive groups that own them, while Aston goes it alone. It will build types of cars it hasn’t made before in its new factory in Wales and with a new workforce, but must maintain super-premium quality and a hand-built feel. Not easy. 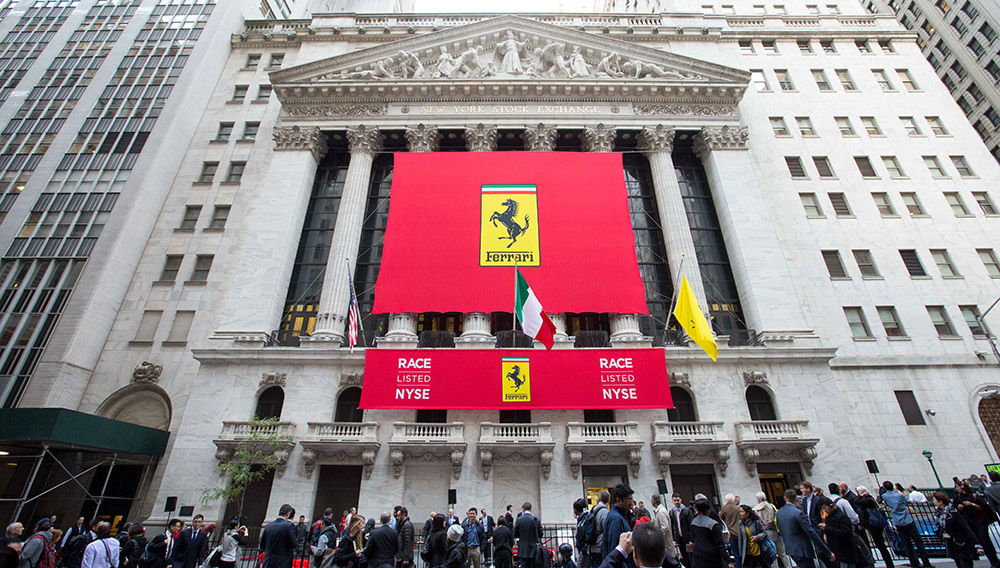 Developing those new cars is stretching Aston’s balance sheet, and we’ve yet to see or drive them. The new cars that have been launched under the Second Century plan—chiefly the new DB11 and Vantage—have been ecstatically received, but they’re two-door sports cars of the type Aston has always made.

Sensible investors might have preferred to wait a little longer for an Aston IPO, until they had test-driven the new DBX SUV due next year and seen how the business rides out Brexit and a couple more years of aggressive expansion. But the brand priced its offer at $24.68 per share, valuing the business at $5.6 billion—at the lower end of the range it first suggested. That figure still seems hard to justify, but so did Ferrari’s initial valuation, to anyone rational. If you’d followed your heart rather than your head back then, you might now be selling Ferrari stock to buy one of its cars with your profit.

Ben Oliver is an award-winning automotive journalist, consultant, and speechwriter based in the UK.