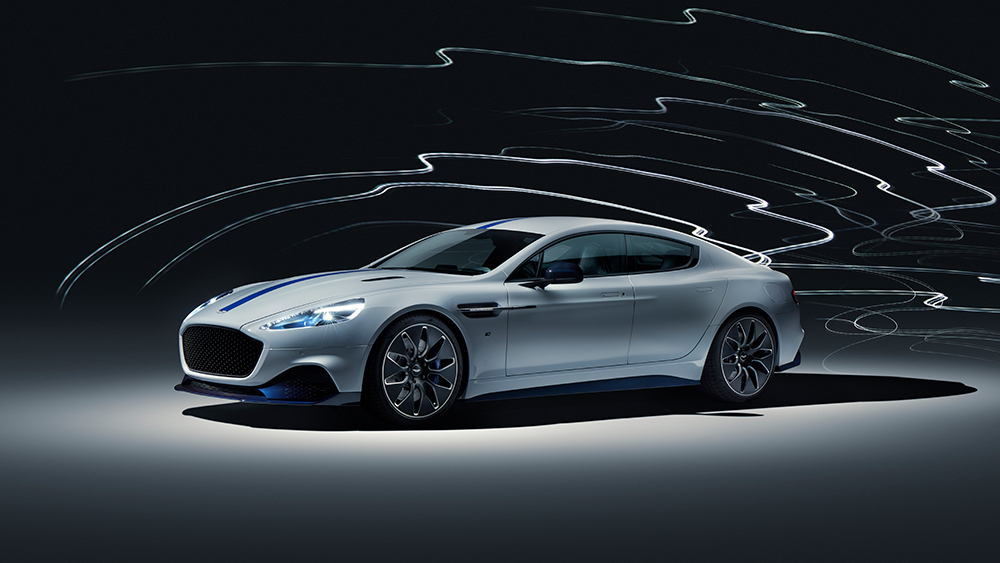 Aston Martin is to ready to charge into the electrification scene with its new all-electric production car, the Rapide E. The British super car company unveiled the production version of the Rapide E at China’s Shanghai motor show this week.

The Rapide E, developed in part with Williams Advanced Engineering, will be limited to 155 units, and James Bond will apparently be getting at least one of those, and all will be built at Aston’s new St. Athan production facility which is laser-focused on electrification.

Under the bonnet, in place of Aston’s huge honking 6.0-liter V-12 from Mercedes-AMG, sits an 800V electrical battery shrouded in carbon fiber and Kevlar. That battery’s got a 65kWh installed capacity, and it feeds twin rear-mounted electric motors. The set up produces just over 600 horsepower and 700 lb-ft of torque. Top speed is 155 mph, and the sprint from zero to 60 will take less than 4 seconds.

When developing the Rapide E, the engineers sought to find the most effective mounting of the battery and motors, then moved on to how to maximize the cooling for the power cells. Because the powerplant needs less airflow for cooling, engineers were able to reimagine the aerodynamics of the Rapide E, increasing the aero efficiency and reportedly increasing range as well. Low rolling resistant Pirelli P-Zero tires and a larger rear diffuser (in place of the exhaust system) also help to contribute to the Rapide E slipping through the air more effectively.

The European range tests put the Rapide E’s range at “over 200 miles,” per the company, though we’ll have to wait to see what the U.S. range is officially deemed.

The Rapide E is capable of charging about 190 miles on a regular 400V 50kWh charger in an hour, but with a high-speed charger, that number goes up to 310 miles of range per hour, Aston claims.