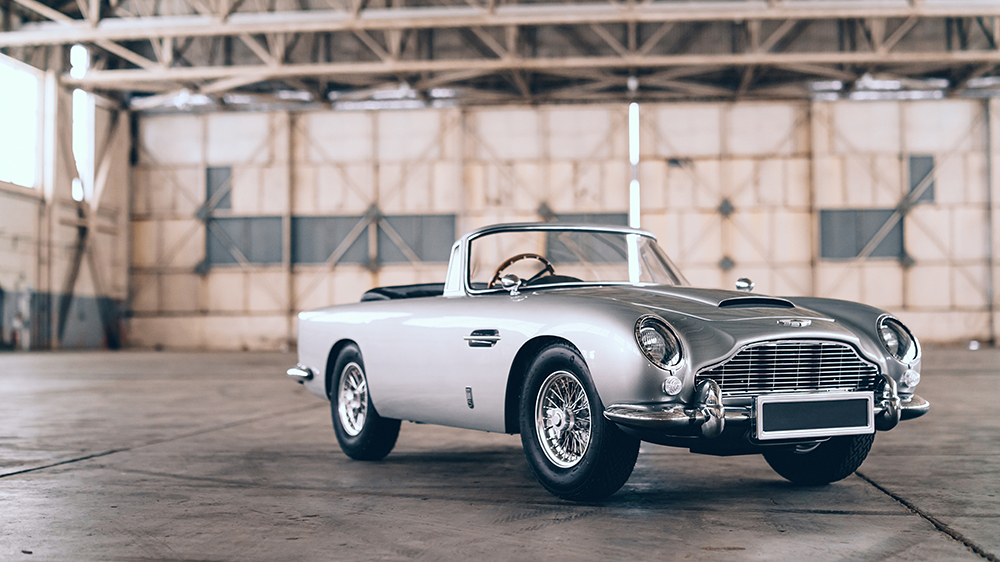 Aston Martin wants to help your kid get on the road to international spydom.

The British marque has teamed up with the Little Car Company for a limited-edition variant of its pint-sized DB5. The mini version of James Bond’s favorite ride doesn’t just look the part; it’s got all the gadgets your kid needs to fight off a super villain or three.

The DB5 Junior No Time To Die Edition is just like the iconic car that James Bond started driving in Goldfinger, with three key differences. The first is that it’s been shrunk down to 2:3 scale. That makes it significantly smaller than the original, but still large enough for an adult to drive. In fact, the car’s front seat is actually big enough for an adult and a child at once.

This is due, in no small part, to the second key difference—the roof, or lack of one. Unlike the original DB5, which is a coupé, the junior version is a two-seat roadster. Although this may drive some purists mad, there’s no denying the car is still a beauty. The change isn’t just for aesthetic purposes, either, as the lack of a roof makes the car easier to get in and out of, for children and adults alike.

Inside the DB5 Junior  Aston Martin

Finally, the third (and most modern) change: an electric powertrain. The DB5 Junior is equipped with a 16-kW powertrain connected to four 1.8-kWh battery packs that can generate a nearly 22 hp, according to Little Car Company. Thanks to this, the silver roadster can apparently reach a top speed of 45 mph, which strikes us as more than enough for a kids car.

One thing that hasn’t been touched—thankfully—are a healthy variety of spy gadgets just like 007’s. Accessible via a hidden control panel, they include cycling license plates, skid mode, a smoke screen and twin gatling guns, which we assume (and hope) don’t take live ammo.

Unsurprisingly, a recreation as faithful as the DB5 Junior No Time To Die Edition, especially one limited to 125 examples, doesn’t come cheap. The limited-edition kid car starts at £90,000 (or about $123,00), which is more than twice as much as the two brand’s previous most expensive collaboration. Still, when you consider what Aston Martin’s full-size DB5 recreations are going for, it might actually be a bargain.