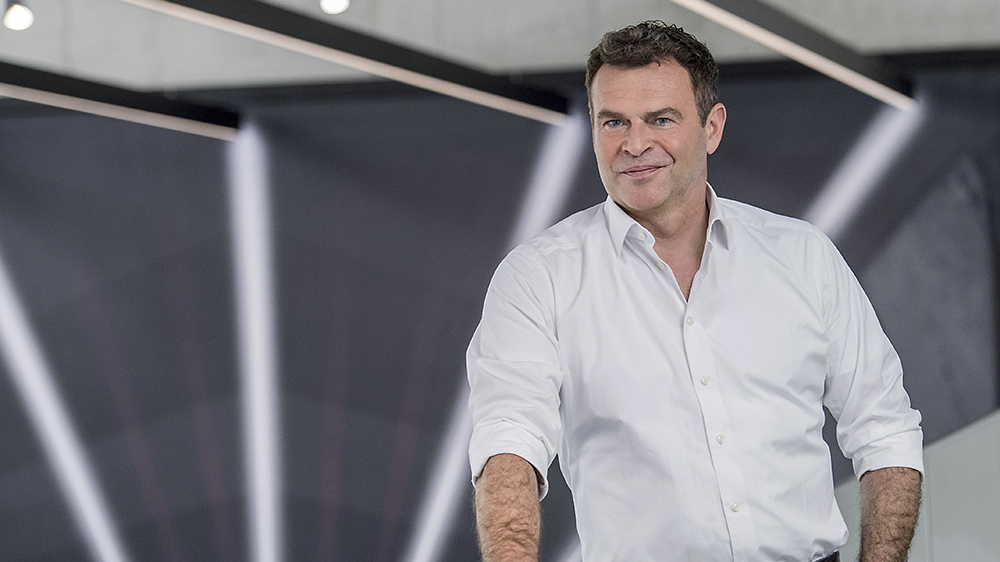 Aston Martin’s new CEO, Tobias Moers, takes office in August. Even by the turbulent standards of a company that has gone bust seven times in its 107-year history, the crisis he’s parachuting into is possibly existential. Moers arrives from Mercedes’s high-performance wing, AMG, where he spent almost his entire career and became CEO in 2013. An engineer by training and a car guy by instinct, he oversaw a doubling of AMG’s model range, a four-fold increase in sales and a healthy contribution to Merc’s bottom line.

The situation he inherits at Aston couldn’t be more different. Moers was reportedly “head and shoulders” above the two other candidates, but it’s hard to imagine three well-qualified industry leaders risking their careers by volunteering for the toughest job in luxury motoring.

Outgoing CEO Andy Palmer’s “Second Century” plan, revealed in 2015, was intended to give Aston the scale and stability it has always lacked. Few questioned the once-heretical notion of Aston building an SUV when even Ferrari and Rolls-Royce are making them, but analysts did query the speed with which Palmer and Aston’s private-equity owners wanted to expand both sales and the model range. By last summer it was apparent the wheels were coming off Palmer’s plan. Aston’s share price—already on the slide since its controversial 2018 IPO—plunged 26 percent in one day in July 2019, when Palmer’s Q2 profit warning made clear that his DB11 and Vantage sports cars just weren’t selling.

And then the Covid-19 crisis hit at exactly the worst moment: just as Aston had built and staffed the new factory in Wales, where it will build the linchpin of its expansion plans, the DBX SUV. The shock may well have killed Aston had the Canadian fashion billionaire Lawrence Stroll not previously led a consortium to invest $238 million, which gave Stroll the executive chairmanship and the group 16.7 percent of the company, with the option of increasing their stake to 20 percent.

Stroll dismissed Palmer and brought in Moers, who, despite his good humor in person, had a fearsome reputation at AMG. He once told me that no car got the AMG badge without his driving it and approving it, but his task at Aston is to fix the company rather than the product. He has to restart full production at Aston’s existing Gaydon factory and build a new car at a new factory with a new workforce in Wales—and do it to the standards fine-car customers expect. Then he needs to balance Aston’s supply-and-demand problem, getting closer to Ferrari’s model of always building one car less than the market demands, to avoid discounting.

Only then can he turn his attention to the cars. Both the DB11 and the Vantage will need revision, and there are two new supercars waiting in the wings. Likely to be launched in 2022 and 2023, the Valhalla and Vanquish are probably already well advanced, but Moers is sure to put his stamp on them. Although he’s an enthusiast for high-performance electric motoring, Aston’s expensive plans for an all-electric Lagonda sub-brand with a sedan and an SUV have been postponed until at least 2025—and may not happen at all.

It’s hard to see why Moers would risk tarnishing a stellar, lifelong career at Mercedes with a potential public failure at Britain’s most glamorous but dissolute luxury carmaker. But some have questioned whether he’s really leaving Mercedes at all. Aston has used Mercedes’s fabulous M177 twin-turbo V-8 engine since the 2018 DB11 and also borrows its electronics and infotainment systems. Mercedes’s parent, Daimler, has a 5 percent stake in Aston, and Toto Wolff, the head of Mercedes’s F1 team, took a personal stake in Aston just weeks before Moers accepted his new job. Rather than maintaining the usual hurt silence at the loss of a valued lieutenant, Daimler CEO Ola Källenius publicly praised Aston’s hire.

The two brands seem to be getting closer. Speaking to Robb Report on the condition of anonymity, one industry insider with links to both firms speculated that Moers’s perceived risk in taking on Aston might be tempered by the belief that his former employer won’t let it go to the wall, increasing its stake or even buying out Stroll and Aston’s other shareholders. Bentley and Rolls-Royce have prospered under German ownership. Aston Martin would, too, and the 54-year-old Moers could retire as the man who finally put it on the road to stability.