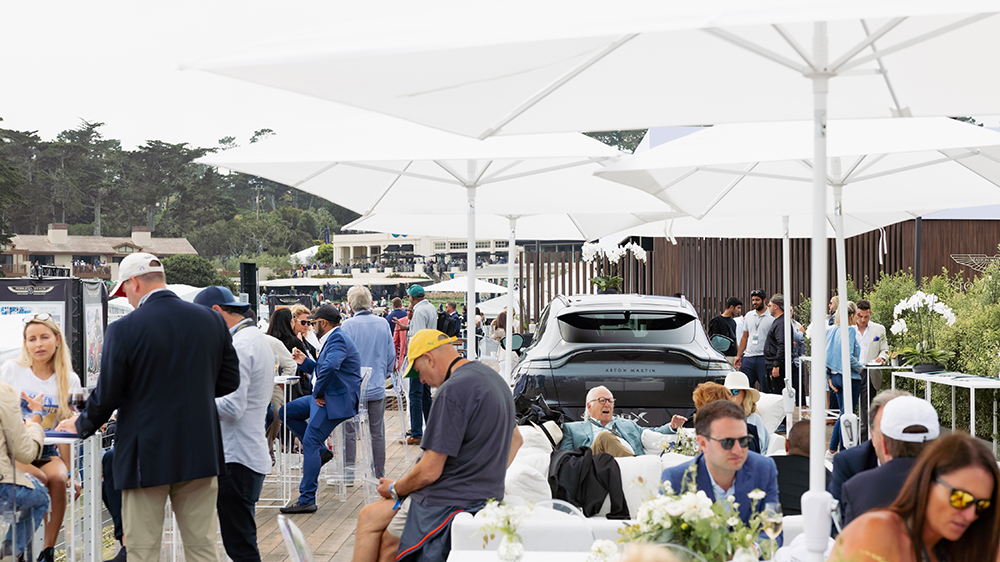 Aston Martin isn’t taking any time off this summer.

The British marque just announced that it will bring two new models to Monterey Car Week later this month. The vehicles will be on display at the Aston Martin Club 1913 brand center at the Pebble Beach Concours d’Elegance and are part of the brand’s strongest-ever presence at the annual event.

The automaker clearly doesn’t want to give too much away before Monterey—which runs throughout the third week of August—but did offer a few hints at what to expect in a press release. The first vehicle is meant to celebrate the 10th anniversary of its Q by Aston Martin bespoke devision. The vehicle is described as a “very special, ultra-exclusive” model inspired by the brand’s history of success at the 24 Hours of Le Mans. The second won’t be as limited, but will deliver “truly thrilling performance.” It will likely be in line with the range-topping DBX707 SUV and V12 Vantage, so expect something fun.

Aston Martin also plans to deliver some updates on its upcoming the Valhalla hybrid supercar. The brand will show off the 937 hp vehicle’s revised cockpit design for the first time at the concours, and even let enthusiast test out its new Formula 1-inspired seating position for themselves.

“As one of the premier luxury events in the world, the Pebble Beach Concours d’Elegance is an important opportunity for Aston Martin to connect with our loyal customers and showcase our latest product offering,” Renato Bisignani, Head of Global Marketing and Communications at Aston Martin, said in a statement. “We look forward to celebrating Aston Martin’s new era of performance at Pebble Beach and displaying our iconic ultra-luxury models, including a world-first reveal of an exciting new model, and the public debut of another thrilling addition to our breathtaking portfolio.”

That’s far from all the brand has gotten up to this summer. Last month, the automaker also unveiled its new, Peter Saville-revised logo and simplified “Intensity. Driven” slogan. The company also announced a new reinvestment plan it hopes will raise $782 million. The money will reportedly be used to pay off the brand’s debts as well as develop new models.