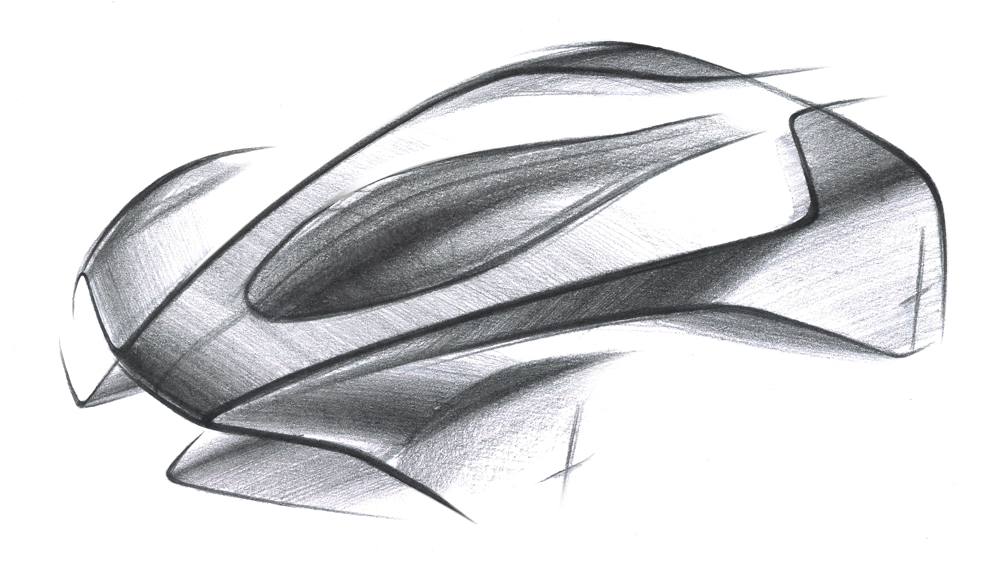 Aston Martin is having a busy week. In addition to unveiling its highly limited-production DBZ Centenary collection celebrating Zagato’s 100th anniversary—comprising the DB4 GT Zagato Continuation and DBS GT Zagato, which will only be sold as pairs—the company revealed today plans for a new hypercar currently codenamed Project 003.

The new mid-engine sports car follows in the footsteps of the Aston Martin Valkyrie and Valkyrie AMR Pro, the marque’s first two hypercars (nicknamed 001 and 002, respectively, suggesting that the marque uses roughly the same naming scheme as Led Zeppelin during their heyday). The Valkyrie was unveiled in 2017 as a street-legal monster powered by 6.5-liter, 1,130 hp V-12 and an electric motor that provides torque off the line. This introduction was followed later in the year by the reveal of the Valkyrie AMR Pro, which packs in more hp and torque than the standard Valkyrie, but is confined to the track only.

Though neither of those supercars has yet made it to the delivery phase, Aston Martin is already teasing us with a third. Though details are extremely scarce at this point, we know that like the Valkyrie, Project 003 will be powered by a hybrid gas-electric engine and will be street-legal. It will feature an active aerodynamic system to help increase downforce at speed and an active suspension system to maximize driver control over the vehicle.

Aston Martin plans to produce only 500 examples of the Project 003, and the first examples are anticipated to arrive in late 2021. The company has been mum on pricing, but there’s no question that it will be well into the seven figures.

Given the marque’s connection to 007, we hope the project fares better than MI6’s plucky agent 003, whose only appearance in the James Bond movie franchise is as a frozen corpse from which Bond recovers a data chip in the intro sequence of A View to a Kill.