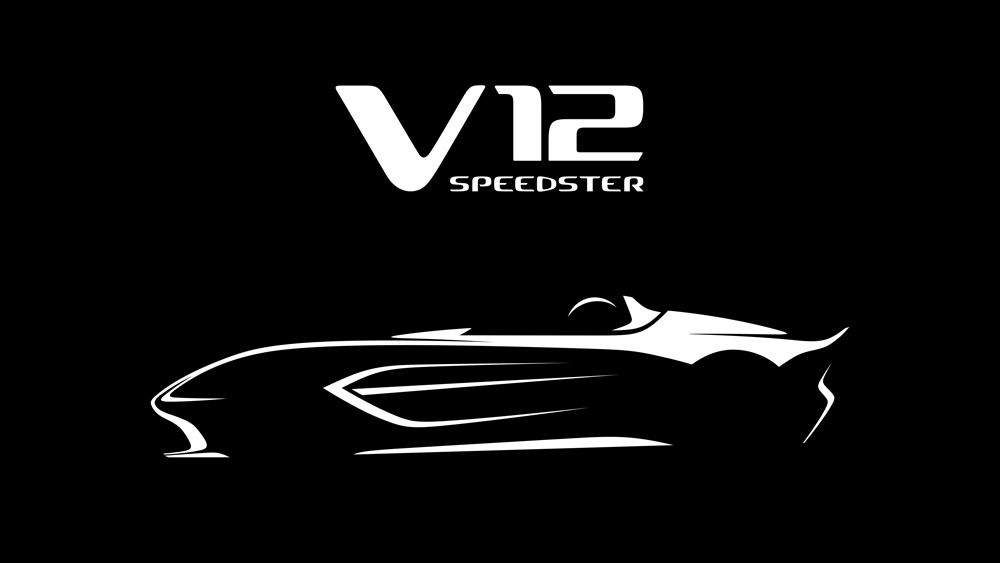 Following the release of the Fox Studios film Ford v Ferrari, it seems another marque is looking back on its own milestone victory at Le Mans. Aston Martin has just announced production of its V12 Speedster, a limited-edition, open cockpit two-seater. Developed by Q by Aston Martin, the British automaker’s in-house bespoke service, the car pays homage to Aston Martin’s first (and only) victory at the famed French endurance race.

In 1959, Carroll Shelby and Roy Salvadori teamed up to pilot an Aston Martin DBR1 to victory lane at Le Mans. It was a notable accomplishment, given that 53 vehicles entered the race on June 20 but only a dozen competitors finished the following day. Completing 323 laps and driving a total distance of 2,701 miles, Shelby and Salvadori accelerated around the 8.4-mile circuit at an average speed of 112 mph.

The V12 Speedster takes inspiration from that celebrated late ’50s race car as well as Aston Martin’s CC100 Speedster Concept, a vehicle that was produced in 2013 to commemorate the brand’s 100th anniversary. Engineering and design teams spent more than a year conceptualizing the aesthetic of the new vehicle.

Aston Martin’s CC100 Speedster Concept from 2013 (above) is reported to be another influence on the new V12 Speedster.  Photo: Courtesy of Aston Martin.

The car benefits from cutting-edge motorsports and aviation technologies, not to mention a high-performance variant of the British automaker’s 5.2-liter, twin-turbo V-12 engine, which is capable of churning out about 700 hp. Needless to say, with that power plant (mated to a ZF eight-speed automatic transmission), this instant collector car can easily outsprint the iconic racer that inspired it.

“The V12 Speedster once again showcases not only this great British brand’s ambition and ingenuity, but also celebrates our rich and unrivalled heritage,” said Dr. Andy Palmer, Aston Martin Lagonda’s president and group CEO, in a press release announcing the limited-edition sports car’s production. “The 88 enthusiast drivers and collectors who secure the keys to these cars can be confident that in doing so, they are also securing an iconic new piece of Aston Martin history.”

As Palmer acknowledged, only 88 examples of the V12 Speedster will be built by hand, with deliveries expected to begin during the first quarter of 2021. As images of the model and its price have yet to be released, it seems Aston Martin wants to keep our imaginations racing.