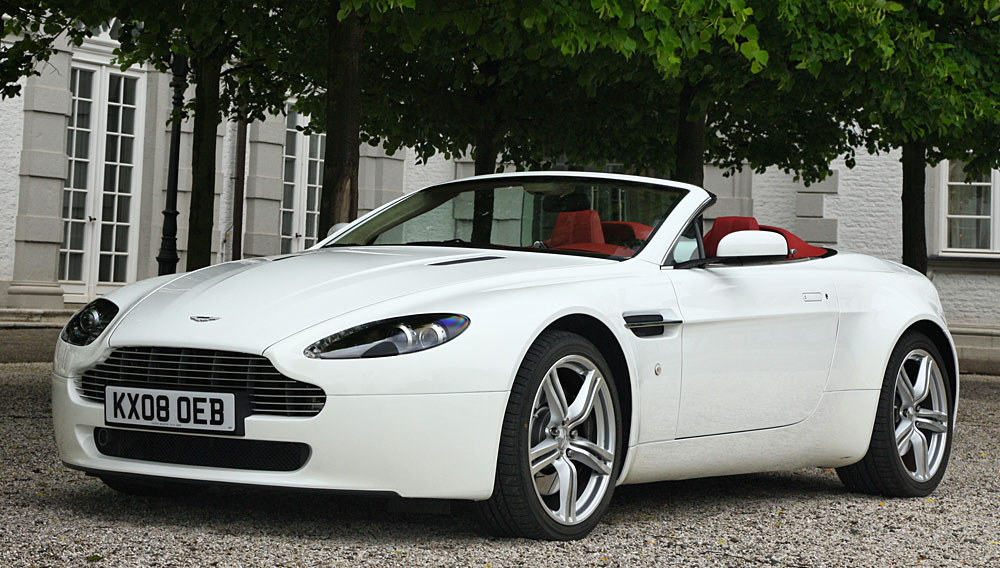 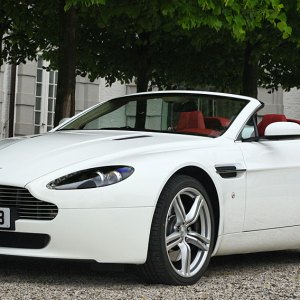 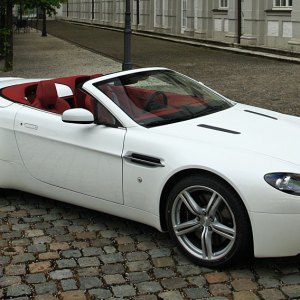 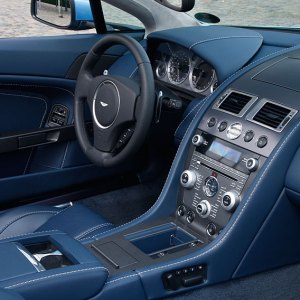 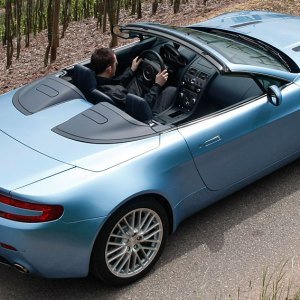 The V8 Vantage Roadster’s canvas top stows in less than 15 seconds, and this car is a great alternative to more commonplace vehicles like the 911 Cabriolet and Mercedes-Benz SL. Although it is at the bottom of Aston Martin’s current model line, the V8 Vantage still possesses classic good looks: With its long hood, short rear deck, muscular haunches, and steeply raked windshield, there is virtually nothing Aston could do to improve upon its shape. But under that hood resides a bigger V-8 that bumps output to a respectable 420 horsepower. For the roadster, Aston chose a traditional, power-retracting fabric roof that hides under a body-colored lid rather than a folding hardtop, which would have added weight and compromised the car’s handsome rear profile. Aston offers a 6-speed manual as well as a 6-speed paddle-shift transmission called Sportshift, which provides quick gear changes that automatically blip the throttle on downshifts. As the entry-level Aston, the muscular V8 Vantage in either coupe or roadster form is a welcome addition to the marque and offers a legitimate riposte to the ultramodern Audi R8 and always-chic but sometimes ubiquitous Porsche 911.

Pros: The smallest Aston is also the most fun to drive.

Cons: Does not have the performance pedigree of a Porsche.