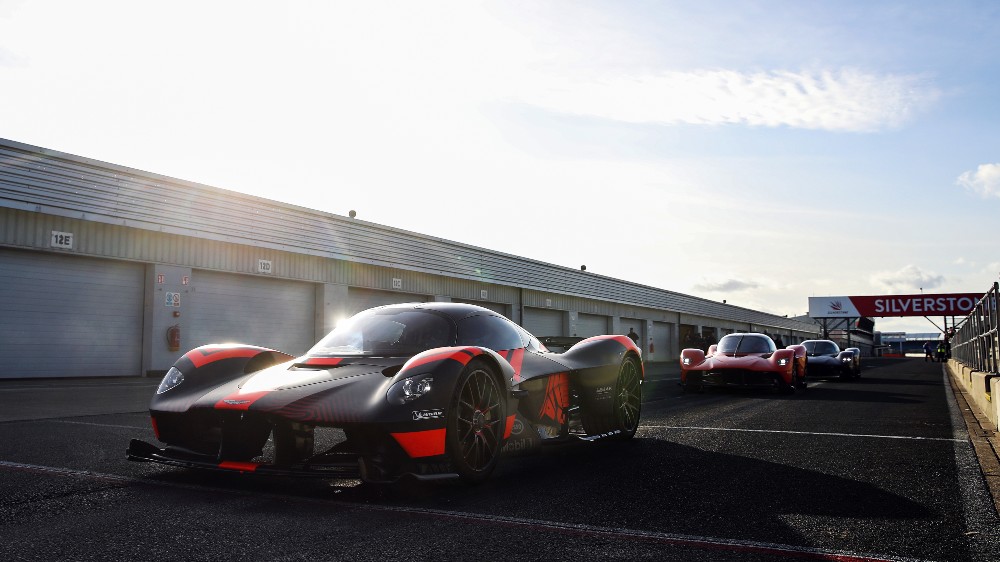 We may still be months away from the finished Aston Martin Valkyrie, but that hasn’t stopped the automaker from documenting every step of the development process along the way. The latest exciting update: the first series of prototypes of the hybrid vehicle are now undergoing testing in England.

While the first of the prototypes, VP-1, was used to debut the car at last year’s British Grand Prix, this is the first time we’ve seen the other two examples, VP-2 and VP-3. Aston Martin plans to build five more prototypes, bringing the total to eight, all of which will be subjected to a variety of intense testing at Silverstone.

While he’s used to spending his time in the cockpit of a ridiculously powerful Formula 1 car, Verstappen sounded impressed with the 1160-horsepower hybrid hypercar. “Of course it’s still in the development phase, but you can already feel the pace, which compared to a normal car is… pretty different!” the eight-time Grand Prix winner said in a statement. “The Aston Martin Valkyrie and its levels of downforce are incredible, and it looks super aggressive. It was a lot of fun out there.”

The news was surely exciting for fans of Aston Martin and insane-looking hypercars. The adrenaline rush, however, was likely tempered by the later announcement that the car is unlikely to make its racing debut at the 2020–2021 World Endurance Championship and Le Mans as previously expected. Word of the withdrawal comes on the heels of a $239 million investment in the automaker by Canadian billionaire Lawrence Stroll.

The finished Valkyrie is expected to debut in the coming months. Limited to a run of just 150, the hypercar is estimated to cost in the neighborhood of $3 million. Deliveries of the vehicle are expected to begin during the latter half of this year.