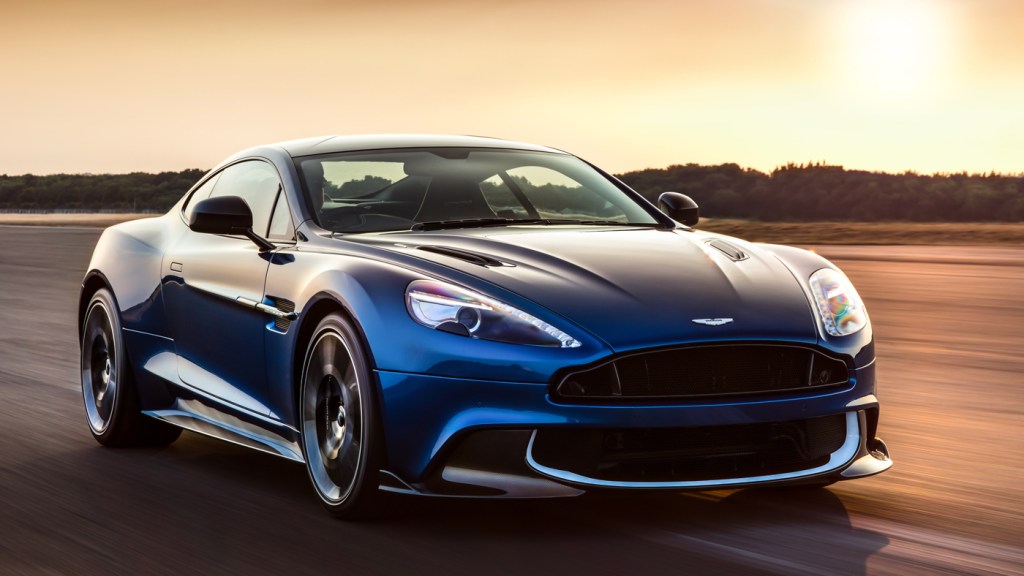 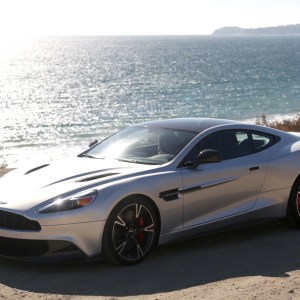 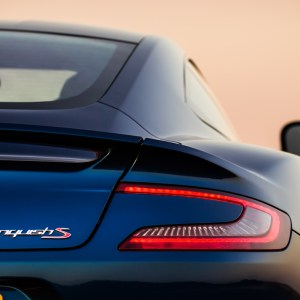 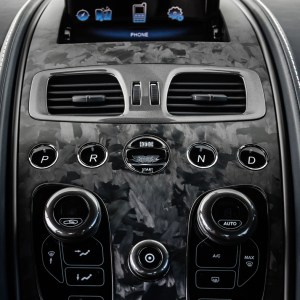 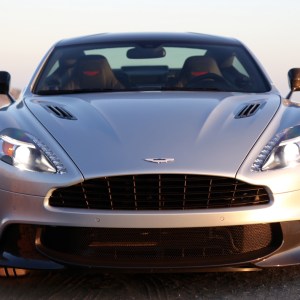 Ambling along Malibu’s share of the Pacific Coast Highway, I watch animated tourists roil over a seemingly endless procession of colorful supercars. Green Lamborghinis and red Ferraris—even a blue chrome-wrapped Maserati GranTurismo – all compete for attention with California’s own breathtaking coastline. For a brief moment, I too am ensnared by the mobile circus – lost in the dazzling display.

A deep bellow breaks my spell, jolting my cranial gears into motion. My right foot is the culprit, weighing heavy on the throttle and nudging the tachometer needle past 4,000 rpm—the introduction point for 465 ft lbs of torque and the most sinister exhaust note on earth; so good of Aston Martin’s naturally aspirated V-12 to return my senses. 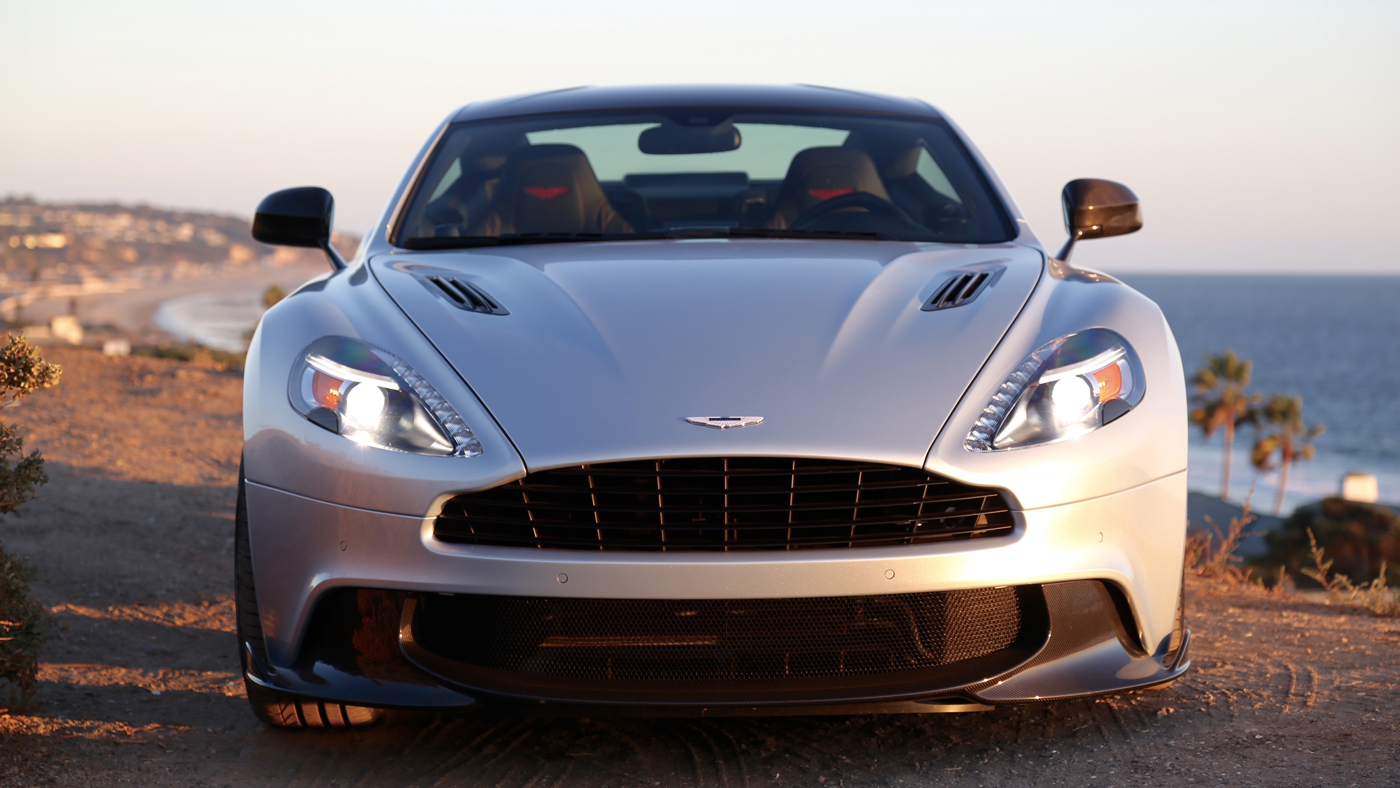 The Vanquish S Coupe crushes zero to 60 mph in 3.5 seconds and reach a top speed of 200 mph.  Photo by Miles Branman.

It may sound criminal to forget a vehicle like the 2018 Aston Martin Vanquish S Coupe, but that’s precisely its designers’ goal when developing its leather-drenched cockpit. Grand Touring (GT) vehicles like Aston Martin’s range-topper are designed primarily for passenger comfort and enjoyment—at tremendous velocity. A hand-built cabin cradles up to four riders while a newly revised adaptive suspension filters out any disruption from imperfect pavement. Delicate interior surfaces and intricately stitched patterns are the embellishments of a $298,000 two-door. Serenity only gives way when you desire chaos.

Over and beyond the front axle rests the heart of a dying breed. Aston Martin’s iconic 6-liter V-12 musters 580 hp—12 horses more than last year—without the help of forced induction. A rear-mounted 8-speed automatic transmission balances the car and ushers power to the rear wheels. Hammer the throttle and you’ll see 60 mph in 3.5 seconds; keep your foot buried and the Vanquish S Coupe will achieve 200 mph. The rush of acceleration (though thrilling) plays a supporting role to the engine note’s lead. Consuming mind and body; flooding the cabin; pulsing the air for a radial mile, angels and demons links arms and sing through a set of four exhaust ports. 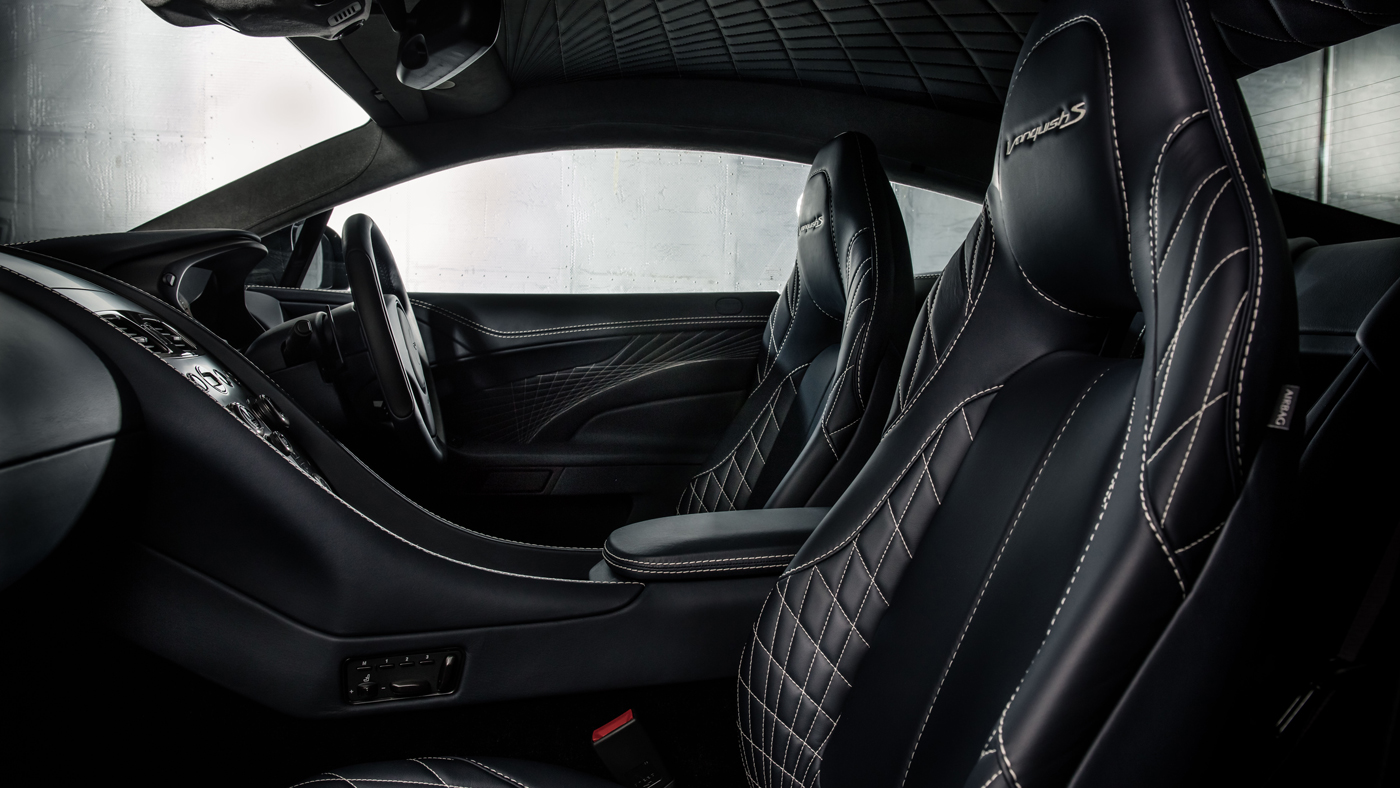 Transcending even the sonorous soundtrack is the Vanquish S Coupe’s design. Contemporary yet timeless, the two-door’s physique arrests one’s approach. Trepidation and veneration share a table in your soul as you pour over each windswept curve and refined edge. Never able to fully absorb the aesthetic, one must be resigned to appreciate new aspects over the length of ownership. Certainly, a week of acquaintance is not sufficient.

Vibrant supercars have their place in the world, cooing the masses and empowering their owners. It is no sin to appreciate an Italian exotic, but they are not the only manifestation of automotive excellence. Aston Martin’s Vanquish S is a statement made without wings or tinsel, an outward expression of inner confidence. It is the gentleman’s supercar.