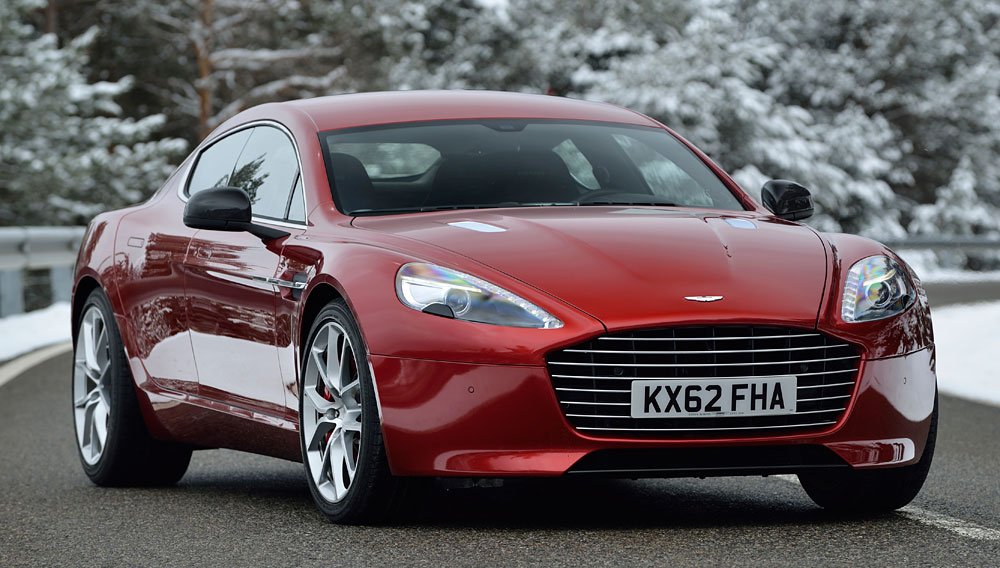 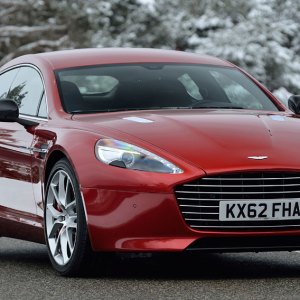 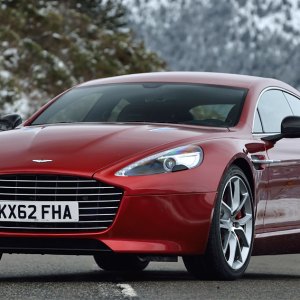 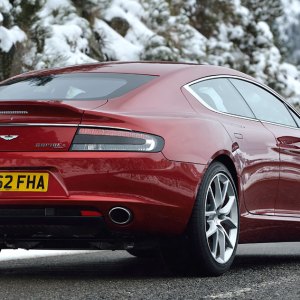 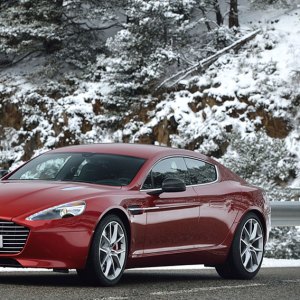 It was just four years ago that Aston Martin introduced the Rapide, and already the British automaker is back with a new and improved version of this sporty four-door. The new model, called the Rapide S, has a bolder look and more muscle under the hood—its 6.0-liter V-12 now makes 550 hp, an increase of 80. This new AM11 engine is mated to a 6-speed Touchtronic 2 ZF automatic transmission with column-mounted sequential shift paddles. The bump in performance is good for sub-5-second acceleration from zero to 60 mph and a top speed of 190 mph.

The sleek Rapide S has a sexy, fluid shape that is similar to those of the Vanquish and DB9, with the added bonus of two extra portals to make the rear seat more accessible than the tiny perches in the 2+2 versions of those two-door GTs. The most notable changes are the large, aggressive grille opening and the ducktail spoiler on the rear deck.

The handsome looks and usable rear seats are only half the story, though. This is a car that truly offers sport GT handling—it is quite easy to forget that there are two extra doors and rear seats when you are hustling the car down a twisty bit of tarmac. Three handling modes are now offered—the comfort and sport settings have been carried over with the addition of a track option. As a result of providing three to choose from, Aston Martin has done some recalibrating, adding a bit more softness to the comfort mode. While it is best suited to an urban environment with bad pavement, on relatively smooth roads I preferred the sport setting—the steering was much crisper and the body better controlled than in comfort. Track is a bit more high-strung and best reserved for circuit use.

The introduction of the nearly $200,000 Rapide S is the third model debut this year by Aston Martin, which has also launched the revamped DB9 and an all-new Vanquish. The product blitz is part of the company’s centennial celebration, marking the founding of the company by Lionel Martin and Robert Bamford in January 1913. The name Bamford & Martin was changed to Aston Martin in honor of the car’s success at the Aston Clinton Hillclimb in Buckinghamshire, England. As another part of this celebration, Aston Martin has been selected as a featured marque for the Pebble Beach Concours d’Elegance on August 18. (949.379.3100, www.astonmartin.com)