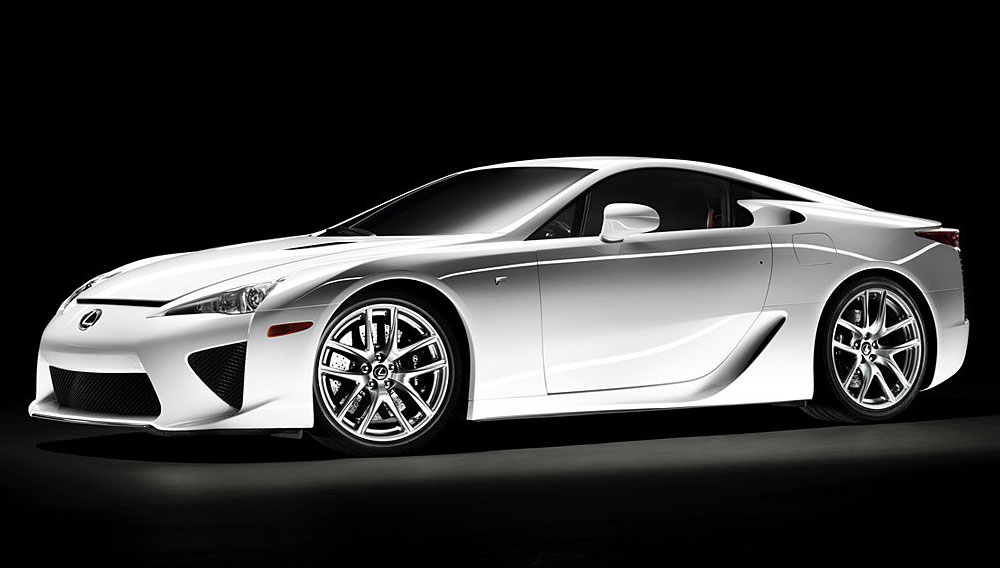 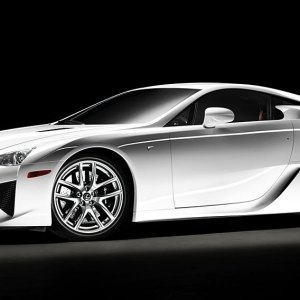 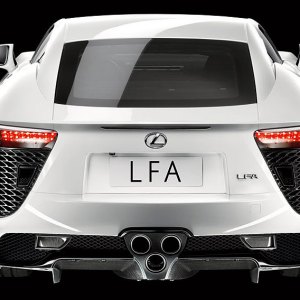 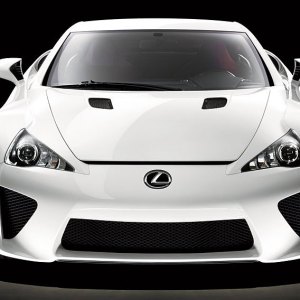 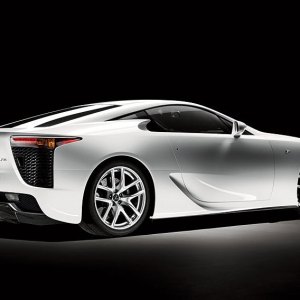 The longtime darling of spy photographers along Germany’s famed Nürburgring circuit, where it seems every new performance vehicle learns its manners these days, the dramatic Lexus LFA has at last broken cover. After a decade-long development process, this fearsome front-engine super car aims to redefine a brand that has come to be known—and lauded—for building cars that waft their occupants along in cocooned silence.

With its artfully sculpted surfaces and fine creases interrupted by an array of functional scoops and vents, the LFA’s menacing wedge shape is a study in aerodynamic efficiency. A Yamaha-engineered 4.8-liter V-10 engine with a 9,000-rpm redline provides the motivation, belting out 552 horsepower and 354 foot-pounds of torque. That prodigious oomph reaches the rear wheels through a six-speed sequential transmission—rear-mounted to help the car achieve its target 48/52-percent fore/aft weight distribution. The combination enables the 3,263-pound LFA to rush to 60 mph in a blistering 3.6 seconds and press onward to 202 mph.

Lexus has priced the LFA at about $375,000, but in an unorthodox attempt to thwart speculators who might garage untouched cars for later sale or resell them immediately at wildly inflated prices, the company plans to offer the car in the United States only through a two-year lease at an as-yet-unannounced monthly price. Rest assured, however, fortunate American lessees will still be able to have their cars built to order, choosing from among 30 paint colors.

Parent company Toyota will reportedly take a loss on every car, despite its six-figure price. Plans for the by-hand creation of only 20 LFAs per month for 25 consecutive months will yield a total production run of 500 vehicles, a scant 150 of which will reach America. Deliveries are set to commence early in 2011. (lexus.com; lexus-lfa.com)