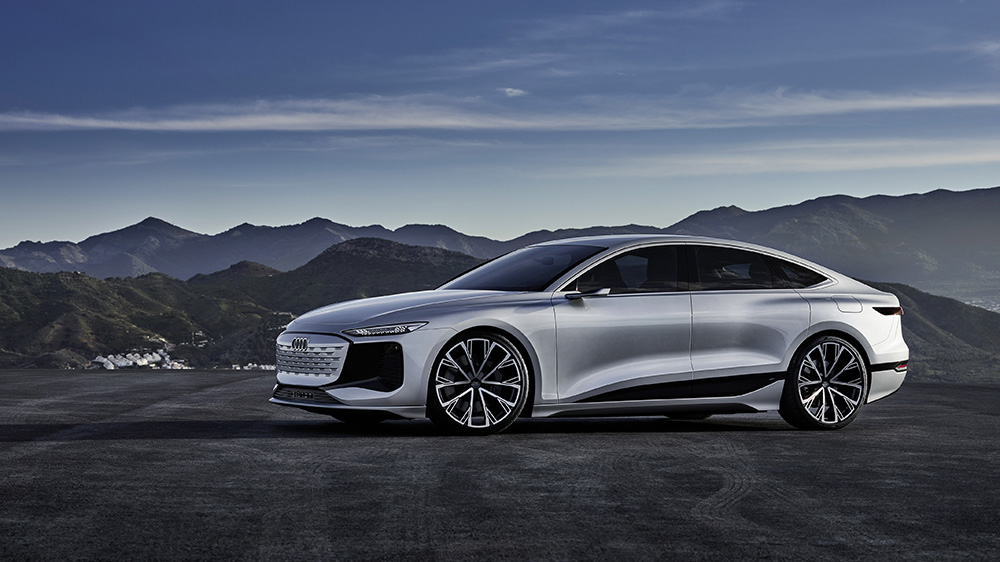 Audi is doing everything it can to make concept cars more than just something to dream about.

The German marque plans to put its well-received A6 e-tron concept into production, just as it did with the e-tron GT before it, CNET Roadshow reports. Even more exciting, the car could make its debut as soon as next year, with a release expected to follow in 2023.

It’s been clear since the fully electric prototype made its debut at Auto Shanghai this spring that there was a very real chance it would go into production. Audi even said at the time that it expected a final version to look “95 percent” like the concept. It now appears that the finished sedan will arrive sooner than later, with a spokesperson confirming to CNET that the automaker will unveil the production version sometime in 2022. The year after that, the EV will go into production.

Representatives for Audi did not immediately respond to a request for comment from Robb Report.

When it does debut, expect the A6 e-tron to be one of the sleekest electric sedans on the market. The concept’s exterior is a bold refinement of the brand’s current design language. For starters, a striking Singleframe grille is winged by ultra-thin headlights. From the there, the car’s soft lines flow over shaved-down doors to render a seamless, stylized Sportback profile. The brand’s first EVs, like the e-tron GT, all looks pretty slick, but this model is easily the prettiest.

The A6 e-tron will also likely be the first battery-powered Audi to ride on parent company Volkswagen Group’s Premium Platform Electric (PPe) platform. The new electrical architecture features two motors, making the sedan all-wheel drive, and can generate a combined 469 hp and 590 ft lbs of torque. The marque also claims that the car will be able to go 450 miles on a single charge, which is further than any EV currently on the market. New 800-volt charging tech will allow drivers to add 186 miles of range in just 10 minutes and go from 10- to 80-percent battery capacity in a half hour.

It’s both exciting and surprising that Audi is starting to view its concept vehicles more as rough drafts for future models than flights of fancy. It’s also a dynamic we hope other brands begin to emulate. The roads will be better for it.