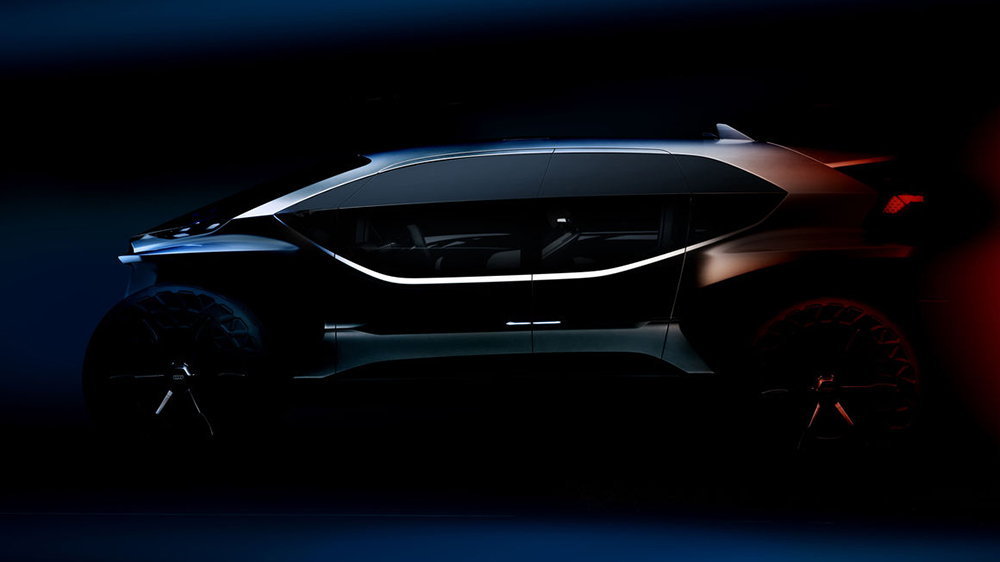 In a few short years, Audi has established itself as something of a trailblazer in the electric vehicle category, with a trilogy of battery-powered rides under its belt. Now, it appears that the German marque will burnish that reputation by adding a new electric SUV into the mix.

The AI:Trail Quattro, which will debut at the 2019 Frankfurt Motor show next month, is the final addition to a series of four EVs—which also includes the Aicon sedan, PB18 grand tourer and AI:ME hatchback—that began to arrive in 2017.

Audi has not yet disclosed specifics about the new electric concept, but the marque tweeted a teaser image last Friday, describing the vehicle as an “electrically driven off-roader—designated for future mobility.” Fortunately, the photo alone tells us quite a lot.

At #IAA19, we are showcasing the concept study for an electrically driven off-roader – designated for #future #mobility. Take a look at all of our concept #cars, including the Audi AICON that was presented at the past @iaamesse: https://t.co/6ab5St4hSW pic.twitter.com/4TXJR6wXz4

Finished in jet-black, the SUV appears to boast deliciously giant tires, suggesting that this will not be your dad’s SUV. Expansive glass windows afford plenty of outward visibility, while the passenger/cargo compartment spans nearly the whole length of the vehicle. There’s no traditional SUV engine bay, so the vehicle looks compact yet burly.

The car’s moniker also gives us a few clues: The familiar “Quattro” suggests that there’s an all-wheel-drive powertrain—one possible layout would see an electric motor at each axle—while the inclusion of “AI” suggests the model will feature Audi’s self-driving technology. The marque’s autonomous driving capability was most recently seen at the Shanghai Auto Show earlier this year in the AI:ME, which has a steering wheel and pedal set that retract into the dash when not needed.

The number of electric off-roaders currently on the market is relatively small, though we’ve seen a robust sport utility truck from Bollinger and a sturdy SUV concept from Rivan, both of which make clear that electric vehicles will not be bound to the standard streets and highways.

The finished AI:Trail Quattro will debut on September 10, 2019. It’s unclear from the teaser whether the vehicle is an inventive concept or future production model, though we expect Audi will provide more details soon.