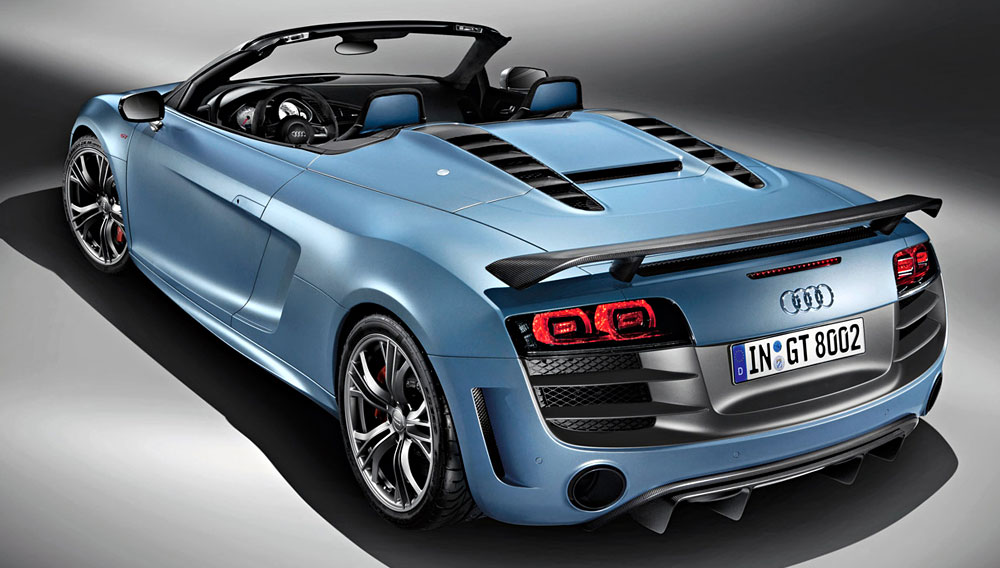 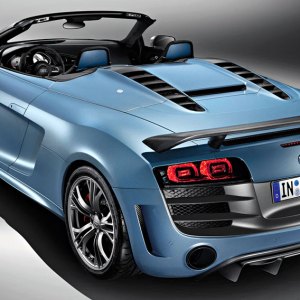 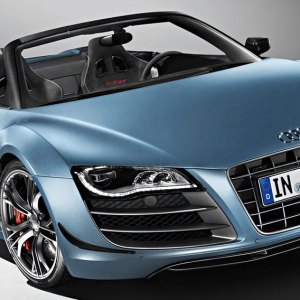 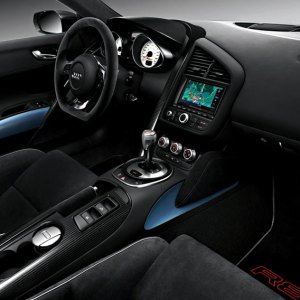 It’s no surprise that, on the heels of its sold-out R8 GT supercar, Audi would reveal an open-top version based on the R8 Spyder—but that doesn’t diminish the thrill of its arrival.

As they did with the R8 GT coupe, Audi’s engineers examined every aspect of the R8 Spyder for possible weight savings. As such, the GT Spyder is about 188 pounds lighter than the standard car—a surprising 65 pounds of which comes from the use of feather-light glass-fiber-reinforced polymer. Suspension tweaks lower the car by four-tenths of an inch, and behind new 19-inch alloy wheels, huge carbon-ceramic disc brakes provide fade-free stopping power.

Thanks solely to modifications to the engine-management system, the GT’s normally aspirated 5.2-liter V-10 sees output leap from 525 hp to 560 (a figure that lines up with the GT’s fearsome Italian cousin, the Lamborghini Gallardo LP560-4 Spyder). The engine pairs only with the R tronic automated manual transmission, which executes paddle-actuated gearchanges in a scant one-tenth of a second. Power is delivered to the pavement via Audi’s Quattro all-wheel-drive system, which has been revised to provide a strong rear-wheel bias for a bit of supercar-appropriate tail-happiness under full throttle.

Performance is, of course, suitably impressive. Sixty miles per hour arrives in 3.8 seconds (just two-tenths of a second longer than the lighter R8 GT coupe) and the speedometer needle will swing all the way to 197 mph—top down.