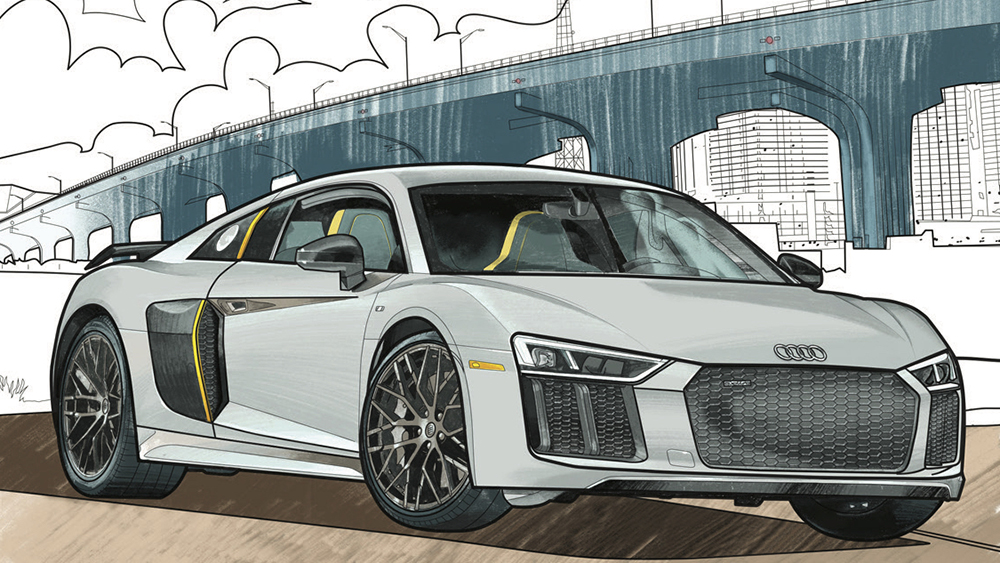 From virtual museum tours and online happy hours to animal livestreams, the world is coming up with downright ingenious ways to stay entertained while in quarantine. Now, Audi is joining the socially distanced party, adding coloring books to the list.

The marque has just released a new Audi Collection coloring book that’s perfect for young or old Audi fans. The book contains 13 different designs of the marque’s current line up. Best of all, it won’t cost you a cent. Audi is letting members of the public download the book for free via this link.

While a large portion of pages are dedicated to the R8—the marque’s 10-cylinder supercar—the book also features a Sport Quattro rally car, a Q7 crossover and an old Auto Union racecar. Each vehicle is depicted in just enough detail to challenge most adults, but if you want to up the ante, swap your coloring pencils for watercolor paints.

If you’re more of a Mercedes man, the German automaker released its own set of colorless sketches just a few days ago. Apparently, these drawings are geared toward entertaining young kids, but they appear to have the same amount of detail as the Audi designs. Besides, it’s not so much about the level of difficulty as it is about the act of coloring itself.

Coloring books have enjoyed something of a renaissance among stress-addled adults over the last decade. According to psychologist Gloria Martínez Ayala, that’s because coloring activates different areas of our right and left brain, resulting in relaxation.

“The action involves both logic, by which we color forms, and creativity, when mixing and matching colors. This incorporates the areas of the cerebral cortex involved in vision and fine motor skills,” Ayala told HuffPost. “The relaxation that it provides lowers the activity of the amygdala, a basic part of our brain involved in controlling emotion that is affected by stress.”