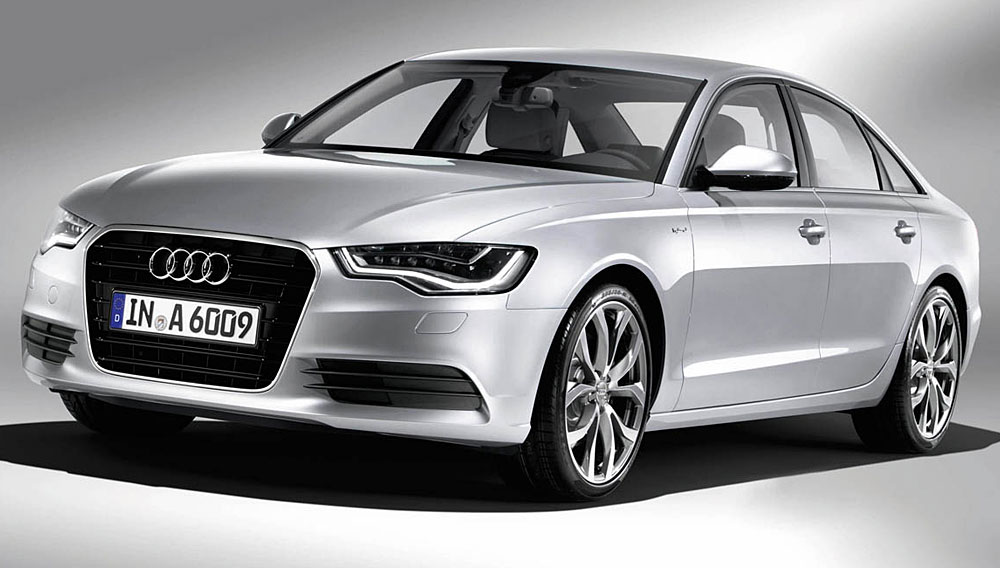 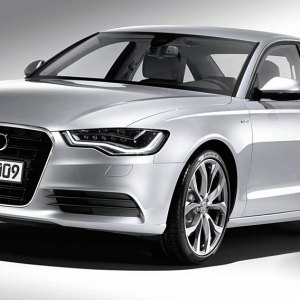 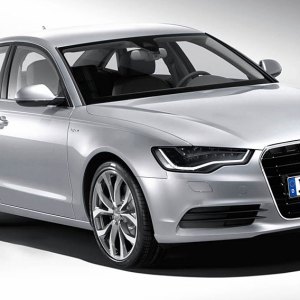 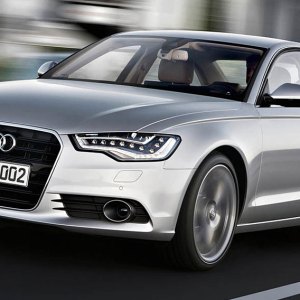 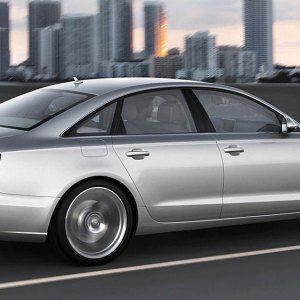 Among mid-luxury four doors, in a segment that includes the deeply impressive Mercedes-Benz E-Class and BMW 5-series sedans, Audi’s A6 has always been content to play the role of the suave, soft-spoken genius. It’s a tradition that carries on for the 2012 model year, as the Ingolstadt, Germany–based automaker delivers a brand-new A6, one defined by sophisticated (yet very familiar) looks and a raft of advanced technology — a good deal of it borrowed from the company’s flagship A8 sedan.

The new A6 boasts an aluminum-intensive new structure that’s lightweight and extraordinarily rigid and crashworthy. Like the A8, the A6’s taillights and, optionally, headlights are composed entirely of dozens of bright yet energy-efficient LED elements. These LED units produce a light with a temperature that’s remarkably close to that of normal daylight, reducing eyestrain during long nighttime stints behind the wheel.

A dramatically styled cabin welcomes occupants, and a huge array of amenities—including finely stitched hides and polished wood veneer, along with massaging seats and a Bang & Olufson audio system—keeps them happy. Naturally, the new A6 will offer the latest iteration of Audi’s advanced Multi Media Interface (MMI), which unifies controls for the car settings, the audio and telephone systems, and navigation that features Google Earth imagery.

There’s big news under the hood as well. At launch, expect the new A6 to make use of the 3-liter supercharged V-6 from current A6 3.0T (and the S4).  Likely matched to a six-speed Tiptronic manumatic transmission and Quattro all-wheel drive, the engine produces a stout 300 horsepower and 310 foot-pounds of torque, sufficient to launch the elegant four door to 60 mph in less than six seconds.

Audi is also working with corporate cousin Bentley to create a powerful, highly efficient 4-liter direct-injection V-8 engine. Bentley will doubtless pursue a twin-turbo version for the Continental GT coupe; Audi will probably offer a single turbo or normally aspirated version for the A6, paired with an S-tronic seven-speed dual-clutch transmission.

Looking forward, Audi is putting the finishing touches on a hybrid version of the A6, which will employ a turbocharged four-cylinder engine and an eight-speed automatic transmission with a compact but powerful electric motor sandwiched between them. The power train is good for a combined 245 hp, though Audi claims the A6 hybrid will have the ability to run at speeds up to 62 mph on electric power alone and return a pretty stellar 38 mpg.

The 2012 A6 rolls onto the European scene early this year and will likely appear in American showrooms before the summer. Pricing hasn’t been announced, but even with its many advances, don’t expect the starting price of the 2012 A6 3.0T to jump dramatically from the 2011 model’s $50,200. (audiusa.com)