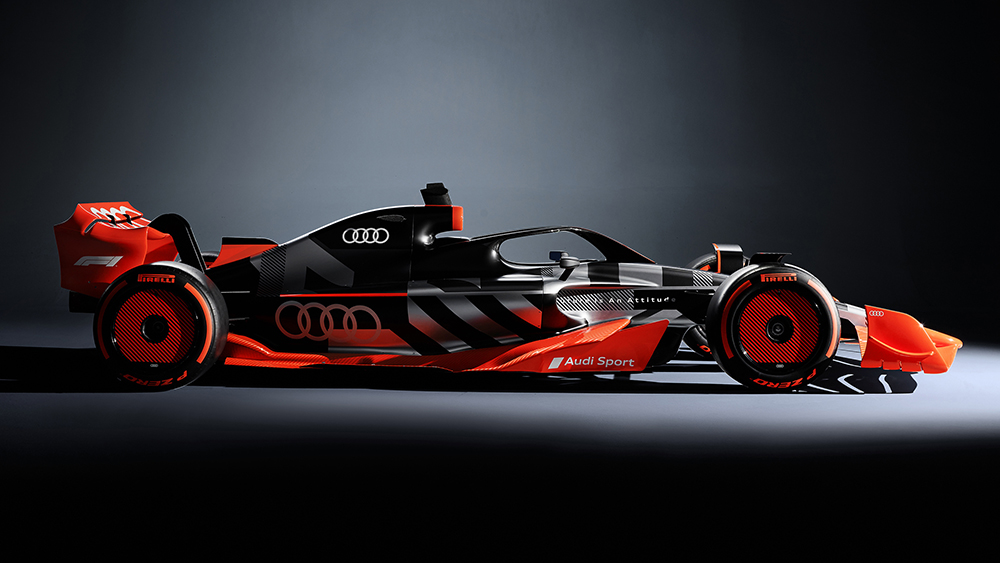 Audi is ready to represent Germany in Formula 1.

The German marque, which is owned by Volkswagen, today announced that it will join the premier class of motorsport from the 2026 season. Better still, it’s building its own special power unit for the occasion. It will be the first time in over 10 years that an F1 powertrain will be built in Germany.

The news, which Audi’s board members fittingly broke on the eve of the Belgian Grand Prix, follows the release of new engine regulations set to come into force in 2026. The rules, which will focus on greater electrification and the use of advanced sustainable fuel, align perfectly with Audi’s plans for a greener future.

“With the new rules, now is the right time for us to get involved,” Markus Duesmann, chairman of Audi’s Board of Management, said in a statement. “After all, Formula 1 and Audi both pursue clear sustainability goals.”

Tom Kristensen, nine-time winner of Le Mans, next to the 2005 Audi R8 LMP1 he drove to victory.  Stephan Cooper, courtesy of Rolex.

Motorsport veteran Adam Baker will lead the project under a new company owned by the marque’s high-performance division Audi Sport. The new powertrain will be built at Audi Sport’s high-tech Competence Center Motorsport in Neuburg an der Donau, not far from the automaker’s headquarters in Ingolstadt. The setup will comprise an electric motor, a battery, control electronics and a combustion engine that will run on advanced sustainable fuel.

Interestingly, Audi has only revealed its intention to join as a power unit manufacturer at this stage. The marque says it will announce the “team they will be lining up with in 2026 by the end of the year.” Audi has reportedly been in talks with the Swiss-based Sauber team currently sponsored by Alfa Romeo, according to Reuters. Aston Martin and Williams have also expressed an interest in teaming up with Audi. (Whether the livery pictured up top will make it to the F1 in 2026 remains to be seen as it depends on the partnership.)

The four rings has a racing history dating back to before WWII and won the 24 Hours of Le Mans some 13 times before quitting in 2017.  It clearly understands the way in which the track can propel a marque.

“Formula 1 is both a global stage for our brand and a highly challenging development laboratory,” Duesmann explains. “The combination of high performance and competition is always a driver of innovation and technology transfer in our industry.”

The world’s most popular racing series, which had more than 1.5 billion TV viewers in 2021, has set a goal of being carbon-neutral by 2030. We can expect more innovations to follow, then.