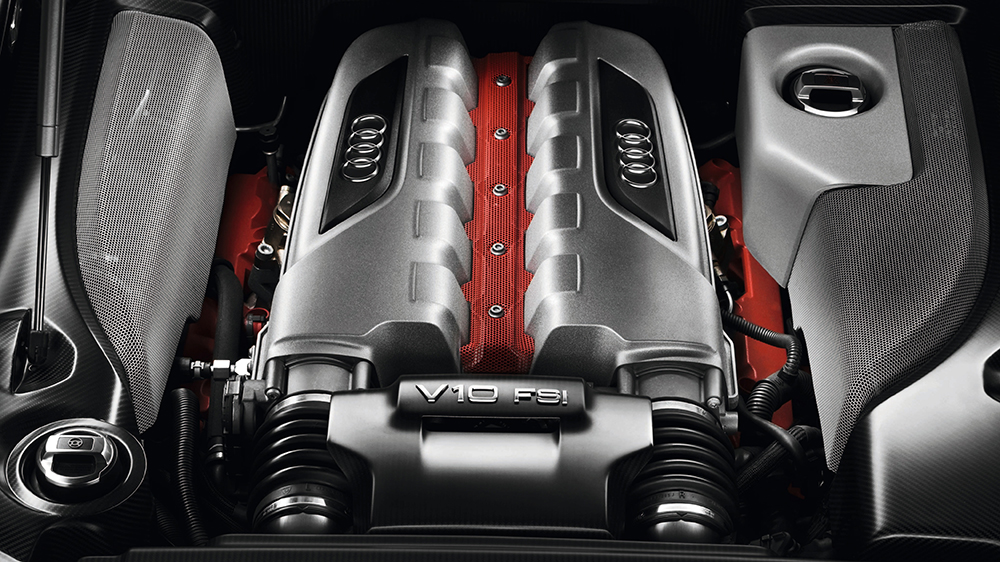 Audi is moving on from the internal combustion engine.

On Tuesday, and executive for the German luxury marque announced that it will no longer develop the traditional combustion engines. While the company won’t stop selling the gas-powered mills just yet, the move highlights the brand’s commitment to lowering emissions going forward.

An industry-wide shift towards electrification is certainly part of the reason for the decision, but it wasn’t the main reason cited when the automaker explained the thinking behind the decision. Instead, the marque’s CEO Marcus Duesman blamed increasingly strict emission regulations in the European Union during an interview with German industry publication Automobilwoch. The most stringent of these standards, Euro 7, is schedule to go into effect in 2025 and is expected to speed the phasing out of fossil fuel-powered vehicles throughout the trading bloc.

Of course, engines like 4.0-liter V8 in the RS6 and the 5.2-liter V10 in the R8 (pictured up top) won’t disappear tomorrow. But now, instead of allocating resources to the development of a new generation of internal combustion engines, the company will focus its efforts on optimizing its existing mills and making them cleaner and more efficient. We also wouldn’t be surprised if a fair amount of those resources are now allocated towards electric powertrain development as well.

Tuesday’s announcement doesn’t come as a complete shock. Audi clearly understands that the internal combustion engine’s days are numbered. In fact, the automaker has steered hard towards electrification in recent years, announcing plans to offer 20 EVs by the middle of the decade, including the eagerly anticipated e-Tron GT sport sedan.