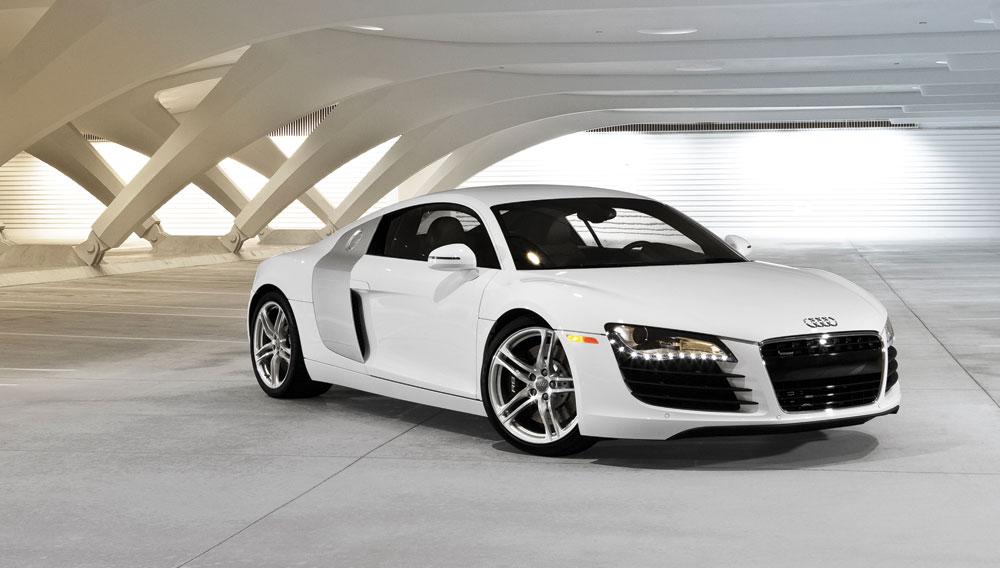 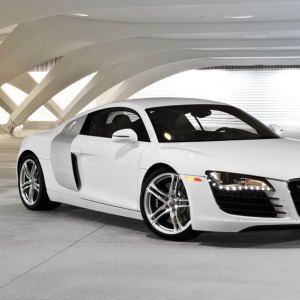 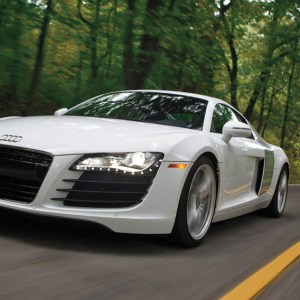 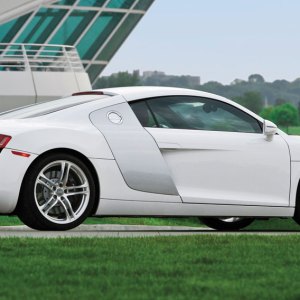 It is nearly impossible to find fault with the Audi R8. In fact, it outranked Ferrari, Porsche, and Aston Martin at Robb Report’s 2008 Car of the Year event, earning first-place honors. And while the original R8 featured sufficient power for a V-8 sports car—414 hp and 317 ft-lbs of torque—it lacked the performance figures and credentials to keep pace with Italian competitors. Enter the 2010 Audi R8 V10 (As shown in Media Gallery). Using the same 5.2-liter V-10 engine components as the Lamborghini Gallardo LP 560-4, the R8 V10 produces an impressive 518 hp and 391 ft-lbs of torque. From the outside, the R8 V10 is nearly identical to the standard V-8 model. Aside from oval-shaped exhaust pipes, slightly larger air scoops on the side blades, and fewer crossbars beneath the headlights (which are now all full LED), the V10 will be nearly impossible for passersby to differentiate from the V-8 model—unless, of course, they hear it coming. For those who can’t get enough of the R8 V10’s exhaust note, a convertible version will hit the showroom floor later this year as a 2011 model. Pros: Stunning appearance, superb performance, rare on the streets. Cons: Be prepared to talk to all of the car’s admirers at every single fuel stop.