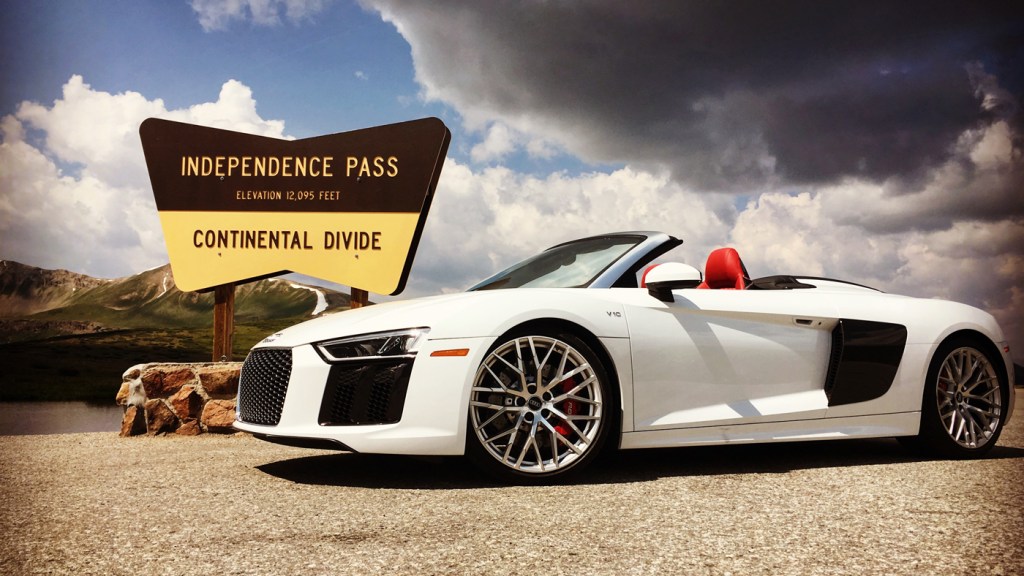 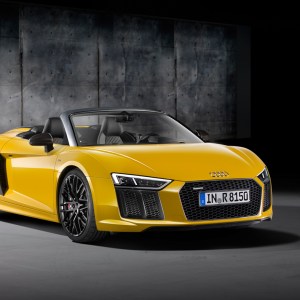 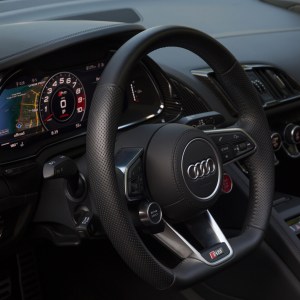 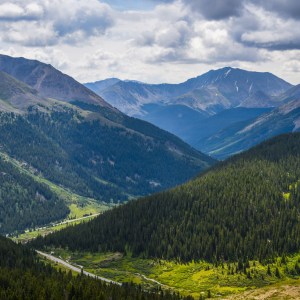 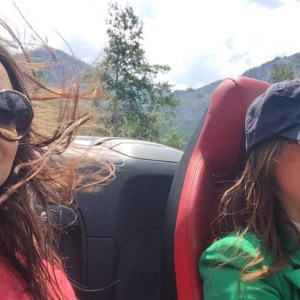 The man in the white minivan stares as we pass. Here we are, two giggling women, taking a slow corner in the new Audi R8 V10 Spyder in Colorado’s Rocky Mountains. It’s hard on the brakes, then steady on the throttle as we guide the open-top roadster around a tight hairpin. For a brief moment, our eyes meet minivan guy parked on the side of the road with a gaggle of screaming kids in tow. Mouth agape, his eyes follow the car as he wears a longing expression that says, “I hate my life.”

We mash it to the floor, all ten cylinders firing. We exit the corner pulling enough g-force that our stomachs tickle. The wind tousles our hair and we’re treated to a delicious soundtrack, as the convertible’s exhaust echoes through the canyons and bounces off the rocks.

The picturesque perspective from Independence Pass in Colorado.  Photo by Maddy M/Shutterstock.

The Audi R8 began life as a Le Mans racecar. Here at Robb Report, we were already fond of the coupe, which was one of the candidates for our Car of the Year competition last year. Racing is even in the convertible’s DNA, as about 50 percent of its parts are shared with the Audi R8 LMS, a GT3-spec racecar that competed at this year’s 24 Hours of Le Mans and the Daytona 24. While many competitors have gone to turbocharging, the R8 sticks with a naturally aspirated 5.2-liter V-10 similar to that of the Lamborghini Huracán, though good in this instance for 540 hp. That power, coupled with impeccable performance, has also made Audi’s new R8 V10 Spyder a contender in Robb Report’s 2018 Car of the Year contest.

As we wind our way through tight curves and accelerate onto short straights, our R8 V10 Spyder can do zero to 60 mph in just 3.5 seconds. Even at close to 12,000 feet above sea level, the glorious naturally aspirated engine shows no sign of compromise in the thin air.

The current-generation car is 110 pounds lighter and 40 percent more rigid than its predecessor, thanks in part to carbon-fiber cross braces in the front and rear. Combined with Audi’s Quattro all-wheel drive and a torque vectoring system, the Spyder shows no sign of flex or body roll as we exercise it to and fro. Gear changes are courtesy of a 7-speed dual-clutch transmission, which shifts quickly and seamlessly.

Soon we reach Independence Pass, one of the state’s highest paved roads on the Continental Divide, demarcating the watersheds between east and west. The parking lot is full of both tourists and locals who give our R8 Spyder envious looks as we roll in. Here we stretch our legs and pause to take in the vehicle’s external beauty. Compared with the coupe, the swap of the metal roof to the soft top dramatically alters the proportions of the R8 Spyder, deleting the coupe’s long cabin fins and giving it an unconventional, cab-forward appearance. Notable for this generation is a modified “side blade,” now in the form of a carbon-fiber scoop instead of the larger, contrasting piece that used to run from top to bottom. In the rear, there is a perception of more width compared with the coupe, a visual achieved by horizontal themes in the tail lights.

Our drive back to Aspen is more serene, as the narrow, two-lane road is clogged with campers and rental cars. Even with the top down, the R8’s cabin is quiet enough for us to catch up on the latest gossip or listen to Bruno Mars on the Bang & Olufsen sound system. The R8’s driver-oriented cabin is straightforward and is outfitted with thoughtful features such as microphones integrated into the seatbelts, which help reduce ambient noise during phone calls.

A sea of onlookers parts as we pull the car into the hotel valet. Our faces are warm from the sun, the wind, and the laughs. We look at one another and heartily agree: Let’s never, ever, be the minivan guy.