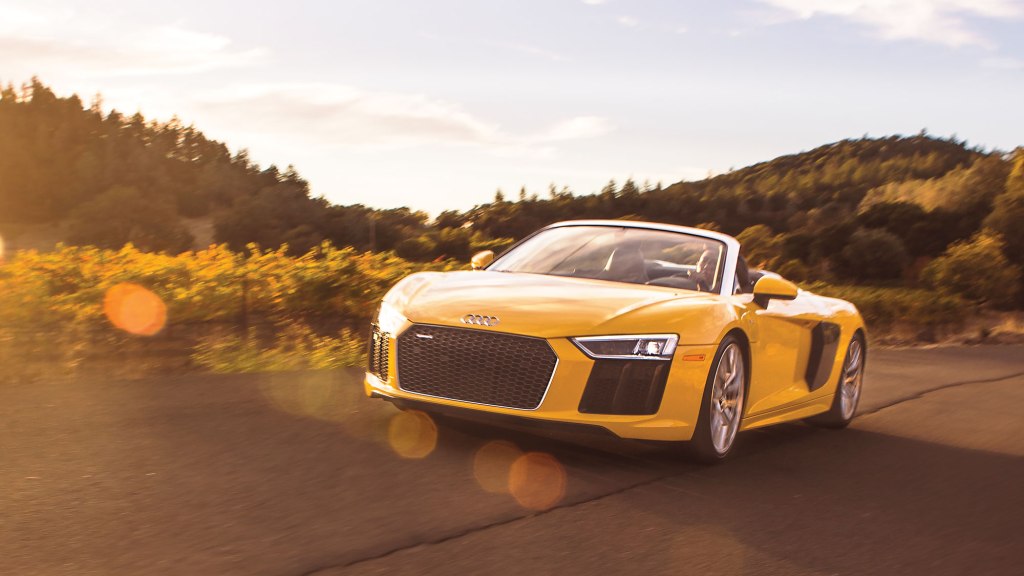 “Everything is desirable,” said Craig Kelley of Audi’s consummate roadster. The R8 is a perennial favorite of Robb Report, having won Car of the Year and Best of the Best accolades in the past. This time around, the competition takes the form of the V10 Spyder, which benefits from a subtle redesign that includes a larger front grille and a carbon-​fiber side scoop that replaces the full-length “side blade.” Chef Thomas Keller opined that the “sharp” design is the most desirable aspect of the sporty two-seater.

About half of the car’s parts are shared with the Audi R8 LMS, a GT3-spec racecar that competed at both the fabled 24 Hours Nürburgring and the Rolex 24 at Daytona endurance races. An authentic racing pedigree enables the R8 V10 Spyder to be a formidable all-around performer, from its “smooth” and “exhilarating” power to its “tight,” “balanced,” and “precise” handling. Audi sticks with its trusty naturally aspirated V-10 and pairs it with a 7-speed dual-clutch transmission that Brook Margraves deemed “very responsive.” Power is sent to all four wheels via Audi’s Quattro system for maximum traction and control. Christian Navarro said, “[I] love the four-wheel drive!” and Faheem Hasnain exclaimed, “Cornering is fantastic!” Taylor Merritt and others praised “the great exhaust note,” while several judges marveled at the Spyder’s ability to go from daily driver to all-out track car. Eric Brandt likened the R8’s versatility to the “feline family,” and noted that the car’s personality can range “from a house cat to a cheetah.” In simpler terms: “It just does everything well,” said Zane Edwards.

Many judges, especially the taller ones, complained of a lack of legroom and interior space. David Saunders proclaimed, “This car is made for Lilliputians,” and Scott Rosen bemoaned, “My knees were in my chin.” With a starting price of about $175,000, Mitch Bloom called the R8 V10 Spyder “hard to beat in comparison to other supercars in its class.” Ricky Novak agreed, adding, “It’s not a bad choice for a midlife crisis if you can’t spend more than $200K.”