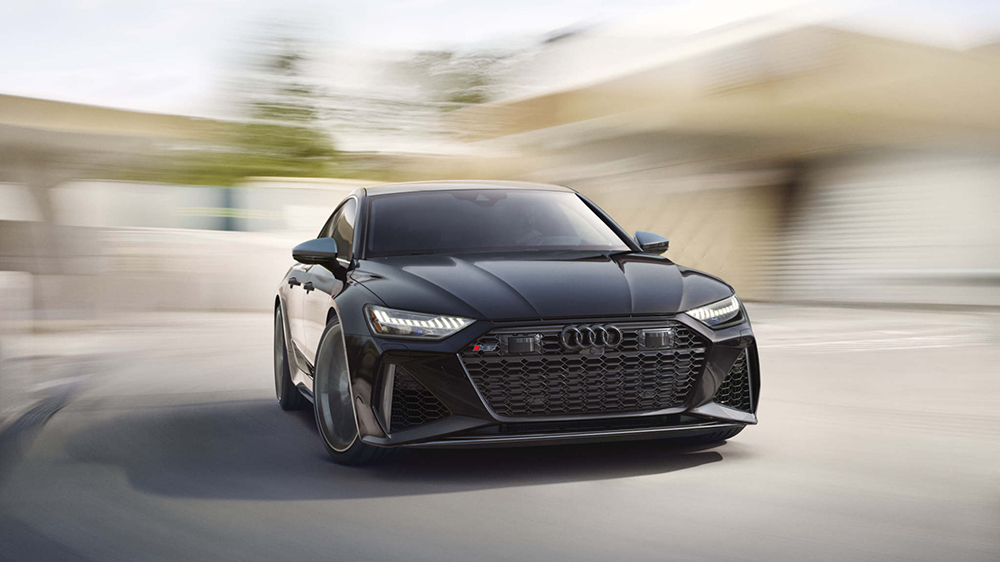 The German marque has just unveiled a dressed-up version of its venerable sports sedan called the Exclusive Edition. In addition to a subtle makeover, the new variant will be limited to a production run of just 23 examples.

Each Executive Edition comes finished in a stunning coat of Mamba black, a pearlescent shade with hints of blue. The sedan and its sloping roofline have also been outfitted in the brand’s Carbon Optic and Black Optic trim packages. The former adds carbon-fiber elements to the vehicle, like its front spoiler and rear diffuser, while the latter darkens all of its badging. The four-door also rides on a set of 22-inch “5 V-spoke” wheels finished in gloss anthracite. Together, the changes give the car an even more sophisticated air than usual.

The exterior isn’t the only aspect of the car that’s been treated to an upgrade. The blacked-out interior is covered in Audi’s expanded leather package, which adds the material to the armrests, door panels, center console trim and upper dashboard. Special Sepang Blue contrast stitching is also featured throughout the cabin. Other new details include exclusive Audi Sports floor mats and a black Dinamica headliner.

The RS7’s powertrain has been left untouched, and with good reason. The sport sedan is powered by a 4.0-liter TSFI bi-turbo V-8 mated to an 8-speed Tiptronic automatic transmission. The athletic mill can produce up to 591 horses and 590 ft lbs of twist. Audi claims the car can launch from zero to 60 mph in 3.5 seconds on its way to an electronically limited top speed of 190 mph. The variant has been outfitted with blue ceramic brake calipers, though, to match the rest of the vehicle.

Inside the RS7 Exclusive Edition  Audi

The fancy new RS7 Exclusive Edition is expected to hit the market later this summer with a price tag of $165,400. If you want to add some style to your garage you’ll want to move quickly, though. We expect the 23-car production run won be around for long.