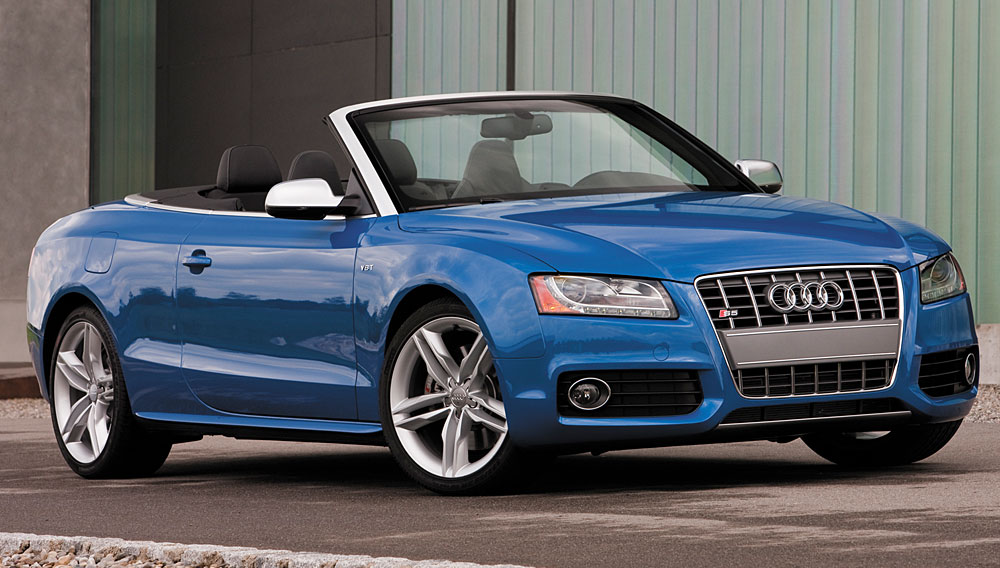 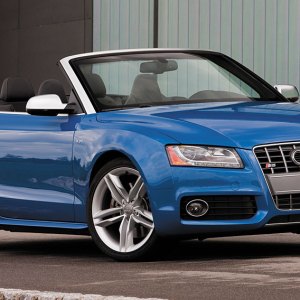 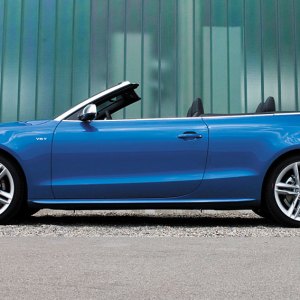 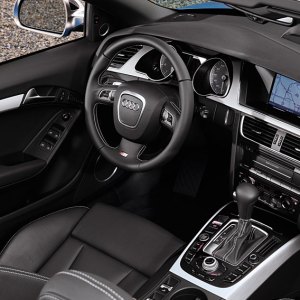 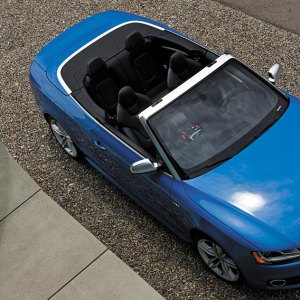 The S5’s seductive lines look even better in convertible form—with its roof stowed away, there’s nothing between the windshield and tail to disturb those flowing lines. Sleek and understated, the $60,000 S5 Cabriolet drips sophistication from every angle. The smaller-capacity supercharged V-6 engine (rather than the big-lunged V-8 of the S5 coupe) hasn’t reduced the S5’s performance—it is still a startlingly rapid car, helped by Audi’s silken 7-speed double-clutch transmission. With its muted steering and stiff-jointed ride, the S5 ragtop lacks real driver engagement. It’s at its best as a fast and refined cruiser, rather than a cut-and-thrust racer. Its continent-covering credentials are enhanced by its excellent roof-up refinement and the all-weather sure-footedness of its quattro four-wheel-drive. And there’s the added benefit of two snug rear seats and an accommodating trunk to swallow everyone’s weekend luggage. Try saying that about your Boxster, Z4, or SL. Pros: Sexy styling with all-wheel-drive stability. Cons: Performance does not stack up against the BMW M3.