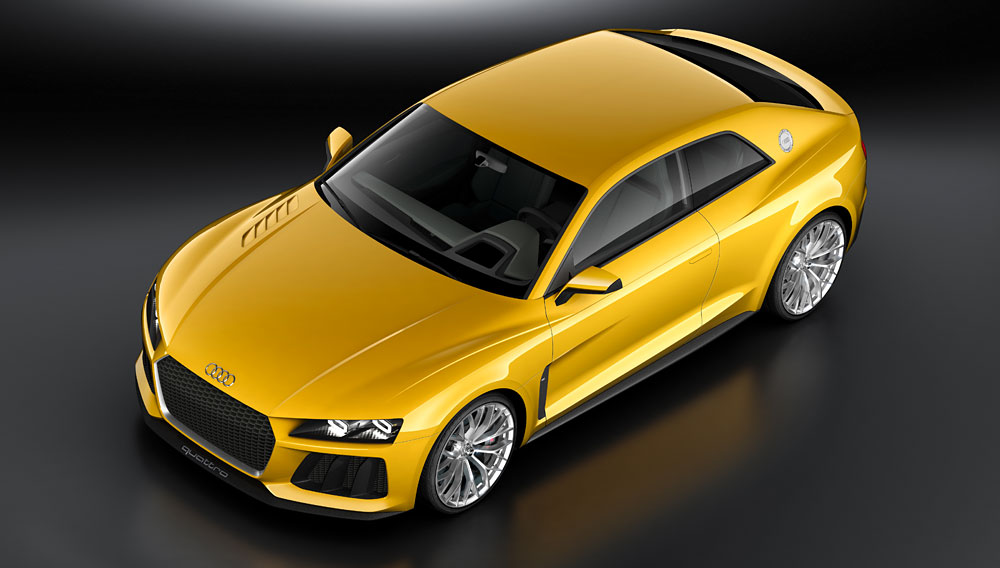 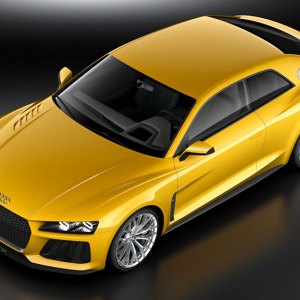 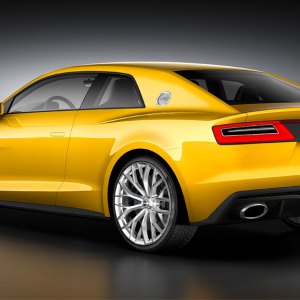 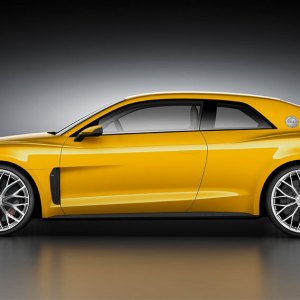 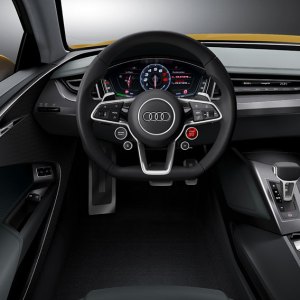 Three years ago, at the Paris Motor Show, Audi showed the Quattro Concept, a two-door, all-wheel-drive supercar commemorating the 30th anniversary of the first Quattro all-wheel-drive coupe. Although the concept was originally planned for limited production, Audi ultimately pulled back, saying it didn’t have the resources to build the car.

Now it’s back. At this year’s Frankfurt Motor Show, Audi took the wraps off the Sport Quattro Concept (this time in a yellow-and-orange metallic paint scheme rather than the original white) and hinted that it may follow through in making this 700 hp exotic a reality.

The difference this time around is that instead of the previous version’s 2.5-liter turbocharged in-line 5-cylinder engine, this concept is a hybrid, with a 560 hp twin-turbo 4.0-liter V-8 joined to a 140 hp electric motor, which also serves as the vehicle’s transmission. The Sport Quattro Concept is equipped with three modes of operation: pure EV for city driving, hybrid for maximum efficiency, and sport for all-out performance. With its combined output, the powerplant can propel the Sport Quattro Concept to 62 mph in 3.7 seconds. Top speed is nearly 190 mph.

Riding on a 109.6-inch wheelbase, the Sport Quattro Concept measures just 181.2 inches overall and seats only two. The design is meant to recall the short-wheelbase 1983 Quattros, built for rallying. At the same time, the new single-frame grille with its honeycomb texture is a design cue that may make its way onto other Audi production models.

If the green light is given to do a limited run of the car, we expect it to be priced above the mid-engine Audi R8. (www.audi.com)