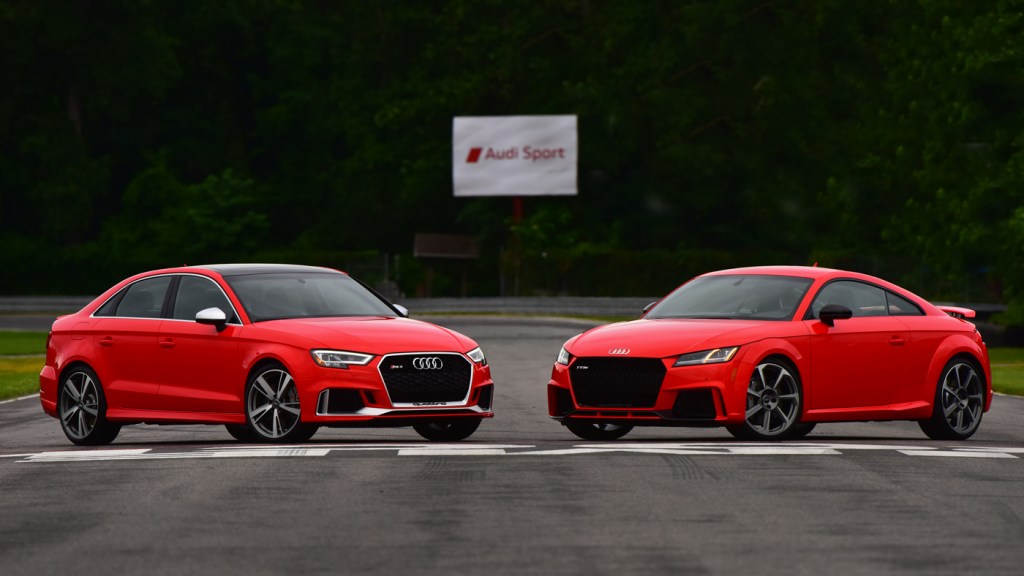 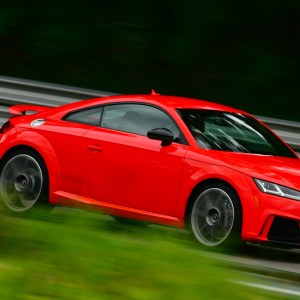 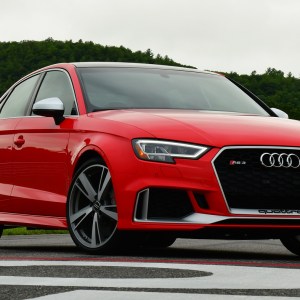 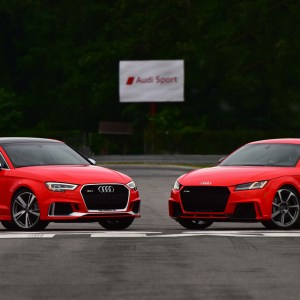 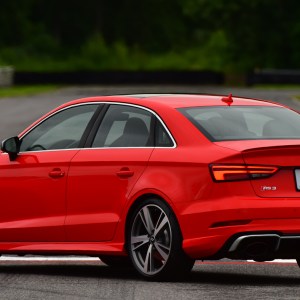 “Did you call a taxi?” legendary racecar driver Hans-Joachim Stuck asks me as he slips in behind the wheel of the 2018 Audi TT RS.

“Yes,” I reply, sitting in the passenger seat and playing along. “But I’m in a hurry.”

We are at Audi’s media launch of the brand’s new TT RS and the 2018 Audi RS3 at Lime Rock Park in western Connecticut. The 1.5-mile-long racetrack is where Stuck drove an Audi 90 Quattro IMSA GTO to victory during the 1989 IMSA GTO racing series, recording the race’s fastest lap time (51.34 seconds) in the process. After watching a few other members of the media climb out from the passenger seat of the new Audi sportster, quite literally weak in the knees following a Stuck-driven hot lap, I know two things: the 66-year-old racing legend still has the chops to drive aggressively, and my looming “taxi ride” is going to be a rush.

“Ready to go?” he asks. The affirmative response barely leaves my lips and Stuck is already on the accelerator. In an instant, we’re barreling out of pit lane.

With the Dynamic plus package, the RS3 has a top speed of 174 mph.  Photo: Courtesy of Audi.

It is one thing to experience a car on a track while behind the wheel, as I did earlier in the day in this Audi TT RS and the RS3 (which start at $64,900 and $54,900, respectively). It is quite another to feel a car’s power and to experience its capabilities as a passenger, especially when the driver has the skill to draw out the vehicle’s maximum potential.

Powered by a 2.5-liter, 5-cylinder engine that churns out 400 hp and 354 ft lbs of torque, the TT RS can sprint from zero to 60 mph in only 3.6 seconds. That rate of acceleration is possible largely due to the vehicle’s standard Quattro all-wheel drive, a system that can deliver almost 100 percent of the engine’s available torque to the rear wheels when necessary.

The constant adjustment and distribution of torque between the front and rear wheels also maximizes the car’s grip and control, two attributes that are boldly on display when Stuck powers the TT RS through the track’s serpentine section at more than 80 mph.

The zero-to-60-mph time for TT RS is three-tenths of a second faster than the RS3.  Photo: Courtesy of Audi.

“Quattro is, in my opinion, one of the best inventions in the world,” says the renowned racer during a follow-up lap behind the wheel of the RS3. “Normally, you put your power down and the wheels are squealing and spinning, you know? Not like here. It also gives you a precise cornering speed. As we approach an uphill corner at the track’s halfway point, he elaborates: “Here, as I’m turning in, once I have the right wheel position for the corner, I can go to the throttle and put power down and there’s no moving of the car. It’s fantastic.”

The Lime Rock circuit remains one of Stuck’s favorite racetracks in the United States due to its demanding hills and the numerous lines that a driver can take based on a particular vehicle’s steering capabilities and personality. Both the TT RS and RS3, which are the first of eight new Audi Sport models that the company plans to bring to the U.S. market over the next two years, proved entirely capable on the challenging courses. “I was shocked that a street car of today was as close to the racecars of my past,” Stuck mentions after his hot laps. “Brings back great memories.”

The pilot’s seat of the Audi TT RS before takeoff.  Photo: Courtesy of Audi.

Subtle differences distinguish the TT RS and the RS3. With a lower center of gravity and a lighter curb weight, the TT RS is, as Stuck describes, “the uncompromised machine.” Its zero-to-60-mph time is three-tenths of a second faster than the RS3. The RS3, however, offers a more functional and spacious rear seat. On the topic of performance, Stuck acknowledges that the slightly enhanced abilities of the TT RS over the RS3 are only detectable “when you’re driving the cars to the max.”

Ultimately, both all-wheel-drive vehicles offer plenty of power and speed—whether cruising the open road or tearing around a racetrack. And an optional Dynamic plus package increases the max speed of each model to 174 mph.

“You are always the master of this car. This is important,” Stuck says as he finishes a cool down lap in the RS3. “It’s forgiving, you know? That makes it really nice to drive.”