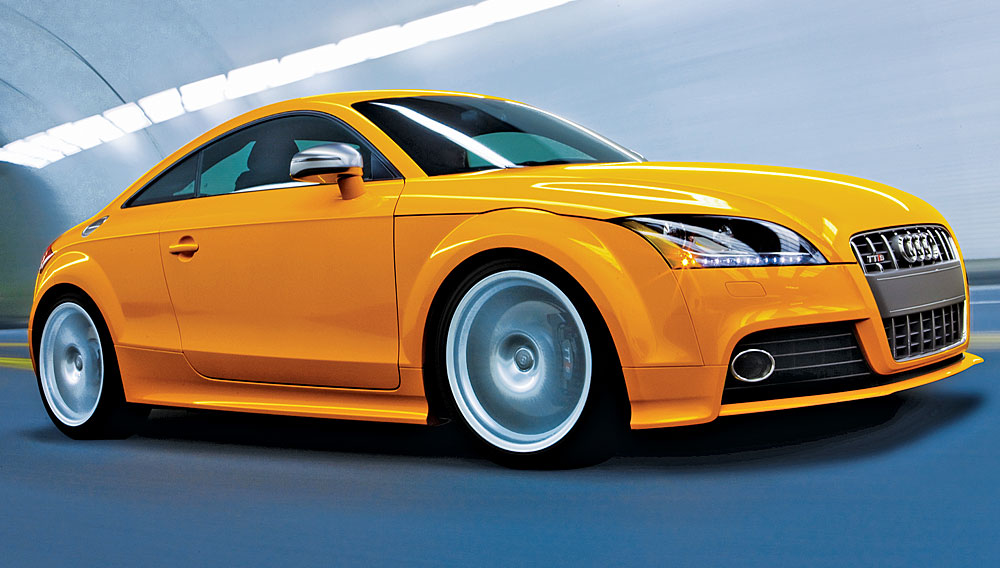 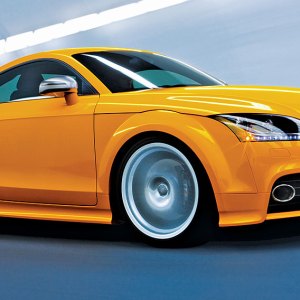 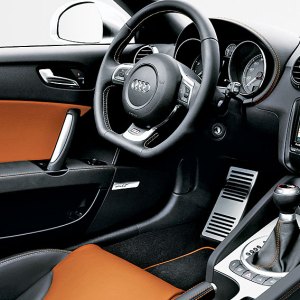 After years of being thought of as too cute or bubbly by serious sports-coupe enthusiasts, Audi’s TT model line finally received the shot of testosterone it needed to compete with the likes of the Porsche Cayman and BMW 135i. The 2010 Audi TTS (www.audiusa.com), which starts at $45,900 and features a more aggressive design than the standard version, is equipped with Audi’s signature LED running lights, quad exhaust pipes, and a motorized rear-wing spoiler that lifts at 75 mph for additional aerodynamic downforce. More importantly, however, are the upgrades beneath the body panels. Boasting 265 hp and 258 ft lbs of torque from a sport-tuned 2-liter turbocharged 4-cylinder engine, the TTS is the most powerful TT available in the United States, reaching 60 mph in less than 5 seconds. At the same time, the car is efficient, achieving nearly 30 mpg on the highway. The ride quality is surprisingly superb due in large part to Audi’s magnetic ride suspension system and smooth shifts from the 6-speed dual-clutch transmission.

While the TTS may not stack up against the Bentley, Maserati, or Mercedes-Benz, those looking for a small, fast, and fun car that works as well for weekday commutes as for weekend canyon carving will not be disappointed with this Audi.