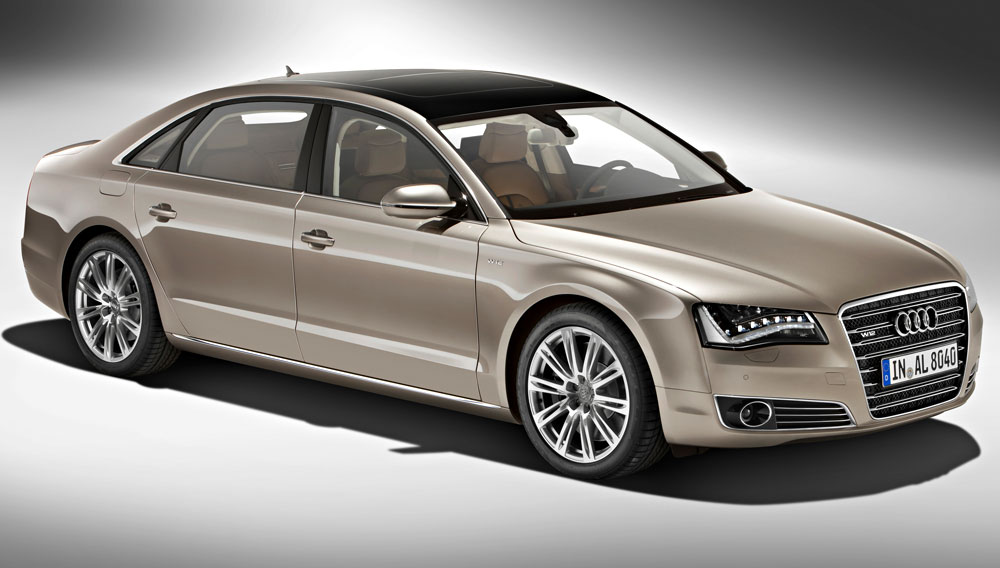 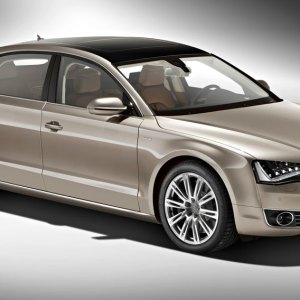 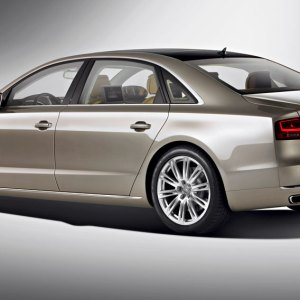 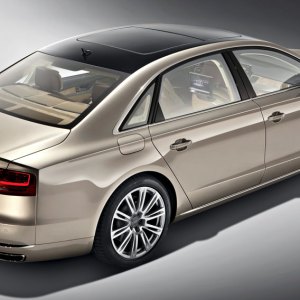 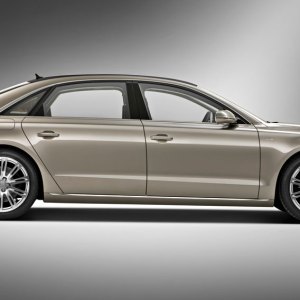 When the latest iteration of Audi’s A8 debuted for 2011, it presented a stupefying blend of artful design, cutting-edge technology, and business-class luxury. The standard A8 4.2 and the quick-to-follow long-wheelbase A8 L 4.2 made fine use of the automaker’s sonorous and refined 4.2-liter V-8 engine, producing 372 hp and 328 ft lbs of torque. Performance was spirited, but there was little doubt that Audi had even bigger plans for its range-topper.

This year, the A8 range expands upward with the arrival of the A8 L W12 Quattro, a car that enters the rarefied domain of the V-12-powered Mercedes-Benz S600 and BMW 760Li. It’ll take a keen eye to spot the differences between the 12- and 8-cylinder A8 models—differences that include the new model’s elegantly restyled grille and trapezoidal tailpipes—but with a stab of the right foot, the W12 separates itself from its siblings in dramatic fashion.

Audi’s W-12 engine—essentially two narrow-angle V-6s conjoined on a single crankshaft—displaces 6.3 liters and employs direct fuel injection for extraordinary responsiveness and impressive fuel efficiency. The result is an ample 500 hp and 461 ft lbs of torque, delivered to all four wheels through a suitably cutting-edge 8-speed automatic transmission. Sixty miles per hour arrives in about 4.4 seconds—more than a second sooner than its V-8-powered sibling.

Naturally, the top-tier version of Audi’s top-tier sedan wants for precious little when it comes to classic luxury and advanced technology. The front seats, for instance, boast 22-way power adjustability and yards of finely stitched Valcona hide that wouldn’t be out of place in one of the A8’s corporate cousins from Bentley Motors. Heating, ventilation, and massage functions for front and rear seats are available, as are reclining “executive” rear seats with private-jet-style extendable footrests. Audi’s dazzling, Google Earth–integrated GPS navigation system is standard, as is onboard Wi-Fi hotspot capability, with Internet connectivity through the car’s own 3G cellular setup. Among the car’s few options, the 19-speaker, 1,400-watt Bang & Olufsen audio system is a magnificent must-have.