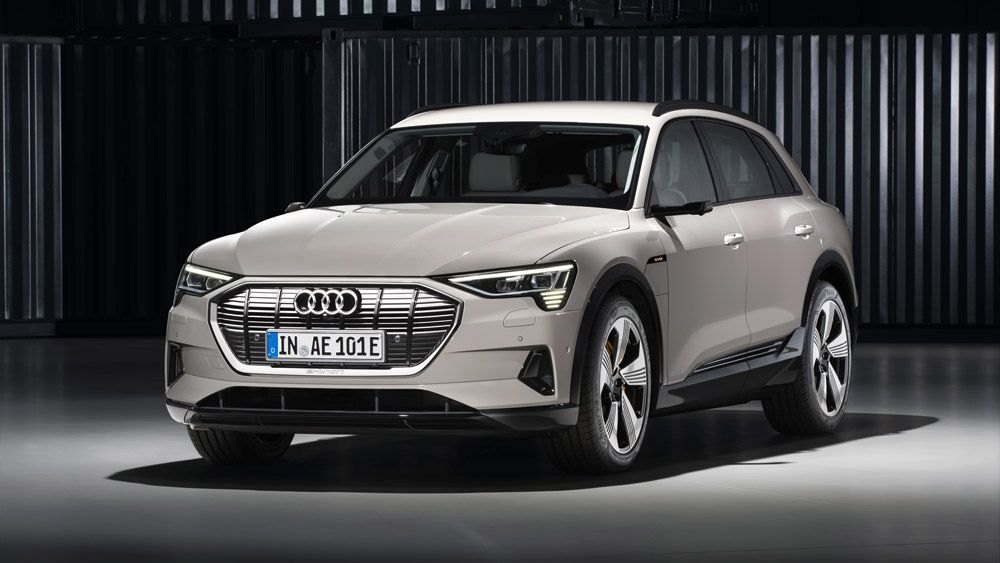 Not only are electric cars the most environmentally friendly four-wheelers, but at least one is now also the safest. Audi’s flagship electric vehicle, the e-tron SUV, has just won the 2019 Top Safety Pick+ award from the Insurance Institute for Highway Safety (IIHS)—and it’s the first-ever battery-powered car to do so.

To earn such recognition, a vehicle has to receive “good” ratings in all crash tests, as well as an “advanced” or “superior” score for front-crash prevention.  The e-tron passed with flying colors, receiving the highest “good” rating across the board. The SUV’s “Pre Sense Front” automatic emergency braking system was able to avoid a crash at 25 mph and the vehicle successfully slowed its impact speed by an average of 11 mph in the 12 mph test.

The e-Tron, which starts at $75,000 (a special edition model fetches 85,000), is a lithe SUV comparable to Tesla’s Model X or Jaguar’s I-Pace, neither of which have been fully tested by the IIHS yet. Tesla’s Model X has previously been recognized for its supreme safety, but the Model S performed rather poorly during its IIHS tests back in 2017. (Tesla subsequently questioned the nonprofit organization’s “methods and motivations.”) But earlier this month, the IIHS announced it would begin safety testing the Model 3 and since it has already achieved an all-around five-star safety rating from the National Highway Traffic Safety Administration, Tesla could momentarily snatch Audi’s newly achieved title.

The e-Tron’s exceptional rating from the IIHS is surely welcome news to Audi as the SUV endured a rather shaky start: First, the launch was delayed after Audi’s CEO was arrested, then the slated release date was pushed back due to battery shortages. And when the e-tron finally took to the tar, there was a swift recall because of a fire risk. Thus, the accolade couldn’t come at a better time—and since there’s a whole family of Audi models that will be electrified over the years, it bodes well for the marque’s electric future.

Check out a video of the Top Safety Pick+ Test below: