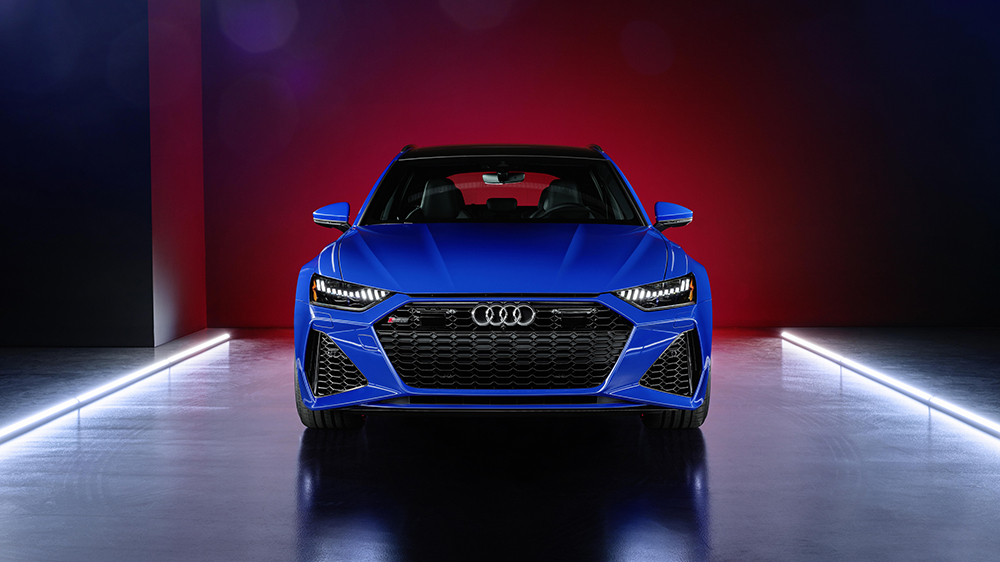 It took long enough, but last year finally saw Audi bring the RS6 Avant Stateside after decades of overtures from loyalists. Now the company wants to up the ante and give US buyers the chance to own the storied super wagon in striking Nogaro Blue.

If you want to get the sporty wagon in the iconic color you’re going to have to get lucky. The variant is only available as part of the limited-edition RS Tribute Edition variant, according to a press release. And that trim package, which is sure to be in high-demand amongst the German automaker’s most dedicated fans, will be part of a run of just 25 examples.

So, why is the cobalt blue hue such a big deal? Because, as Road & Track points out, it’s the defining color of the RS2 Avant, the rally-inspired wagon that laid the groundwork for the RS6. That vehicle, which was not only the first RS model but also Audi’s first performance wagon, was depicted in an early advertising campaign in Nogaro Blue, making it something of a Holy Grail for enthusiasts.

Of course, there’s more to the RS Tribute Edition than its primary paint color. Other premium touches include gloss black accents that give the vehicle and even sharper feel than normal. It also comes with red brake calipers and 5-V-spoke aluminum wheels. Inside the car, you’ll find special denim blue contrast stitching on the sport seats, steering wheel and other leather design elements. It’s also equipped with the automaker’s Executive and Driver Assistance packages.

Under the hood everything has been left untouched, and that’s for the best. The wagon is still powered by a brawny 4.0-liter twin-turbo V8 engine capable of 591 hp and 590 lb-ft of torque, which conspire to push the car from zero to 60 mph in just 3.5 seconds.

If you’re lucky enough to land a RS6 RS Tribute Edition, be prepared to fork out some extra dough. The one-of-25 variant has a $136,8000 sticker, which is nearly $30,000 more than the standard version. Our opinion? Totally worth it.

The Nogaro Blue wagon, along with every other color of the vehicle, is on sale now.