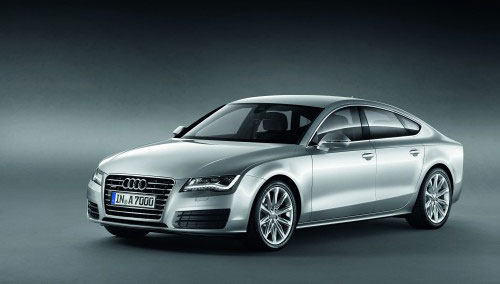 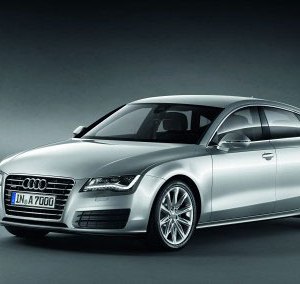 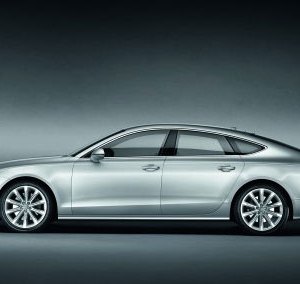 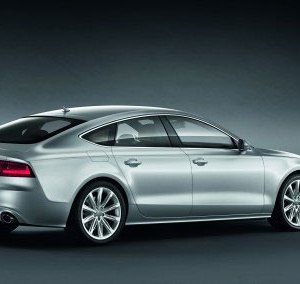 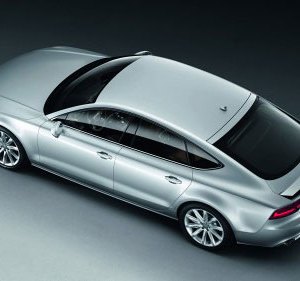 With new-model offerings in the four-door coupe segment from nearly every luxury automaker this year, this relatively new automotive market share appears to be bursting at the seams. Now Audi has decided to throw its hat into the ring with the all-new A7. Although it is a little late to the party, the Audi A7 really shows other manufacturers how a car like this should be done.

First, the car is sleek and sophisticated, unlike the Porsche Panamera—the A7’s corporate cousin—or the BMW GranTurismo, which both sacrifice style for spaciousness and beauty for boldness. And while the A7 cannot hold a candle to the immaculately elegant design of the Aston Martin Rapide, the German-built car is actually fitted with acceptable rear-doors and enough room to fit two grown adults.

Additionally, the A7 should never be mistaken for a re-badged Volkswagen CC, as Audi’s newest model actually rides on a chassis that is also developed for the forthcoming A6. Apart from the chassis, the A7 also borrows its 3-liter supercharged V-6 engine from the A6, which produces a respectable 300 horsepower and 310 foot-pounds of torque.

And yes, the A7 may ride on the same chassis and use the same engine as the A6, but the interior is actually more akin to the Audi A8. The A7 features the same MMI touch system, which combines the car’s high-tech navigation system with an easy-to-use touch pad on the center console.  The car also offers Audi’s optional 1,300-watt Bang & Olufsen sound system and a heads-up display—a first for Audi.

While the Audi A7 is far from being the first offering in this segment—the Mercedes-Benz CLS launched back in 2003—it is certainly among the best. So feel free to call it a sedan, a coupe, or even a hatchback, but it really doesn’t matter what you label it because the Audi A7 offers the best of all worlds. Expect to see this four-door beauty in showrooms early next year with a price tag in the neighborhood of $60,000.