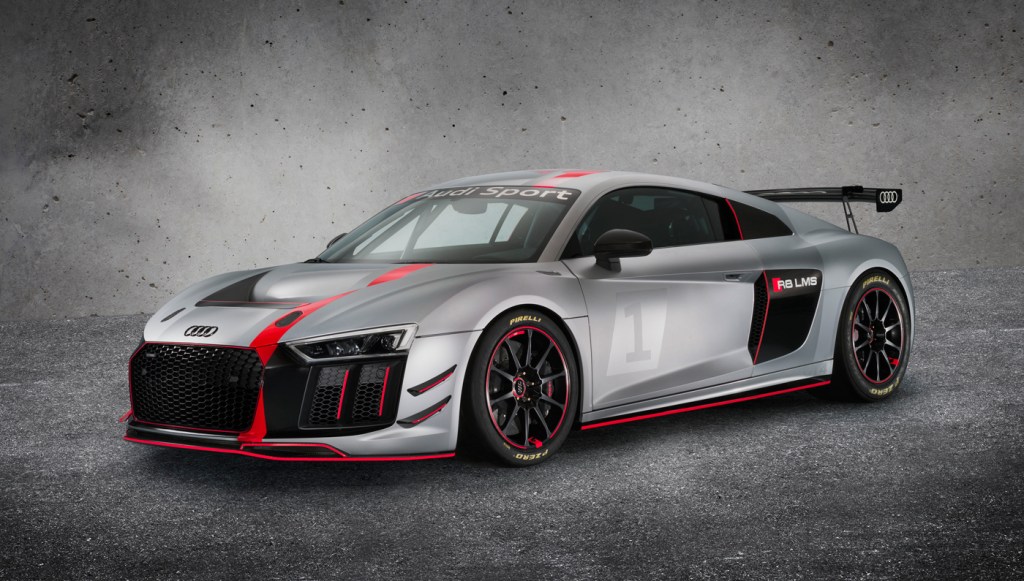 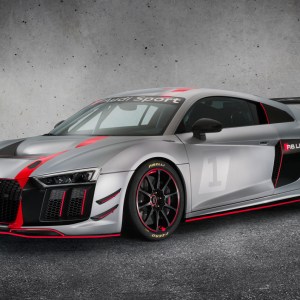 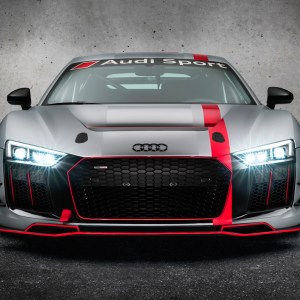 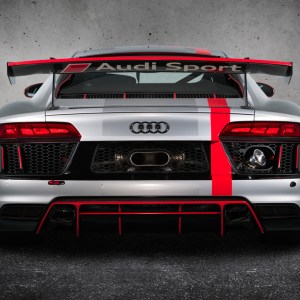 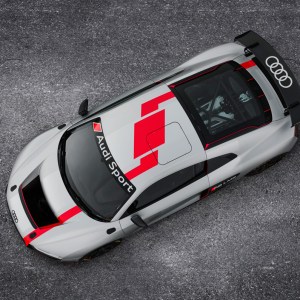 Amateur racers will soon have another vehicle to help them attain victory lane now that Audi Sport GmbH has announced its new Audi R8 LMS GT4 racecar. Introduced in New York on April 11, the Le Mans–class (LMS) model has been designed and engineered to meet the performance parameters first established for the GT4 European Series—a collection of motorsport contests launched in 2007 and limited to non-professional drivers.

The rear-wheel-drive competitor is based off of the Audi R8 Coupe, the marque’s powerful daily driver, and shares 60-percent of its componentry with the latter. Built over an Audi Space Frame (ASF) chassis, the car’s body is created from aluminum and composite materials and covers a naturally aspirated 5.2-liter V-10 engine that can generate up to 495 hp (variable to specific race requirements) and 405 ft lbs of torque. And a 7-speed double-clutch transmission (with paddle shifters) ensures precise gear engagement. The power train permits a top speed of 155 mph and acceleration from zero to 62 mph in less than 4 seconds. With a premium placed on safety, Audi’s team have integrated a number of protective measures for the pilot, including a steel safety cage (mounted to the car’s chassis at six points), safety nets, crash foam within the doors, PS3 safety seats with six-point harnesses, and a fire extinguishing system. The cockpit arrangement also facilitates driver and automobile interaction with a layout that includes a number of controls located on the steering wheel and a center display presenting relevant performance metrics.

The GT4-compliant coupe follows Audi’s R8 LMS GT3 (debuted in 2009) and the RS LMS (released last year) intended for the GT3 and TCR racing categories, respectively. Audi’s latest entry is a timely one, as the GT4 series is expanding its global reach to include Australia, Asia, and North America. The Audi R8 LMS GT4 will first see action at the Nürburgring 24 Hours event being held from May 25 through 28.

While no starting price has been officially announced for the car, the expected cost range is between $200,000 and $250,000. Deliveries should begin later this year. (audiusa.com)