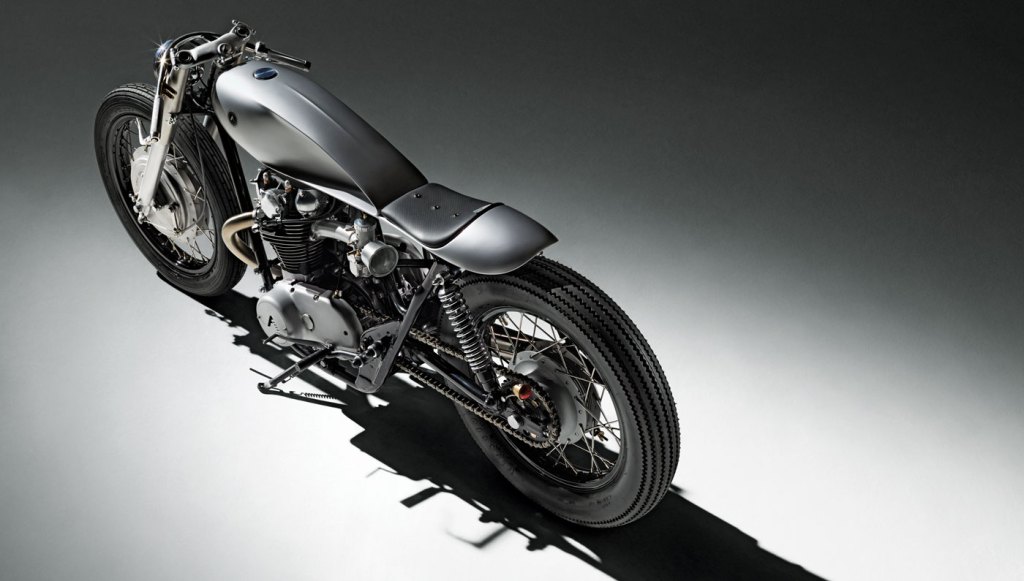 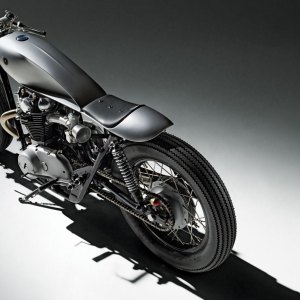 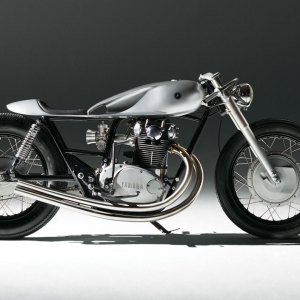 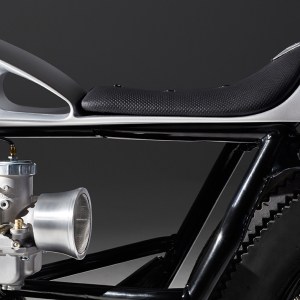 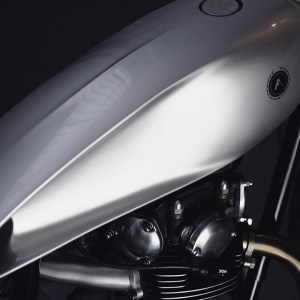 Gazmend and Bujar Muharremi, the Kosovar brothers behind the British motorcycle shop Auto Fabrica (autofabrica.com), describe their designs as “complicatedly simple.” Their bikes appear minimalistic because most of the moving parts are concealed; yet they also feature intricate detailing. The distinguishing decorative element of the Type 6, the model shown here, is the fuel tank’s scalloped sides. While suggesting air intakes, they also enhance the bike’s streamlined look. The tank and seat base are a single unit, made from 2.5 mm aluminum that was rolled and hammered by hand.

The Type 6, which was exhibited earlier this year with Auto Fabrica’s Type 8 at Maximilian Büsser’s M.A.D. Gallery in Geneva (mbandf.com), is priced at about $82,000.

Auto Fabrica has been in business since 2013, producing eight to 12 motorcycles a year. Each is unique; some are commissioned; and all begin with a “donor bike,” a classic model that is stripped of most of its components and then refitted primarily with parts that the brothers build. For the Type 6, Gazmend and Bujar started with a 1979 Yamaha XS650, and after removing the factory components, they fitted it with their own stainless-steel exhaust system, handlebars, levers, and fork covers, as well as the seat and fuel tank.