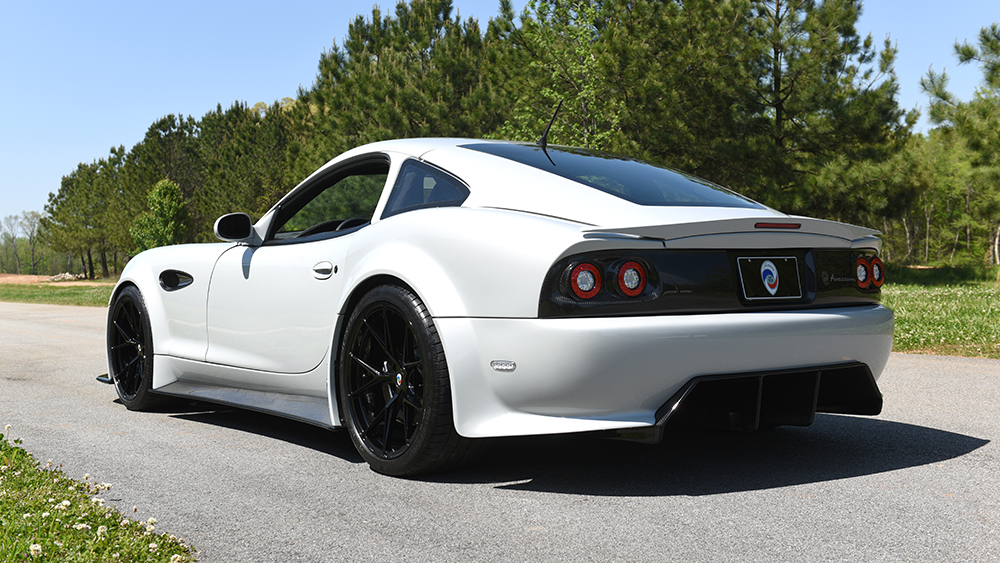 A boutique automaker northeast of Atlanta, Panoz has specialized in hand-built sports cars since its formation in 1989 by Daniel Panoz, who, along with his father, Don, also created the American Le Mans Series in motorsport. The man behind the marque explains why he offers a Corvette engine option for his new made-to-order model, and where he sees the sports-car market turning.

Why choose GM engines, like the one  from the Corvette Z06, for your Avezzano coupe?

What GM has done with its pushrod V-8 technology is a great example of evolution over revolution, which is close to my heart. Here is a supercharged engine that’s relatively light, easy to maintain, supremely powerful and, at highway speeds, surprisingly economical. And in the Avezzano, the LT3 and LT4 versions of the engine deliver sensational performance.

Could the new C8 Corvette reboot interest in two-seaters?

The new mid-engined ’Vette is a landmark car. Its design, performance and technology are all very impressive. But when you add in the $60,000 price point, there’s tremendous appeal.

Is the future of the sports car electric?

As Elon Musk will no doubt show with his upcoming Tesla Roadster, an electric drivetrain can deliver sensational performance. But in my opinion, the traditional gas-powered sports car still has a lot of legs, especially if there’s a single-minded intent on weight savings. That’s why we are focused  on ways to incorporate more magnesium in the construction. I think it’s going to be hard to give an electric vehicle the level of emotion you get with something like a new Corvette. But I’m much more of an analog person.

Do you have plans for an electric Panoz?

You’ll hear very soon about an electric SUV we’re working on with a group of partners. Before he died, my father, Don, was passionate about an electrified future. He was one of the pioneers of imagining an electric car racing at Le Mans, and I’m continuing his EV work.