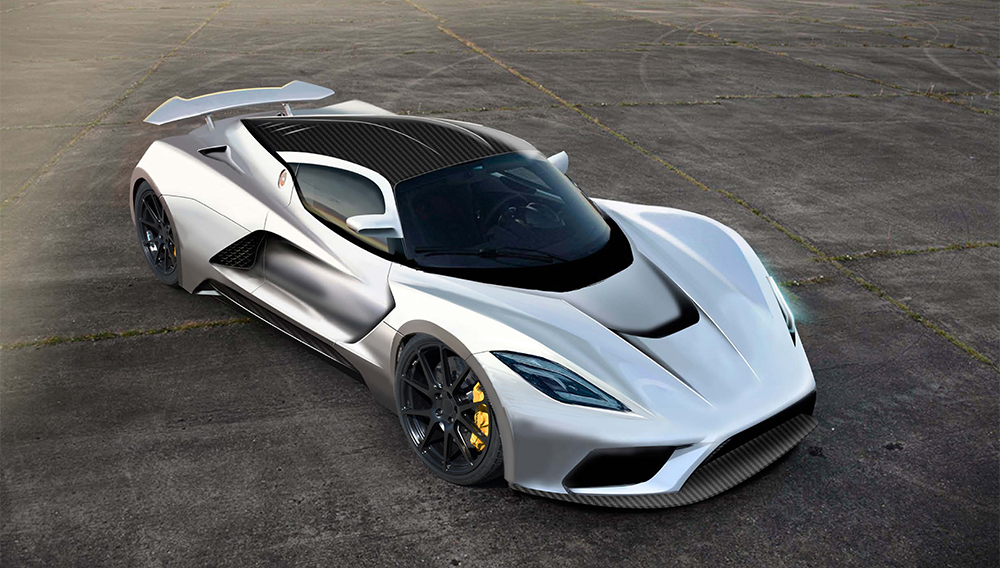 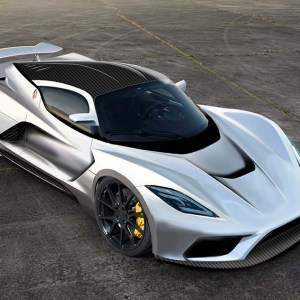 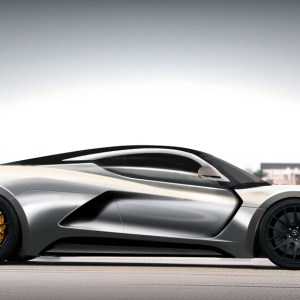 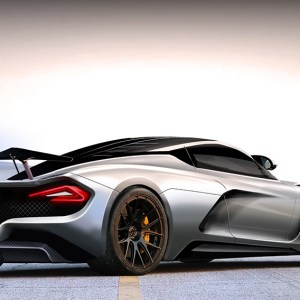 Named after the highest classification on the Fujita scale—which is used to measure the strength of tornadoes—the Venom F5 promises to be quicker and faster and to handle better than its forebear. While the Venom GT was able to break the 270 mph barrier, Hennessey hopes the F5 will have a top speed exceeding 290 mph. Most of this performance boost comes from a larger turbocharger affixed to the car’s V-8 GM engine and from reworked aerodynamics that reduce the vehicle’s drag coefficient from 0.44 to less than 0.4. Though official stats for the car are still forthcoming, the shop reports that it may produce over 1,400 hp—besting its predecessor by more than 200 hp.

The new car is also expected to accelerate more quickly than the GT, thanks to lightweight carbon-fiber and aluminum components that keep its curb weight under 2,900 pounds and to a new single-clutch paddle-shift transmission. Unlike its predecessor, the F5 will be equipped with a GPS-based stability and traction control system that will improve handling and, in turn, safety.

Pricing for the Venom F5 has not yet been determined, but it will exceed the GT’s $1.2 million price tag. Hennessey plans to build at least 30 examples of the F5, which it will begin delivering to customers in late 2016. (www.venomgt.com/venom-f5)