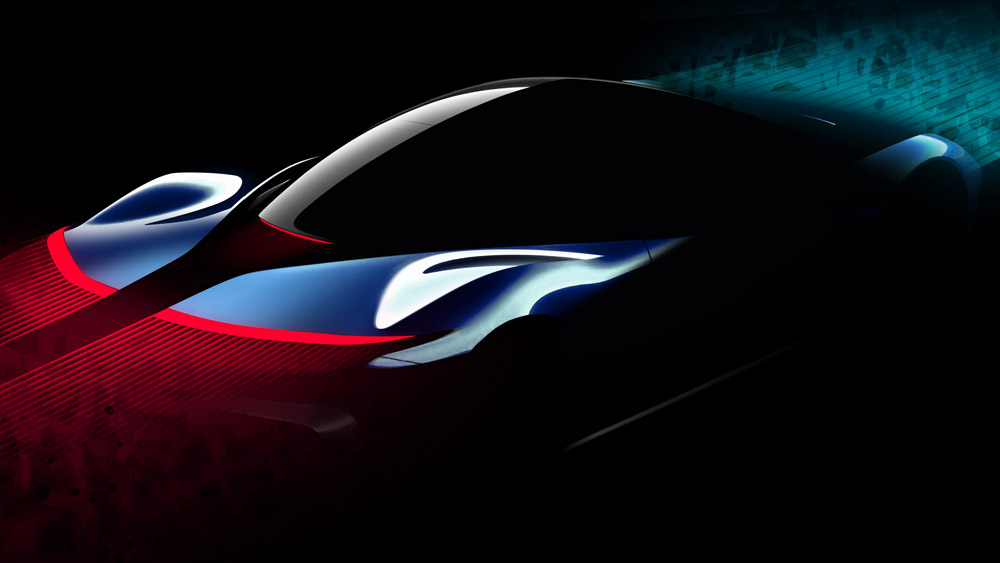 During Monterey Car Week, legendary coachbuilder and design house Automobili Pininfarina gave a peek into the future—its own future. Historically known for penning some of the more beautiful and iconic automobile bodies such as the Cisitalia, Nash-Healey, and Ferrari Sergio, Pininfarina is being escorted into the next generation by its own bloodline, company chairman Paulo Pininfarina.

“Our American dream was established in the 1920s, even before the company was formed. My grandfather Battista visited Ford and at the end of his tour had lunch with Henry Ford, who asked him to become their chief stylist. But he had other ideas, and the rest is automotive history,” said Pininfarina.

With only teaser images released so far, Automobili Pinifarina’s very first production car, code-named PF0, was developed by the Pininfarina SpA Design Studio under the guidance of the company’s group design director, Carlo Bonzanigo. Handcrafted in Cambiano, Italy, this zero-emissions, fully electric hypercar made its global debut as part of the Monterey Car Week festivities, including private viewings during the Pebble Beach Concours d’Elegance. A full-scale design model was displayed with a virtual tour inside and out, giving a glimpse into what one of only 150 examples will comprise.

With approximately 2,000 hp, the car will crush zero to 60 mph in less than 2 seconds and reach a top speed of close to 250 mph.  Rendering: Courtesy Automobili Pininfarina.

With Pininfarina’s company philosophy of purity and performance, I can tell you that there is a very simple yet powerful design language expressed in the car (photographs were not allowed). This is the brand’s heritage and its strength. Most striking on the PF0 was the rear end, highlighting a described “honeycomb” split-spoiler center, complementing wide and swooping fenders. Nothing will be in your face—no wild wings, overuse of exposed carbon fiber, or vast air intakes to distract you from design flaws.

“The design of the PF0 is very special, with lots of unique design touches like the split tail that gives the car a special identity,” said Luca Borgogno, the company’s head of design.

According to Michael Perschke, Automobili Pininfarina’s CEO: “The PF0 will look like it has been designed with just a few strokes of the pen, and what it stands for is purity of design and purity of emissions.

”What can we expect? Well, we will just have to hold our breath a bit until the official launch in 2020, but the electric hypercar is reported to make peak power at around 2,000 hp and reach zero to 60 mph in just under two seconds. Top speed is said to be near 250 mph, and the car’s full charge range will be 310 miles. As far as price, Automobili Pininfarina is taking deposits now for this limited-production masterpiece that could cost as much as $2.5 million.