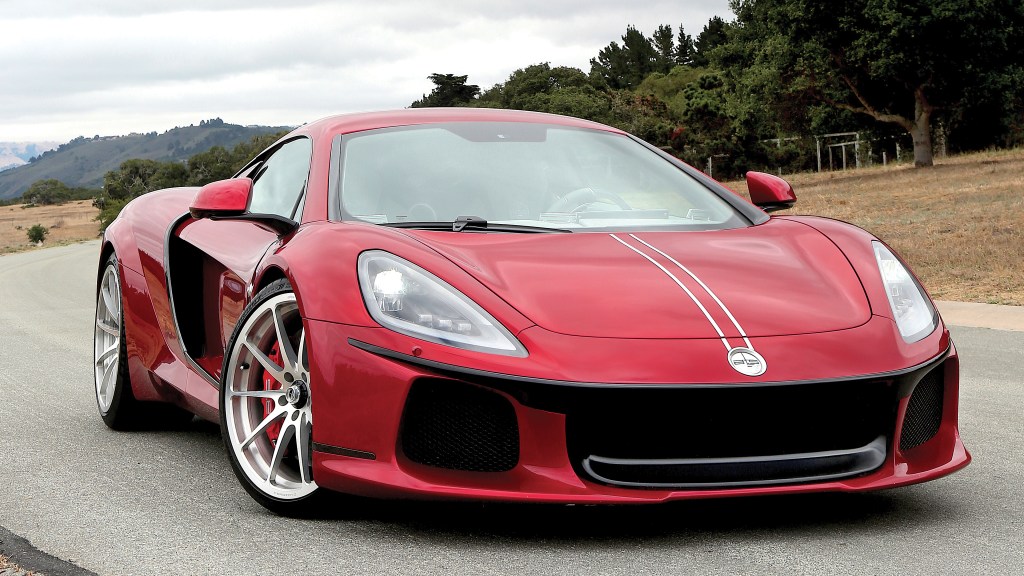 True connoisseurs of automobiles take years or even decades to acquire their level of discernment, appreciate proper historical content and context, and use these factors as guides for what to purchase. Then they often keep their cars for a good portion of their lives. Their knowledge of a particular marque’s story, its place in the big picture of automotive history, the pecking order of greatness in a manufacturer’s or coachbuilder’s models, and what really makes for exquisite design or engineering goes far beyond performance stats. It’s nuanced and complex, like a sophisticated palate, not merely an “I only drink first-growth Bordeaux” mind-set.

Which is all to say, the ATS GT is a true connoisseur’s car. Its beauty and subtlety are obviously appealing, as is the nameplate’s intriguing backstory. Automobile Turismo e Sport’s impact on the automotive history behind in 1963, when the original ATS road car disrupted the sports and gran truism scene. To put its degree of innovation into perspective, the ATS 2500 GT was the world’s first mid-engine, road-going supercar, beating the Lamborghini Miura to the punch by three years.

The 2500 GT’s story began two years before its debut, when Ferrari was dominating the competition headlines, winning both the 24 Hours of Le Mans and the endurance racing crown with a front-engine TR61, and the Formula 1 Drivers and Constructors championships with the mid-engine 156 F1. One would think those titles would have brought joyful celebration to the hallways of Maranello in late fall 1961. Instead, there was a collective gasp of shock when eight of Ferrari’s top executives and engineers abruptly exited the company en masse. (Whether they were fired, quit or were fired before they could quit is a matter of some hairsplitting.)

This type of rare occurrence is what really has lasting historic impact, deeper than which of today’s numbers cars wins the 0–60 or quarter-mile battle, or which one most recently set the quickest Nürburgring lap. In 12 to 18 months, these “stats cars” are yesterday’s news, while repercussions from events such as Ferrari’s Palace Revolt in 1961 last a decade or more.

ATS was one of that upheaval’s bigger outcomes. Four months after the walkout, exiled engineers Carlo Chiti and Giotto Bizzarrini, sales manager Girolamo Gardini and others rounded up three very wealthy backers (and Ferrari clients): industrialist Giorgio Billi, tin magnate Jaime Ortiz-Patiño and Scuderia Serenissima patron Count Giovanni Volpi. Together, they formed ATS on February 11, 1962. The company’s goal was to out-Ferrari Ferrari on the road and track. While the latter proved to be a pipe dream, the avant-garde 2500 GT was a true landmark machine.

Making its debut in March 1963, the supercar was the brainchild of Chiti and had a centrally mounted all-aluminum 2.5-liter V-8, 5-speed transmission, 150 mph top speed, disc brakes all around, rigid tubular chassis, independent suspension in the front and rear and so much more that it made Ferrari’s, Maserati’s and Aston’s road cars seem antiquated. The elegant coachwork was styled by Franco Scaglione and crafted by Carrozzeria Allemano, the former being as gifted and artistic as any designer. In addition to the 2500 GT, Scaglione’s résumé includes Alfa’s 33 Stradale, BAT (5, 7 and 9), two Sportivas and Sprint Speciale, plus Lamborghini’s 350 GTV and a number of others.

The idea was to promote ATS’s name through F1 and endurance racing, all while making the world’s most advanced road car. In September 1964, a 2500 GT was Road & Track’s cover story. Seasoned journalist Griff Borgeson summed up a spectacular drive and factory visit by observing, “I was haunted by the thought that what Bugatti was noted for in the past was here, brought fully up to date.” In an even more telling statement, he raved that the car’s “truly great performance” came from “brilliant design and not from brute strength.”

But that article’s realistic, glowing appraisal and the handful of 2500 GTs produced that year were insufficient to keep ATS in the game. Unfortunately, there was friction between the shareholders early on—Billi was self-made, Count Volpi an aristocrat—and that discord all but doomed the effort. Count Volpi was the wealthiest and most experienced in the automotive arena, and the first to go; Ortiz-Patiño soon followed him. While Billi was very successful and quite enthusiastic, he did not have the pocketbook or skill set to handle the whole enterprise. Exacerbating matters was the F1 team’s bad luck (a transporter crash, constant failures to cross the finish line and more) that seemed to dog the effort through the 1963 season. Those F1-team maladies soaked up cash and slowed the development and production of the 2500 GT.

By the time deliveries started in the second half of 1964, it was too little too late, and ATS was forced to shut its doors around the turn of the year. The company and the cars became the perfect “what if” fodder of… well, car connoisseurs. Today, examples of the beauties are rare and coveted. Collector Bruce Milner’s 1964 ATS 2500 GTS took best in show at The Quail, A Motorsports Gathering, in 2017. Recently, it reportedly sold for $3 million to another collector.

The new ATS GT is a marvelous modern rendition of the landmark 2500 GT. Daniele Maritan and Emanuele Bomboi are the forces behind the marque’s resurrection. Maritan is an amateur racer and successful entrepreneur, while Bomboi has lengthy experience in the coachbuilding industry that includes stints at Carrozzeria Bertone and Centro Stile Fiat.

On a private visit to the partners at their villa headquarters in the small village of Pombia, not far from Lake Maggiore in northern Italy, I hear how they came to resurrect the storied marque. As design director at Carrozzeria Viotti, Bomboi created the Willys AW380, a marvelous mid-engine prototype that would become the new Alpine A110. The AW380 was unveiled at 2014’s Bologna Motor Show, which is where the first seeds of the ATS revival were sown.

The two men had already crossed paths, but that Bologna show was the first time they really connected. As their friendship blossomed, their mutual interest in ATS—and tantalizing speculation about what could have been—came to the fore, and the two decided to collaborate on reviving the nameplate. Both savvy in production and design, they took the basic ATS recipe of an elegant, high-performance, mid-engine, two-seat coupe and adapted it to the 21st century.

Parked in the villa’s courtyard is the result of their labors: a harmonious, fluid silhouette possessing graceful proportions and soft curves that were clearly inspired by the original Franco Scaglione design. The following day, I am the first journalist to drive it, and it’s everything a modern supercar should be: loaded with bespoke design and engineering touches, comfortable and refined at low speeds, and a rocket ship when you put your foot in it. The suspension is compliant and communicative and the steering nicely weighted. You could easily use it every day, or have the perfect weekend escape toy.

Bomboi and Maritan have an excellent eye for detail, and speak of “a love of art forms and elegance.” It shows on this car, as one of their goals is to “bring true Italian beauty in design back to the roads.”

And that’s what I see in the GT. This isn’t some flashing neon sign that punches you in the face for attention. Instead, this is a car with inherent, timeless beauty. You gaze at it like an artwork, and each time you do, you notice something new.

Production has begun in ATS’s new atelier on the outskirts of Turin. There, the company is committed to providing buyers with fully bespoke models. Each is to be individually colorized so no two are alike. The interior has the same level of thoughtful, customized design, engineering and craftsmanship as the exterior. McLaren 650S’s drivetrain and platform not only bring reliability and refinement to the car but also eliminate the need for costly and time-consuming homologation.

Despite all these details, some will undoubtedly deride this custom-made machine because of its McLaren underpinnings. Yet few think twice about spending around double the ATS’s $900,000 to $1 million price for a Porsche restored by Singer Vehicle Design that is based upon a considerably more antiquated platform. The latter is heavily modified, the naysayers will declare. So is the ATS.

Which brings us back to the role of connoisseurs on the automotive scene. The ATS GT is a car for them, something with exquisite execution, timeless lines, impressive performance and true handcraftsmanship—all designed, developed and made in a dedicated factory. What remains to be seen is whether there are enough potential clients out there who are focused on more than this week’s “flavor,” simple statistics and blatant, “yes, you will stare at me” design. Let’s hope so.