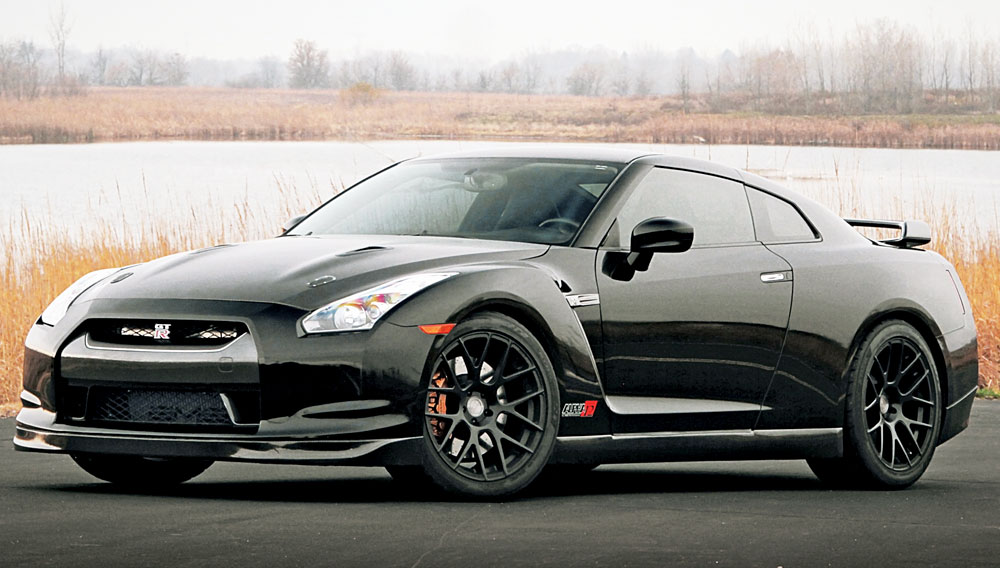 Nicknamed Godzilla because of its monstrous power and country of origin, Nissan’s GT-R is one of the most formidable high-performance automobiles. It rivals the best from Europe and the United States on the drag strip and on the track. And priced at just under $100,000, the GT-R has a performance-per-dollar ratio that, like its scorching acceleration, is nearly unbeatable. But the car is also a pussycat to drive.

In developing the GT-R’s power train, Nissan has employed an overengineer-understress strategy that has rendered the car an ideal candidate for serious performance enhancements. AMS, a 12-year-old tuning company in West Chicago, has seized the opportunity and made Nissan’s monster even scarier.

In addition to boosting the horsepower, each package adds a host of other improvements. The Alpha 12, for instance, increases the engine displacement from the stock 3.8 liters to 4 liters, and it provides intensive structural enhancements to the engine block and reciprocating parts. AMS adds its own race-ported heads and camshafts, large-billet compressor-wheel twin turbos, cast headers, a specialized exhaust system, higher-capacity fuel rails, and fuel-system and ECU engine management. The 6-speed, dual-clutch, paddle-shift transmission—which has been modified by Shepherd—handles the 1,500 hp without stress. The company offers substantial brake and suspension upgrades to complement the massive power increase; these are not included in the base price of the Alpha packages. The Alpha GT-R retains the appearance of the stock GT-R, though AMS can replace the hood, roof, and trunk lid with carbon-fiber versions of those components.

Powerful as it is, the Alpha 12 displays impeccable street manners. Like the Bugatti Veyron and other supercars, it delivers smooth and docile shifts. It steers like a stock GT-R and has a mellow exhaust note—until the hammer drops. Then the car bellows like the performance-enhanced Godzilla that it is.

The sound signifies the Alpha 12’s fury. When running on high-octane racing fuel, the car completes the quarter mile in less than 9 seconds; the Bugatti Veyron Grand Sport takes about a second longer—an eternity on the drag strip. The Alpha 12 rockets from zero to 60 mph in 2.4 seconds, and more impressively, it goes from 60 mph to 130 mph in less than 3.5 seconds. These numbers may position the Alpha 12 as the ultimate stealth performance machine, and they could make this juiced-up monster a supercar builder’s worst nightmare.