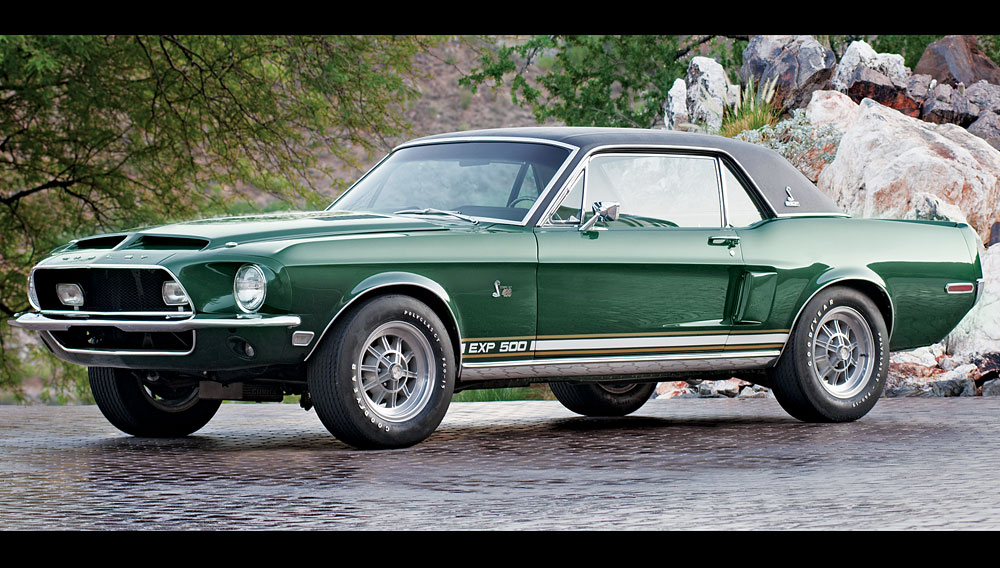 It is an axiom of collecting that when an artist dies, the value of his or her work increases. This also seems to be the case with the work of Carroll Shelby, the legendary auto racer, designer, and entrepreneur. Since his passing last May, prices for cars associated with Shelby have been on the rise.

At RM Auctions’ Monterey sale in August, a 1965 Shelby 427 Competition Cobra sold for nearly $1.5 million, and a 1964 Shelby 289 Competition Cobra fetched more than $1.3 million. The 1968 Ford GT40 that established a record auction price for an American car when it drew a bid of $11 million at RM’s Monterey sale also has a Shelby connection: The car was built when Shelby was running Ford’s racing program.

“The same thing happened when Enzo [Ferrari] passed [in 1988]. Ferraris made a big climb,” says Craig Jackson, chairman and CEO of Barrett-Jackson. “But you’re seeing values increase across the board. Cars are outperforming everything.”

As part of its annual weeklong auction event in Scottsdale, Ariz., Barrett-Jackson will conduct a Salon Collection sale of highly collectible autos on January 19. Among the 16 cars scheduled to go on the block is the one-of-a-kind 1968 Shelby Mustang known as the Green Hornet because of its lime-gold paint job. Jackson, the car’s owner, describes the car as “probably the most valuable Shelby on the planet.”

The Green Hornet is the rare prototype that escaped the crusher. Ford built it as a prototype for a Mustang GT/Sport Coupe. But after displaying the car on the auto-show circuit, the company decided not to pursue production. Instead of destroying the Green Hornet, Ford sent it to Shelby American, where it served as a platform for such experimental components as independent rear suspension and electronic fuel injection.

When Shelby American was finished with the car, which it had dubbed the EXP 500, a Ford executive purchased it. He eventually sold it to another Ford executive, who gave it to his son to drive while in college. While its significance emerged and its allure grew, the car itself remained in obscurity until the late 1980s, when a collector recognized the Green Hornet and had it restored.

Two other Shelby cars will be in the spotlight at RM’s Arizona sale on January 18 in Phoenix, at the Arizona Biltmore. The auction will feature a 1967 427 S/C Cobra—one of only 30 built—and a 1963 competition Cobra built for Scarab racing-team founder and driver Lance Reventlow, a patron and friend of Shelby’s.

Jackson, too, was a longtime friend of Shelby’s—he named his daughter Shelby—which is one of the reasons he has mixed feelings about parting with the Green Hornet. “I miss Carroll. I have so many memories of Carroll with that car,” he says; he would often bring the Green Hornet to car shows where Shelby was a featured guest. “I’ve had my time with it. I’ve owned it for over a decade. There are a lot of people who want the car; I’ve had a lot of inquiries. So maybe it’s time to sell it.”