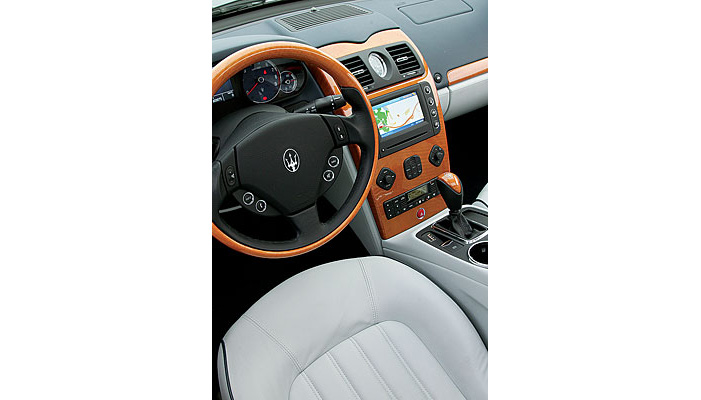 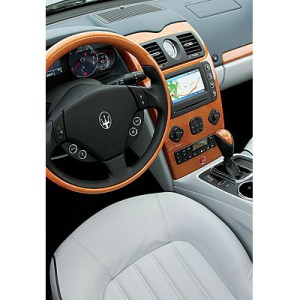 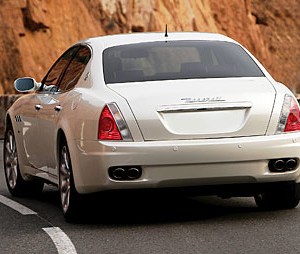 One writer damned the Quasi-Automatic Transmission in the otherwise smooth and affable Maserati Quattroporte for its mechanical hiccups and “up-shifts that are depressingly clumsy and slow.” Another reviewer noted identical burps, adding, “The vehicle often dives during the power lag between shifts.”

In our 2004 evaluations of Maserati’s then-new sedan, most of us scribes agreed that the Quattroporte was a dashing, powerful, sophisticated, feisty, and suitably nostalgic Italian job. But nearly all of us found fault with the car’s 6-speed DuoSelect transmission. In particular, we objected to the button-activated automatic mode, the wonky alternative to the Quattroporte’s precise paddle-shifting manual system.

At the time, Maserati officials huffed at the criticisms. They said the DuoSelect’s manual mode was perfect for European drivers who like to interact with their cars via paddle-operated sequential shifters. The automatic mode, explained the Maser men, really was more of a backup, something for the ladies to use, or for anyone weary from the office or stuck in traffic on a rainy day and needing no further challenges to his coràggio.

Since then, however, Maserati has had a change of heart. CEO Roberto Ronchi has decreed that although the DuoSelect was the “right gearbox for the car,” there was indeed an argument to be made “for advancing our business by producing an automatic…moving to a newer level of comfort while maintaining our level of sportiness.”

Thus Maserati now is offering fully automatic versions of the Quattroporte and its companions, the Quattroporte Executive GT and Sport GT. DuoSelect remains available, but the company expects that eventually fewer than one-third of its customers will request it, and possibly even fewer in places such as the United States, where the driving population prefers fewer lumps in its automatics, and where Maserati does more than 40 percent of its business.

The new transmission, designed by ZF—the German company that also has made 6-speed automatic transmissions for Aston Martin, Bentley, and Rolls-Royce—represents a major reengineering of the car. With the DuoSelect, an adaptation of Ferrari’s Cambiocorsa transmission, the front-engine, rear-drive Quattroporte used a transaxle with a rigid connection to the gearbox mounted between the rear wheels. For the new automatic, Maserati has moved the gearbox forward and mounted it flush with the engine.

To accommodate the change, Maserati also moved the Ferrari-based, 400 hp, 4.2-liter V-8 slightly forward, which has improved the car’s weight distribution, balance, and handling. Because it already had the patient prepped for such major surgery, Maserati also went ahead and tinkered with the engine, fitting it with a wet sump, improving its aspiration, and modifying its pistons.

The new transmission and revamped engine improve the Quattroporte’s torque to 460 ft lbs, which arrives at 4,250 rpm. But by adding 40 pounds to the car, the makeover slightly reduces its top speed (by 3 mph) and its acceleration from zero to 60 mph (by 0.3 seconds). The changes also are expected to increase the Quattroporte’s base price from $108,000 to as much as $120,000.

Everything else about the Quattroporte—the Pininfarina styling, superb Italian materials and craftsmanship, full creature comforts and conveniences, and all the technologies for secure mobility—remains unchanged. (Maserati has added Grigio Granito, Bianco Fuji, and Nero Carbonio, which are new paint schemes and not an old wine list.)

On the road, on the A8 autoroute connecting Monaco to Nice, and on the tortuous Corniches that snared Princess Grace, the nuòvo Quattroporte performed with its customary poise and high performance. However, we were in Monte Carlo to measure the new transmission, and, whether upshifting or downshifting, the repositioned gearbox operated in a smooth and buttery fashion, neither snatching nor grabbing for cogs. It delivered power the instant we demanded it—and usually with the appropriate gear.

CEO Ronchi does have a point, though: Without paddles, a car can become piuttòsto noióso, or somewhat boring. But such is the consequence of an automatic transmission that eliminates all challenges and meets every requirement for minimum effort.