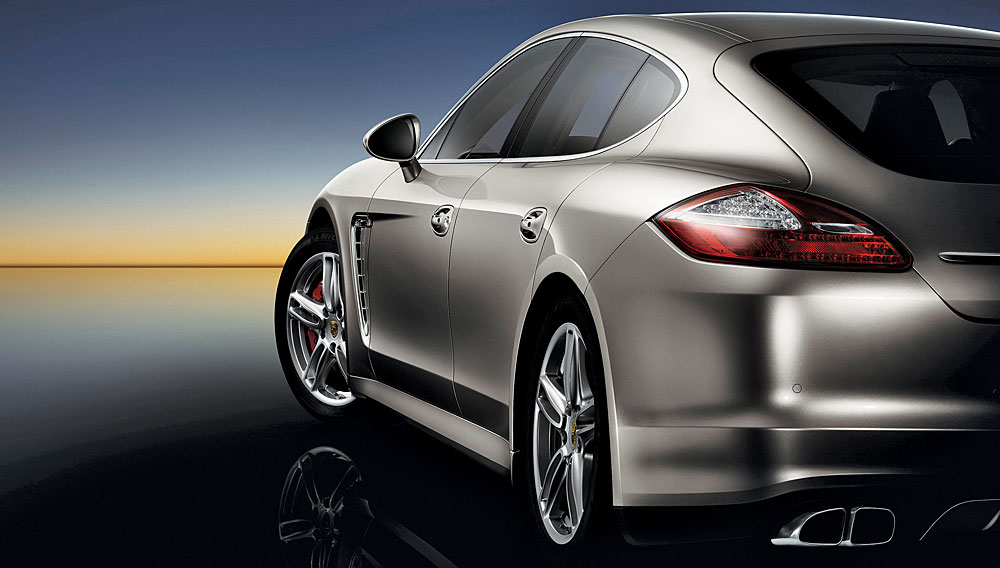 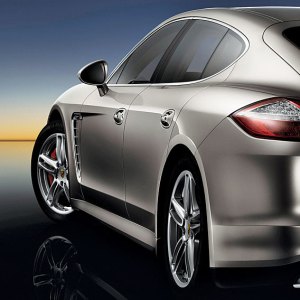 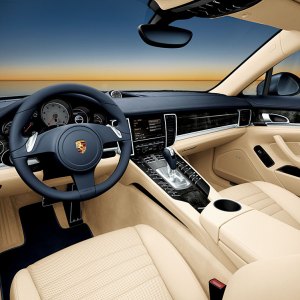 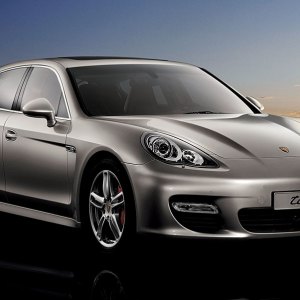 Admittedly, the Panamera’s looks are an acquired taste. But for a moment, banish from your thoughts the knowledge that, from the wrong angle, Porsche’s debut sedan vaguely resembles the aesthetically unfortunate 928 of the 1980s. Forget the troubling headlines emerging from Stuttgart about the company’s financial woes and its impending shotgun marriage to Volkswagen. For now, focus instead on the fact that this much-discussed, masterfully engineered four-door more than lives up to its high-performance heritage.

In designing the three Panamera gran turismo models—S, 4S, and Turbo—Porsche engineers sought to imbue their luxurious four-passenger sedan with some of the outrageous power and turn-on-a-pfennig handling that enthusiasts so prize in the company’s coupes. To a surprising degree, they have succeeded. The Panamera S and 4S (priced at $89,800 and $93,800, respectively) both employ a formidable 400 hp V-8 engine, while the $132,600 Turbo (above) boasts a 500 hp, twin-turbocharged V-8 that fires it from a full stop to 60 mph in roughly 4 seconds. The Panamera also handles well, even though its steering is strangely light for a car that weighs 4,000 pounds. Its 7-speed PDK double-clutch gearbox performs smoothly, even in challenging traffic.

The Panamera’s melding of coupelike performance with the elegance and spaciousness of a larger luxury car could ultimately win over even the most skeptical purists who view Porsche’s non-911 offerings as the fruits of heresy. Its interior features button-laden consoles resembling large, ultra-high-end cell phones that separate leather-bound bucket seats in the front and back. In the driver’s cockpit, intuitively placed controls and gauges make piloting the car almost effortless (kudos to Porsche for giving the driver a perfectly placed mini-GPS screen on the dash). And, perhaps most importantly, the driver and passengers enjoy ample legroom.

Yet the Panamera may prove significant for reasons other than its technical and aesthetic merits: This could be the last automobile Porsche develops as an independent manufacturer. As Robb Report went to press, Porsche and Volkswagen were negotiating the final terms of a merger that, reportedly, would place VW firmly in the driver’s seat. Such a union would be a bitter outcome in Porsche’s multiyear attempt to acquire a majority stake in the much larger VW. This hubristic effort has saddled the Stuttgart-based manufacturer with a staggering debt load that threatens its solvency. Volkswagen, flush with cash, has offered to bail Porsche out, but on its terms. It appears that fiercely independent Porsche may soon become just another division of Europe’s largest automaker.

Bearing this gloomy possibility in mind, my fellow journalists and I savored the raw power of the Panamera S during a test-drive in June near Elmau, Germany. The experience deepened considerably our appreciation for Porsche’s unique ability to infuse into something as mundane as a sedan’s shell the hedonistic personality of a sports car. As we drove, traffic on the Bavarian autobahn cleared near the Austrian border, and we accelerated effortlessly to 169.2 mph. At this speed, the car remained quiet, responsive, and easily controlled, performing exactly as its designers intended. When the driver shouted “Brake!” and slammed the pedal to a point just short of activating the antilock functionality, the Panamera decelerated instantly but with poise. We passengers, however, did not: The g-forces kicked in, throwing our limbs, heads, and sunglasses forward. The maneuver left us light-headed and exhilarated, which was to be expected. After all, its four doors and odd appearance notwithstanding, this was a Porsche, through and through.