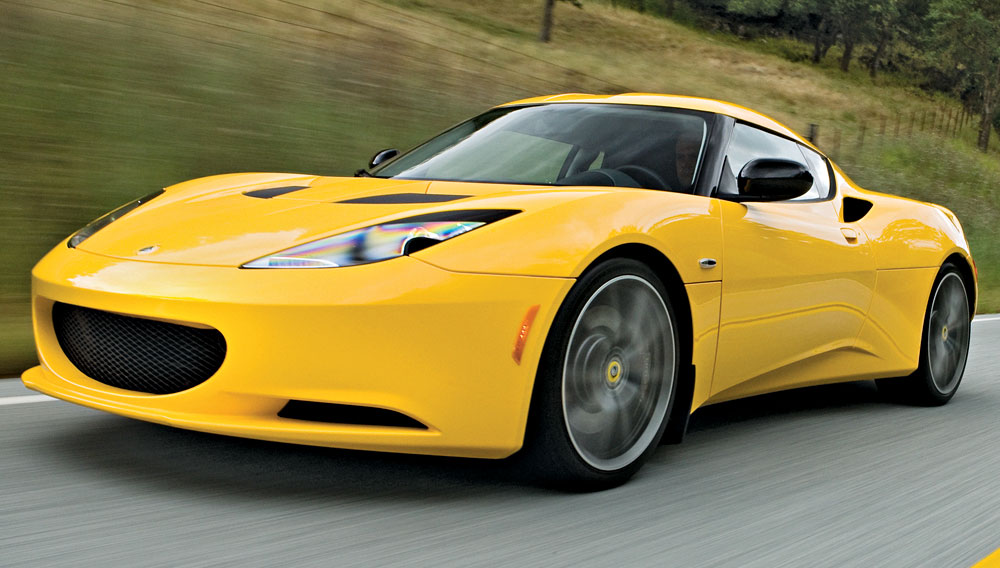 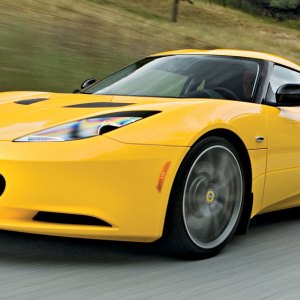 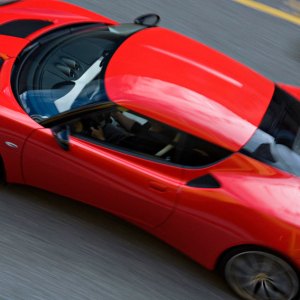 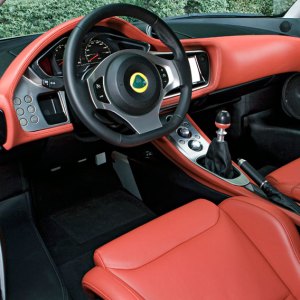 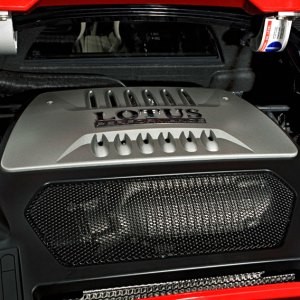 British-built lotus road cars have long been known for their light weight and nimble handling. The Evora, introduced in 2009 as the company’s first all-new production model since 1995, embodies both of these virtues. The recently launched Evora S has more of a third quality for which Lotuses are not renowned: power.

Lotus has fastened a supercharger to the Toyota-sourced 3.5-liter V-6 that propels the naturally aspirated Evora, boosting horsepower from 276 to 345 and torque from 258 ft lbs to 295. The Evora S, which weighs only 3,168 pounds (122 pounds heavier than the standard Evora), races from zero to 60 mph in 4.3 seconds; the standard Evora achieves that mark in 4.9 seconds. The car’s top speed is 172 mph.

“The S is the next level of Evora experience,” says Group Lotus CEO Dany Bahar. “It communicates with you better. The suspension setting has been fine-tuned for added power and control, so it responds even more to direction. It’s an instinctual car; the experience is pure.”

On the track at Northern California’s Mazda Raceway Laguna Seca and on the roads in and around nearby Monterey, the Evora S proved fast, commodious, and quiet—even at freeway speeds—and its athleticism was remarkable.

Will the vehicle into a curve with a modest movement of its racecar-style steering wheel, and it responds with the type of precision and agility rarely offered by production cars. Yet its ride is well damped and not overly harsh on rough surfaces. Equally impressive are the car’s massive four-piston-caliper brakes, which can bring it to a stop from 60 mph in just 100 feet, and its sport-ratio, 6-speed manual transmission, which snares the gear of your choice almost intuitively, without the slotted gate still common in Italian exotics.

At a base price of about $76,000, the Evora S is roughly $12,000 more than the standard Evora. In addition to more horsepower, the Evora S comes with a sport package that includes the aforementioned cross-drilled and ventilated brakes, an engine-oil cooler, and a sport driving mode that increases the throttle input, opens bypass valves in the exhaust, reduces the traction control, and raises the redline from 6,800 rpm to 7,200 rpm.

A fully loaded Evora S costs about $88,000 and is equipped with such options as heated seats, a touchscreen navigation system, parking sensors and a back-up camera, an upgraded stereo system, and forged-aluminum wheels (19 inches in the front and 20 inches in the rear) with Pirelli PZero Corsa LS tires.

The Evora S is available with two seats or four. The rear seats in the 2+2 version might not accommodate adult passengers, but they are handy for hauling items that will not fit in the car’s tiny rear trunk.

Lotus, which is based in England and has been owned by the Malaysian carmaker Proton since 1994, plans to build fewer than 1,500 examples of the Evora S per year, and only about 500 will be sold in the United States and Canada. Around Monterey, most folks loved the curvaceous cruise-missile appearance of the Evora S, which looks negligibly different from the standard Evora. But hardly anyone was familiar with the car. The fortunate few who drive one will enjoy telling anyone who asks all about the Evora S.