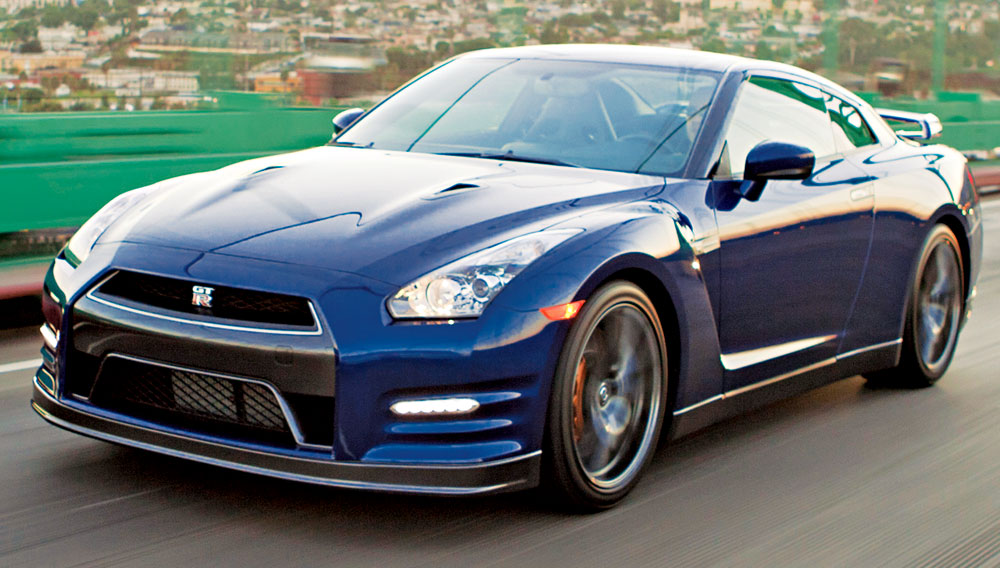 When you drive the 2012 Nissan GT-R, red lights mean go. Flick the toggle beside each of the three letters R on the instrument panel—to set the transmission, suspension, and stability control to launch-control mode—see the bar above each R shine red, stomp on the throttle, and then enjoy or just try to endure the GT-R’s blistering acceleration, as the vehicle hurls from zero to 60 mph in a reported time of less than 3 seconds.

The introduction of the 2012 GT-R earlier this year marked the return of the launch-control feature, which Nissan calls R-Mode Start. According to numerous reports, the company had removed it from the option list after several owners shattered the gearboxes on their 2009 production-year models, the first version offered to U.S. buyers. In a race for pinks—on a closed quarter-mile stretch, of course—only a Porsche 911 Turbo S, a Bugatti Veyron, or the new Lamborghini Aventador LP 700-4 (see Robb Report, August 2011, page 68) can challenge a GT-R equipped with R-Mode Start.

With its anime-style design, the GT-R might not be the prettiest exotic, but its performance numbers certainly are eye-catching. In addition to boasting the 2.9-second zero-to-60-mph time that several publications clocked, the car—powered by a twin-turbocharged 3.8-liter 6-cylinder engine that churns out 530 hp and 448 ft lbs of torque—can achieve a top speed of 196 mph. And with a price of about $90,000, the GT-R is a Ferrari killer that fits a BMW budget.

A curious enhancement to the 2012 model is the “save” driving mode, which can improve the car’s fuel efficiency by limiting the engine’s output. It replaces the equally odd snow-driving mode from previous versions of the car. The GT-R earned its Godzilla moniker for spitting fire, not for sipping fuel; thus, the car’s 23 mpg on the highway probably is not among the performance numbers that owners will work into conversation. If there is any mention of the car’s fuel efficiency, it likely will come after a discussion of the GT-R’s sprint time, top speed, and horsepower, which respectively are .6 seconds quicker, 4 mph faster, and 45 units greater than those of the previous model.

Another enhancement, one that drivers might appreciate more than improved mpg, involves the GT-R’s 6-speed dual-clutch transmission. Nissan has massaged the system so that it changes gears more fluidly than it did on previous versions of the car.

The upgraded transmission also enabled the return of the launch-control feature, which in the hands of a capable owner can leave other drivers seeing red.